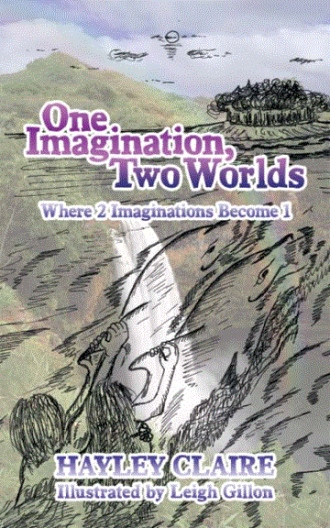 He went on to draw a tree swing and a slide that was carved out of an enormous tree, a big fairground, candyfloss stalls and a water-shooting game – the kind you get at a fair ground.

All the while, there were flashes of light. Then, when he had completed his picture, he put the pen down and realised that the pen had changed colour to match the colour he had been thinking of. How cool is that! He thought, as lights flashed all around him, the pen wrote, “Would you like to go for an adventure?” “Yes,” Robert wrote, and he thought about being on a roller coaster – the one he had been on when his great granddad had taken him to the fairground a couple of years ago. Then suddenly it all became very bright with flashes of light and flickering sparkles. Robert was one minute in his room, the next minute on a roller-coaster ride. He screamed with excitement but, strangely, did not feel a bit sick like he normally does when on a ride at the fairground.

It was great. It was like the fair was being controlled by magic. The tree swing hung down from the tallest tree you have ever seen. Imagine five houses on top of each other, well, that’s how big it was. Underneath the swing was a sludgy muddy ditch. So each time the swing stopped, you had to get your feet all wet and muddy to push it so it went again. It swung high, so high you felt like you were flying. You didn’t have to look up at the birds to see them flying because they were all around you. This is great! Robert thought. There was a strong smell in the air, like that of damp soil after rain. It was a musky, fresh smell. Robert breathed deep, taking in as much air as he could. It felt like breathing for the first time. The air was so clean and fresh; it was like taking a deep breath with a strong mint in your mouth. Robert thought this must be what his mum meant when she said, “We’re going to the countryside for some good clean air,” only, when they did go into the countryside, it never felt as clean as this. Next to the swing was the tree slide, and that too was excellent. At the bottom was also the forest floor, so, when you reached the bottom, you would splash into a great big sludgy pool of mud. Getting dirty was such good fun. There was a water-shooting game just like the one Robert had been imagining when he was drawing it, only it was made entirely out of wood – everything was. If you missed holes where the water was supposed to go in, the water shooter would turn around and squirt you.

Great! Robert thought. The pen must know what you’re imagining, which is a good job because he wasn’t very good at drawing. So whatever he imagined when he was sketching his drawings, it would somehow be in his magical world. It didn’t seem to matter if his drawings weren’t that good or if he didn’t draw them; the pen knew what he was thinking. Robert wondered why it didn’t work earlier when Jonathan was there.

Robert carried on playing the water shooter game. He was having great fun. He kept on missing, which was a good job because he looked rather like something that had just stepped out of a swamp and the water would shoot at him and wash away all the mud that covered him from head to toe. After Robert had been on every one of the rides, he was quite exhausted.

So he had some candyfloss and pop from one of the stalls, which you didn’t have to pay for because there was no one there to serve you. He went to sit at the top of a hill which overlooked a lake. The fair was in a somewhat hidden patch of woodland in a valley – a great big valley. Everything seemed to be made of wood. Things moved not by electricity but by pulley systems. For example, the roller coaster was pulled up to the top by something that looked like scales but was only a lot bigger than the one you use in the kitchen. Lots of dirt would be poured in one side of the scales. It would make that side go down, and so the roller coaster would go up till gravity would make it go down.

He had another swig of his pop, burped in appreciation and threw himself back in amazement, his arms reaching out to the sky as if to say, “Wow! Cool! Super cool!” The smell of the meadow upon which he sat smelt so sweet, he wasn’t sure if it was the flowers or the candyfloss or both. This is completely breathtaking! Robert thought. He couldn’t utter a single word; he was speechless. He then placed his arms behind his head and, with the biggest cheesiest smile you ever did see, closed his eyes.

When he opened them, he was back in his bed. Great! He thought, he could now create his own perfect world. “Robert, lights out now,” his mum called up the stairs. He couldn’t believe it. He had been gone for ages, but it was still the same time. Time stops still, he thought.

“Yes,” he said as he clenched his fist. “Thank you, Great Granddad, thank you,” he whispered. With that his eyes grew heavier and heaver, like someone was pulling his eyelids down with a piece of string, until finally they closed completely and he fell fast asleep. 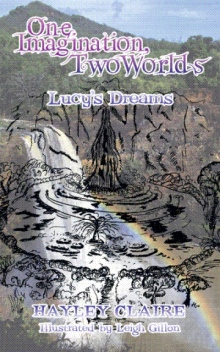 Hayley Claire has cleverly managed to infuse fantasy, fact, dreams and reality to create an explosive story. Robert’s life seems to be full of problems but all is not doom and gloom because he receives a special present - a present that takes him to another world, full of enchanting creatures that result in the most exciting, fun packed adventures. Throughout his childhood years he develops a unique and special friendship filled with love, with a young girl named Lucy. She helps Robert to explore his imagination and teaches him to believe in his dreams. Robert and Lucy are faced with problems that other children may be dealing with. Through Lucy, her mum is able to give parental advice and offer words of comfort, encouragement and hope. This book is intended to be a gift for the future of generations to come and Hayley Claire hopes that it will be the type of book people will want to read again and again.

Hayley Claire believes that as children are heavily influenced by technology, it is more important now than ever, that they are provided with a variety of high quality books to read. The author aims to encourage children to explore and use their imaginations, as well as creating a doorway to positive thinking. She is a firm believer that a cup is always half full, not half empty, and that anyone can cope with a multitude of problems that will make us stronger if we have that one essential ingredient - a positive attitude. It is this attitude that has helped her achieve a diploma and degree in animal behaviour, whilst overcoming the hurdles of dyslexia, studying and working whilst being a single parent. Through this book she hopes to provide children with this message, giving a gift that will last them their life time. Her two passions in life are children and animals/nature and she currently works for an organization that teaches children about the magic of their natural environment. She believes the magic of life is all around us and can bring so much pleasure if we just open our eyes to it and that people should always try to create a magical environment for children. She is a proud parent who has observed through her daughter, the positive influence that this way of thinking can have on a child’s life. She believes that being a parent is the most important job and also a chance to shape the future.