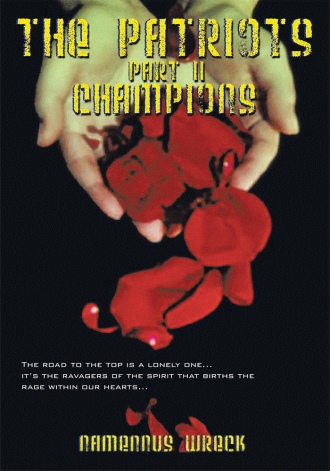 Blood covered his fingers. He peered around, not knowing what to do.

Joey stood up. A paranormal feeling shook his entire body. He had the urge to run, but he didn’t know where to start. He began to convulse wildly. He grabbed onto his chest.

A burning sensation overcame him. His heart pounded too fast for him to control his body’s spasms. Something was trying to exit his insides.

His chest split down the middle. Two claws dug into his stomach lining.

Joey was knocked down by the spasms. The shadow being pulled itself out of his chest, chaos and torment spewed out behind him. Joey could feel the pull all the way down to his toes.

The shadow being whimpered and growled. He wasn’t the hallowed replication of Joey anymore. He was the infant serpent; scaly, reptilian, and animalistic in emergence. It flashed its teeth at Joey.

“What are you?” he said out of breath.

The shadow being didn’t answer. It looked feeble, but not boundless. It still however didn’t answer his question.

Joey hunched over onto his side. He closed his eyes. His hopeless attempt to make his environment change wasn’t doing anything. The shadow being’s chaos reigned supreme through his psyche. The burning in his chest stopped for the moment, but his head pulsated ferociously.

He rolled back onto his back squeezing his head. His teeth bared his anguish. 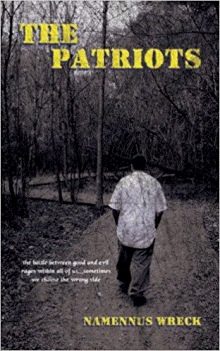 The story now continues.  Joey finds himself at the precipice of stardom, fame, and the unrelenting force of darkness following close behind him.

Joey’s team, the Patriots, are State Champions on their way to another year of battling to keep their title as the best 4A football team in the state, but Coach Knuckles has made a promise that even his team doesn’t know if they can carry out.

Through keeping his obligations to his team, to keeping his sanity from spiraling out of control.  Joey finds himself at the top of his game with the assistance of his shadowy friend, but the events already set in motion threaten to destroy not only his team, but also the ones he loves the most.

Namennus Wreck was born in Long Island, New York.  He has written several short stories throughout his life.  This will be his second published book.  He currently lives with his wife in North Carolina.