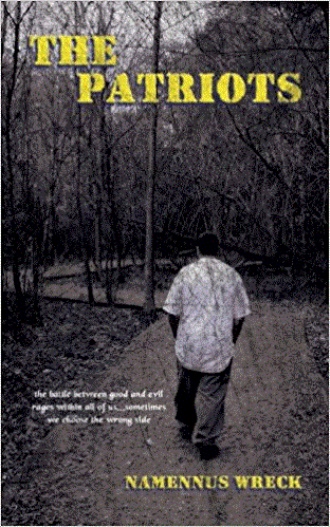 The crowd loved what they saw.  They desired more.  Joey looked around three sixty while it all happened in the blink of an eye.    The play was still going on.  "The Mountain" had thrown the ball back to Gettles.  As the Patriots remained on the ground squirming to get up, three Lions, including "The Mountain" all braced down for Joey.  He wasn’t done with him yet.  They charged forward aimed at Joey’s back.  At impact Joey’s helmet flew off from the gorilla’s punch.  It rolled in front of Petty’s feet.  "The Mountain" elbowed Joey in the cheek bone.  He fell to his knees.  He could see the players moving around, but there were reflections of three or four of each.  The different colors reverberated, their voices slurred, yelling deeply to grab Gettles. Joey’s brain was too busy calculating where he was and what he had just been doing.  He put one hand on his leg to stand back up.  The sirens started.  Sounds of nails screeching down a chalk board ricocheted off the back of his skull.

That venomous voice, he knew it well now.

“I will give you a taste of what I can offer you.” It continued.

Joey closed his eyes.  Nightmares of his childhood infested his veins.  People making fun of him…the pressure to be someone …Dad’s high level of expectations…

“Failure is not an option!”

“Who are you Joey hmmmm?”

Stars sparkled around his corneas.  In a flash he was back in the grand old theater, his wrists still in shackles.  stood staring at him along with the rest of the audience.  They all started laughing.  Their faces contorted and twisted morbidly.  Suddenly their laughing turned into that hiss that was the shadow beings, like the little girls voice before them.  The shadow being's claws exposed themselves from his chest.

“Now I will show you what being invincible really means…conceit is what you want…I can provide you everythinnnnnng!”

Like a robots targeting system.  His victims were enlisted.  Joey looked down at his hands.  The sirens tempo broke. Joey’s eyes opened, he was back on the field.

Erick’s voice was thick and slow.  He put his hands around Joey’s waist.

Joey fell to the ground again.  He was transforming, like before, internally his insides were consumed.  The shadow being exited Joey’s chest.  They made eye contact for the first time. 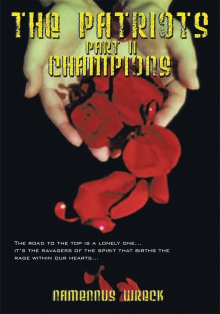 Inspired by certain true events, The Patriots Part I explores the origins of Joey's humble beginnings as a child, his blossoming football career and the growing torment within him.

Football has always been a huge part of Joey's life, but will the mounting pressures of family expectations, the hopes of winning a State Championship, and a tragic event that almost ends his NFL dreams stop him from overcoming his fears?  Joey has unknowingly begun the fight of his life: to save himself, his family, but most importantly his soul.

Namennus Wreck was born in Long Island, New York.  He has written several short stories during his life.  This will be his first published book.  He currently lives with his wife in North Carolina.