The Fair Folk of Doon Hill 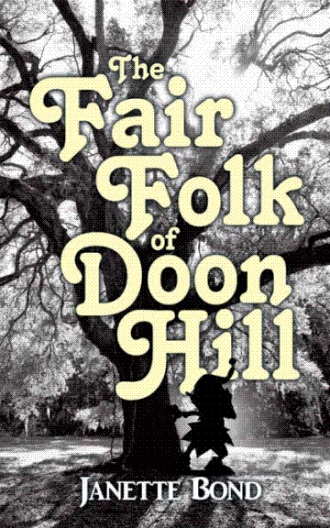 Down in the lookout post, Hamish and Misty sat, without speaking, all focus directed on the outside world beyond the crack in the canvas. Suddenly there appeared a moving black object on the horizon. Hamish felt Misty's elbow dig into his ribs. When he turned to look at her he saw her eyes were as big and round as the harvest moon and her finger was shakily pointing towards the crack in the canvas. He nodded. They both watched as the shape became larger and more elongated taking up the outline of a man! It was coming closer; in fact it was coming straight towards them! He was completely dressed in black. He carried a stick which he lent on occasionally to catch his breath. It was not Farmer Campbell as Hamish had first thought. This man was not dressed in farm work clothes. He wore a black coat, breeches and walking shoes and had a black hat perched on his head. The only other colour this man wore was a white circle around his neck.

He was really close now. Hamish felt sure that the man would be able to hear his heart beating so loudly in his chest. The man stopped right beside their lookout post. Misty reached out and clung to Hamish's hand. Hamish held his breath. They could hear the man panting. All they could see were his feet. A tiny spider crawled out of the leaf litter, over his shoe and began its journey up the man's leg. Hamish and Misty sat transfixed, clinging onto each other and barely breathing. The man, with spider in tow, moved on.

It was several minutes before either Hamish or Misty moved. They then turned and looked out of the other side of the canvas. The man was making directly for Headquarters. They couldn't warn Chief Fernlea but he would already know as one of the lookouts nearer the tree would have scurried inside to inform the Council. Still holding onto their breath, Hamish and Misty watched as the man circled Headquarters several times before sitting down, leaning against the trunk of the tree. He was staring right at their branch. They watched as the man reached inside his coat and pulled out a silver flask from which he began to drink. Having quenched his thirst he replaced it inside his coat again. He fumbled inside the other side of his coat. This time he produced a pair of spectacles which he opened out and perched on the bridge of his nose. He felt around inside his coat for a third time before producing a black book. He settled himself comfortably and began to read. 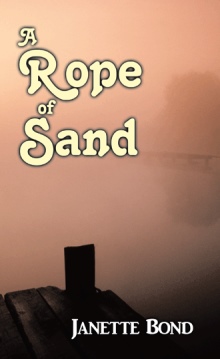 Deep in the heart of the Trossachs countryside, in Scotland, lies the village of Aberfoyle. To the south east of the village is a hill called Doon Hill. Legend has it that this is the home of the Sidhe (pronounced shee), or Faery Folk. It is said that in 1692, the minister of the parish, Reverend Robert Kirk, was spirited away by the Faery Folk as a punishment for revealing their secrets.

Meet Hamish, his granny and other characters inside this book. They are gnomes, guardians of the oak trees. Their homeland; the woody knoll called Doon Hill. Their duty; to take care of sick animals and to protect the oak woodlands. Their biggest enemy; owls! Their greatest delight; to sing and dance celebrating the forest gods. Their biggest hate; humans who call them faeries, blame them for troubles and show them no respect.

Janette Bond was born and brought up in Aberfoyle, a small village in Central Scotland. She worked there as a primary school teacher for 26 years. She has a great interest in the local history of The Trossachs area. She also has a great passion for literature. Combining both of these attributes with her knowledge of what children like to read and listen to, she has written this novel to bring alive one of the best known legends of this area.