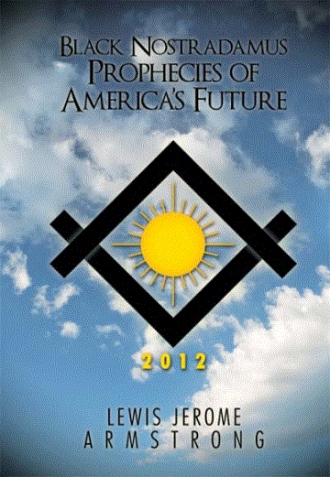 Chapter One
122 New Prophecies
• Barack Obama, the President of the . will have two good years in the beginning of his presidency but in the end will be rejected by many of the American people. The storms of the year 2010 and 2011 will become major problems and far worse than hurricanes in 2004 and 2005.
• The will have two more black presidents in the very near future. The second may be in the year 2013 or at the latest 2017.
• A father and then his son will be elected president of the shortly after Barack Obama leaves the White House.

• The U.S will have a problem with AIG around 2011 and possibly 2012. In a very big step to restore the economy back on the road to recovery, the government will totally control AIG for means of national security.
• Hurricanes and other major storms will be a problem in the year 2010 and worse in 2011. This will affect the President’s plan to restore the American economy along with other plans to return ethics within the banking and insurance industries.
• The Nation of Islam will consider having a presidential candidate in the race for the White House. But the most powerful leaders of the nation will reject that move. Uncle Sam and Jessie Jackson will be at the forefront of this move. The timing is off. Jessie’s last pick will be the one.
• December 21, 2012 will be just another day in the lives of Americans but by January and beyond events will occur that will drastically change the way we live in the world. Days after December 21, 2012 will be the beginning of a New World Order.
• In 2011 there will be a biblical David type person that will come into the American political environment. He will spring from either the grassroots or Congress. There will be changes to the laws of the land and crime as we know it today will end. Many judges will lose their jobs and be replaced by spiritual leaders.
• In 2013 there will an important person in politics with the letter A and M in his last name. He will become the second elected black president. However, there may be one other person in office for about two years before he gets there.
• politicians may look back in hindsight and regret the decision to allow State Farm’s homeowner’s insurer to pull out of after major storms hit the state in 2010 and 2011.
• , will be a major area of refuge for many people in . This area will escape most of the flooding and other natural disasters that will confront the in 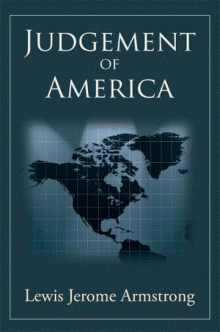 This is the book every home, school, church, social group, and others should have a copy of. This book shows one hundred and twenty two prophecies of future events that will occur in . This book will show you twenty-one years, from 2000 to 2021, of good, bad, and grievously bad years that are to affect America, through economic problems, wars, hurricanes, and other natural disasters. It points to a time of judgment that will affect all Americans in the years to come. This book gives you insight into myths, the Holy Bible, and it points to and its past, present, and future history. This is a much-needed book at this time.

Lewis Jerome Armstrong was born in in a religious family. When he was a child, about twelve years of age, he was told that he would be gifted in the knowledge of God and will travel a great deal promoting that truth. He was given a great mind to struggle for the path of true enlightenment. Mr. Armstrong was educated in high school and college in the state of . Business administration and building were things he liked to do. Since he was a child the thought was ever-present in his mind he said “I was born to be a leader”. Leadership in the knowledge of the Holy Bible scripture and other books of prophecy influenced his life greater than any others. This book, “Black Nostradamus Prophecies of America’s Future”, is the book Mr. Armstrong is hoping all Americans and others will read.