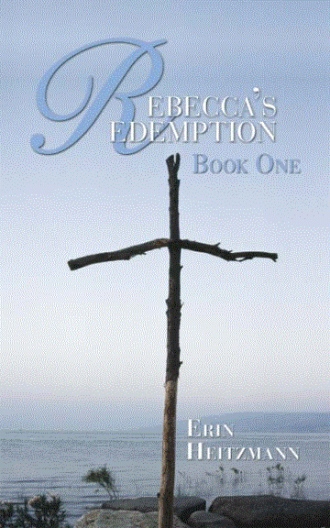 Rebecca stared at the retreating form of the petty officer, her only remaining hope of safety obliterated by the soft clang of the latching door.  A sigh of despair slipped from her lips when she realized that he would not be staying with her, and she stood frozen in place, glancing with anxious eyes at the two men.  She could see the captain standing near the window, his back turned towards her, while Lieutenant Burgess gave her a calculated look of indifference from where he sat across the room.  She remained speechless, at a loss for words.

“Who are you and what are you doing on my ship?” the captain asked with a growl, not bothering to turn around to face her.

Rebecca remained silent, unsure of how to answer his abrupt question.  Did he want the long version she wondered, giddy with fear, or the short and sweet?  She nearly burst into a fit of nervous laughter at the thought, but was stopped short when the captain spun around to face her, and she could see that even from across the room his presence was darkly ominous and foreboding.  She found herself mesmerized by his face, which was etched with deep lines cutting through leathery, tanned skin, giving evidence to his many years spent at sea.  She continued to observe him with a steadfast gaze, contemplating how best to explain her unauthorized presence aboard his frigate.

Captain Jameson was stunned by the young woman’s battered and bruised form and was quick to turn away from the sight of her lest she see the repulsion so evident on his face.  His young officer had failed to forewarn him of the girl’s wretched appearance, and he made an attempt to regain his composure before turning back to face her once again.

“Well, what do you have to say for yourself?” Lieutenant Burgess demanded, irritated by the girl’s reluctance to explain her presence to the captain.

Rebecca’s breath came in ragged gasps while she regarded the men glaring at her with such obvious contempt.  Her knees began to buckle in fear and she leaned against the door in an attempt to steady herself, making a conscious effort to slow her breathing in order to answer their questions without succumbing to the wrenching sobs hovering in her throat.

“I’m from , sir,” she murmured, not knowing where else to begin describing the incident that had changed her life.

“I don’t care where you’re from,” the captain shouted.  “I want to know what you’re doing on my ship!  How long have you been taking advantage of my transport and stealing from my larders?”

“Captain,” she whispered, “I can assure you, I haven’t been taking advantage of your transport…nor your larders.”

He approached her then, angered by her indifference, but stopped short when he saw her shirk back against the unyielding door in alarm.  He began to pace around the room without breaking his gaze on her contrite figure, acutely aware of her eyes transfixed on his face while she made another feeble attempt to speak.

“I came on board in , sir,” she began.  “I’m only trying to get back home to .  I overheard one of your ship’s crew saying you were sailing there.”

“Well not for several months we’re not,” he spat.  “We are in the middle of a war, if you haven’t realized it by now!”

Lieutenant Burgess remained silent, observing the frail, bruised girl making a valiant effort to hold her ground against the fury of the captain.  He soon turned his gaze to Captain Jameson who continued to tread the floor in agitation, no doubt considering the limited prospects of ridding himself of the girl. 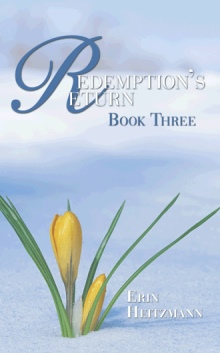 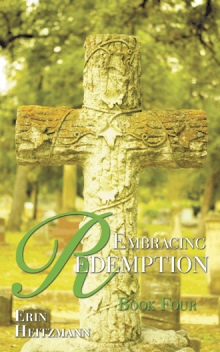 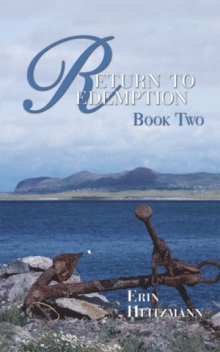 The year is 1798 and the British Naval Fleet is in the midst of fighting the war with Napoleon Bonaparte's France.  Rebecca Halloway, a young English girl, has been a vibrant Christian for most of her eighteen years, but her faith is about to be tested.  One evening, while walking home from a revival service in her home town of Portsmouth, England, her plans to set out for the mission field are waylaid when she is abducted and stolen away by a group of drunken English sailors.  She finds herself aboard a vessel bound for Portugal, and manages to conceal her identity from the crew until she is able to escape her captors.  Desperate to return home to England, she stows away on the 'Redemption', a massive, British warship under the strict command of Captain William Jameson, a seasoned officer with little tolerance for women.  When her unauthorized presence is revealed, a fierce conflict ensues.  Rebecca wants only to be returned to Portsmouth, where she can continue on with her plans to minister to the lost, while Captain Jameson and his crew aboard the Redemption only want her gone.

Erin Heitzmann was raised in Bismarck, North Dakota, and after graduating from high school, spent the next several years in a variety of different places, from as far away as Japan, and as exotic as Hawaii.  Erin finally chose Montana as her home, where she met and married her husband Dean.  She and Dean live in the beautiful Bitteroot Valley near Missoula, where they have raised five wonderful children, the youngest of which is still at home.  Erin served for two years as a Kindergarten teacher at a private Christian school, and remained on staff at the school as a volunteer until their last child started first grade.  Erin then returned to college to pursue a nursing degree, and graduated with honors from Montana State University in 2006.  Erin currently serves as the administrator of an assisted living facility in Missoula, and has discovered that working with the elderly population is both her calling and her passion.  She writes for the sheer pleasure of it, and hopes that you enjoy reading 'Rebecca's Redemption' as much as she has enjoyed writing it.