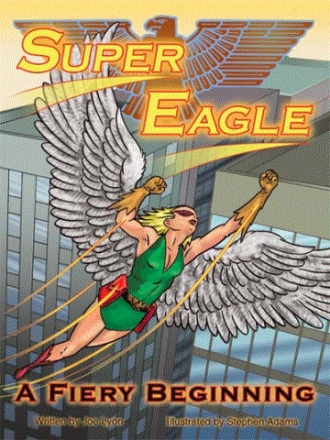 Neuva Libre City, a sprawling metropolis, and the capitol of the Central American nation of Neuva Libre. Many high-rise skyscrapers dot the center of town and the network of roads bustles with traffic. Sitting at the center of this bustling, modern metropolitan area is the Ministry of Commerce Building. Sitting atop the peak of the building, a small cluster of offices, surrounded by a beautiful patio area that is set up for a brunch. It’s there that Alexa Mayhew, a tall lanky young lady stands at the railing. She seems unusually thin, yet very muscular. Arthur Mayhew, tall, prematurely gray and a bit heavier than he should be, stand with her. Out on the patio steps the Minister of Commerce short yet distinguished man. He smiles and moves toward Alexa and Arthur. “Senor Mayhew, come, you and your daughter are to be my honored guests today.” Arthur gives him a small nod. “Thank you, sir. You honor us.” “It is the least we can do. Your new factory means many jobs for our people.” “All due to my Alexa; she picked out the site.” Alexa turns to the Minister, a smile on hers face. A flash of light appears off in the distance, over the Minister's shoulder. Alexa focuses on the spot, her eye acts like a zoom lens and she studies a distant building. There, off in an open window of the building, she sees a high-powered rifle with a sniper's scope pointing toward them. “Oh... it was... nothing. Such a beautiful place... deserves help,” she says, even as she reaches into her coat pocket. Her cellphone rings. “Oh, my phone. Would you excuse me a moment?” The Minister nods. “Of course. Senor Mayhew, shall we be seated?” “Yes,” Arthur replied. “Alexa, don't be long.” “Be back before you know it!” she says. Arthur and the Minister move to the table and sit. The waiters move in to fill their glasses. Alexa dashes inside, and then comes out on the other side of the patio a moment later. She moves to the railing, looks around to be sure no one is watching, and jumps. She casts off her suit jacket and shirt, and transforms into Super Eagle! Spreading her wings, she flies off. Nearby, a small sparsely furnished room, bed, dresser, table and chair. A corner apartment, it has windows in the two outer walls. A young man, short and stocky sits in the chair by the window and holds a rifle. From his clothes and appearance, he looks like a stereotype South American rebel. He sights through the scope and prepares to fire. Alexa, dressed as Super Eagle, swoops in the other window and lands next to the bed. The assassin, startled, turns to face her. “Sacre blu! Who, what are you?” he says, in a thick French accent. “Super Eagle, Defender of Justice! Cease your act of violence.” 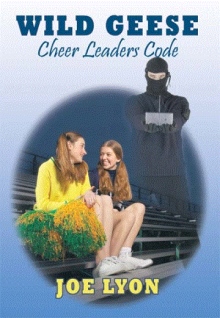 Super Eagle tells the story of a young woman who has been endowed with eagle-like powers due to one of her father’s experiments. The two of them realize that they must keep her abilities secret, and use them to help others. During a visit to Central America, she learns of a plot to destroy much of the coastline, all in the name of profit, and to hasten Global Warming! Together with her father, and a few other friends she makes along the way, they work to stop the plot and protect the environment and citizens of the area.

Joe Lyon is the author of “Super Eagle: A Fiery Beginning”. Joe has written several articles and recently published The Keys to Success – 21 Things Every Teen Should Know. He enjoys travelling for exposure and inspiration. Joe finds animals fascinating but admires Eagles the most; especially since the emblem of most nations depicts an Eagle. These powerful birds have the ability to zoom and capture objects from afar. Joe Lyon believes there is something each of us can learn from these powerful birds and mimics them with a character such as “Super Eagle”.