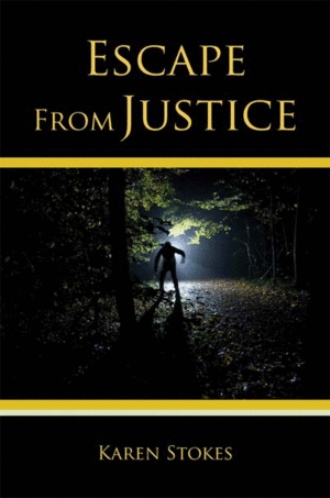 She squatted and inched around her car with tiny steps to the front by the bumper and delayed the dash to the condo. Her ears pricked to take in a telltale indication of life within a reasonable range, A dog barked at a distance and sounded more of play than alert and gave her no concern. She probed intensely with her eyes each building, bush and tree within sight. Still, nothing moved or showed any signal from some observer. She was alone in the turbulent quiet as if she were the only person on earth. Wilma raised her eyes and took note of the sky. The black was endless with no hint of any celestial objects as if giving a message to leave.

The course she must take was between the rows in back of the condos. An alley had not been added when the houses were built and each had a privacy fence enclosed patio facing one another. The grassy area from one to the other looked more like a throughway than backyards.

There was no reason to wait any longer. She dashed while hunched low to the first privacy fence then paused close to it in what should have been the shadow and listened. There was not enough light to produce a shaded area beside the fence. Her presences blended with the somber space concealing her.

Something was not right. A nagging persisted not to continue. Wilma scanned, swiveling her head over each inch within sight not missing a dark corner or recess. Finally satisfied no one lurked in the murky spaces, she ran on to the next patio fence. Despite the nagging to leave Wilma continues her alert. She hesitated and examined all she could see.

The next was Betty's. No sound, no movement, the stillness shouted and Wilma's sense of foreboding to abandon her course grew stronger.

Ignoring the warning inside, she took a deep breath and darted to the entrance of Betty's patio. Again, she waited. Pressing her ear to the gate she listened for a rustle or breathing of someone inside. She heard nothing. The quiet was endless and pressed heavy on her without even a sound from nature to pierce the calm. Slowly she pushed open the entrance only enough to squeeze in then using great diligence she closed the gate with not so much as a creak.

The night captured the patio with large plants on two sides appearing as blobs of ink. The large door leading into the condo reflected blank dark. She could not see through the glass.

Wilma flashed in her brain the word trap. Bold, near panic with fear mounting that she had been set up swarmed like hundreds of bees circling her. A cold wave trickled and a flight response dominated when the scrape of metal rubbing a flint ignited a small flame deep in the raven mass of bushes. 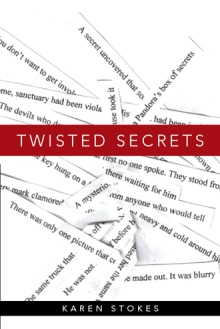 From the author of the award winning novel “Talion: A Medieval Mystery”

Suspense is created as a woman struggles to end the wicked reign of Attorney Richard Heinz. Bribery, assault and murder are obstacles Wilma must overcome. Taunting the attorney on the tip of his reach she is forced to confront what she considers pure evil. A surprise threat forces her to use the skills of disguise and stealing to escape. Her efforts bring failure when her talents turn against her.

Karen Stokes is an award winning author of six mystery novels. She attended law school and creative writing at UCLA. As a director in the Creative Arts Council she has the opportunity to encourage and promote all ventures of the artistic community. Read more about the author at www.karenstokes.net.