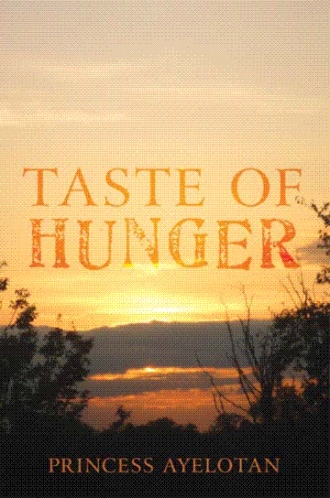 The wind blew with a terrible force. It wanted to tear me apart. I stood my ground. I blinked my already moist eyes, refusing to wipe away the tears. They finally fell, sliding down my cheek.

I didn’t want to pay any attention to the tears, so I just wiped them away. I stood still, trying to fight the wind.  It was cold as well. I could feel its sharp touch piercing deep into my marrow.  My fingers felt bitten and freezing. I hugged my dark thick jacket closer.

This was January and it was winter.  The season brought a mix of rain and strong winds and it seemed that there would be no snow this year. Many of the trees had now lost their leaves; they stood exposed and void of greenery.

The wind came again. This time twice the strength. As I watched the trees, they swayed obediently under the force of the wind. Across the street, the red flag high above the Nissan automobile dealership danced vigorously.

Everything danced to the wind, except me.

This morning, I was not in the mood for reflection.  As I battled the wind, I stood waiting for the bus to convey me to the train station. Many other people stood nearby.. We were probably going the same direction, but my mind did not care who might be standing next to me.

I was not ready for small talk.  How could I?  The load on my mind was heavier than my soul.  Who will come to deliver me from the biting guilt that creates such agony in my mind?

Despite this, I managed a quick glance around me.  A man tried to hide himself from the wind as he stood behind the bus stop shelter.  I noticed his trembling lips.  He was dressed for the cold in an inflated nylon jacket.  I knew it was thick enough; despite this he seemed to be uncomfortable.

The bus finally came and I entered.  I was lucky to have gotten in first, as I found an empty seat near the door.  I sat down, glad to have avoided standing until we arrived at the station. We began to move.  After a few minutes l heard a noise: ‘Gbaaaoooo!’

It came twice. I looked out of the window and saw a man. He repeated the sound again. He looked determined with his teeth clenched between his lips. He was hitting the body of our bus as it moved, and moving along with it.

The bus driver, a middle-aged bespectacled woman, seemed unfussed. She drove on, leaving the man behind.  I turned my head round and caught a glimpse of the man; he stood in the middle of the road, clearly satisfied with his action.

Everybody in the bus commented on his action; he had obviously missed the bus. He ran to catch up, with the hope that the driver would stop to let him in.  She did not; and out of frustration, he preferred to show his feelings by hitting the bus.

The bus was long gone yet the man had not succeeded in joining us. So what had he gained by his action?  A senseless action without any justification!

We got to Melun and disembarked. I dragged my heavy body towards the train station.  From the screen, I noted the next train to my destination would be leaving in thirty-two minutes. That seemed another endless wait. But there was nothing I could do. I sat down on the metal seat, trying to be patient and not lose my temper, like the man who missed the bus.

This week was the deadline given for me to quit my apartment.  The letter had arrived three weeks ago; the same old thing. It was the third notice in twelve months.

After I wrote to them, nothing came but the same old reply. Their explanation for the termination of my lease at the apartment remained the same.  I was neither shocked nor surprised, but maybe I needed some assurance that this time their response would be more favourable.

A young beautiful woman who served as my social worker stood before me.  She was usually enchanting whenever I meet her but today I could see no prettiness in her. Perhaps she was hiding 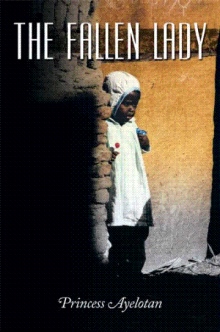 ‘A Taste of Hunger’ provides a revealing look at life in for those struggling to make a living.

Lola is a young girl growing up in poverty, with an abusive father, no women’s rights, and a future that is full of uncertainty.

Unexpectedly, young Lola is given a ticket to freedom – a new life in , the – only to find to her shock, that she has been sold as a sexual slave, to a cold, domineering Parisian!  The dream becomes a nightmare.

She finally escapes his clutches, only to later have the two women she loves and trusts betray her. Now she must make her way, pregnant and alone, without funds, in a strange and often hostile world.

The story reveals her inner thoughts and feelings about her difficult life, and her indomitable spirit.  This is the true story of two women’s journeys, blended into one.

This is Princess Ayelotan’s second book.  Her first novel – ‘Shadow of the Sun’ was published in 2007.

Princess is a graduate of National Film Institute in . Alumni of Berlinale Talent & Sithengi Talent . She has profound practical experiences in filmmaking, scripting and creative writing. Her love for writing began at her tender age of six.  She has every reason to attribute her achievement and inspiration to God. She strongly believes in hardworking.  She divides her time between her jobs, websites & blogs, music, researching, and of course writing film scripts & literary novel. She lives in .