I Believe in Angels 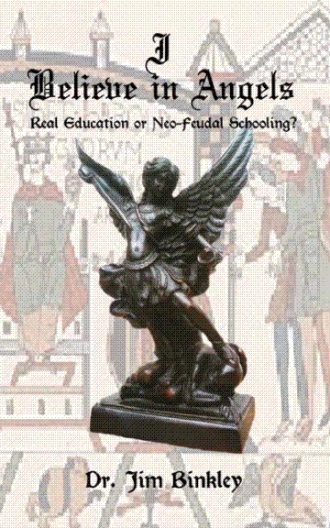 This book is about real education as the means for resetting the relationships in society to their default positions: perhaps to a time before the Norman Conquest came along and set in motion a thousand years of blind, servile, undignified, heinous and downright wicked slavery.  Education, or more appropriately schooling, has been usurped by the elite for hundreds of years as a means of engineering society and its relationships so that the elite prosper most (and in turn their children will do the same) whilst the plebeians scratch at each other’s throat, scramble in the muck and bow their heads cap in hand whenever they want something.  It is under these circumstances that the slimy, forelock tugging,  boot-licker rises a little above the rest and is  held up as a shining example of how the mastery of certain despicable behaviours leads to success, reward, elevation, stewardship and authority over the lower castes, but, will never breach the ramparts of the elite. This is how the ‘successful’ are turned back on the social roots from whence they came (in ‘poacher turned gamekeeper’ fashion) in order to control and regulate and manage the masses.

The ‘education’ merry go round has been, and continues to be, a play ground for the silken tongued, aspiring politician with one eye on a leg up into the higher reaches of government, and hence, it is peppered with the mind bending whimsies of one politician after the other.  Education is a good place to get a headline, a good place to get known, a good place to be seen.  Education is a vote winner and a place where a hypocrite can seem like a Messiah.  The net result of this perverted philosophy is that our children are schooled into ways of thinking that preserve a system, which if it were a moral system it would be laudable, but since it is simply a mechanism for sustaining the interests of just one group, at the expense of others, true deliverance can only be through real education dispensed by real educators.  For the most compelling evidence look no further than the way teachers are press-ganged into this conditioning cycle.  Tempted by money, or some minister’s ‘ideal’ vision for ‘education,’ they are bamboozled, ensnared, conditioned and then propelled at schools to bamboozle, ensnare and condition children, some of whom, in their turn, become teachers too! 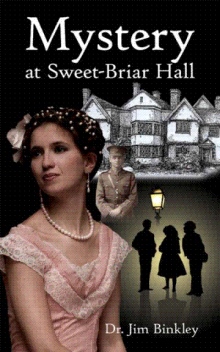 You do not have to be a pessimist or a harbinger of doom to realise the astonishing fact that this country could be teetering on the brink of catastrophic collapse.  Inflation, rising crime, monetarism gone mad, incompetence, negligence, immorality, trickery, arrogance, prejudice and  hypocrisy all signal the decline of decent morality and the ascendancy of neo-feudal immorality.  Immorality draws the nation ever closer to the abyss and oblivion.

Nothing could be more calculated to bring out the worst in people than grasping everything of worth and then placing a dollar value on it.  It spawns all those behaviours that are anti – civilisation: the nation is ruled by self seeking, conceited, avaricious, sybarites bungling their way from one failure to another, completely contemptuous of public opinion, because the masses are easily subdued. The rich and powerful have created a monstrous system where ability is measured, not by occupational competence, but by the ability to create the circumstances, for the masses, where failure is certain.

The mechanism by which this corrupt system has brought us dangerously close to extinction is that of neo-feudalism.  That is the cultivation of all those unjust, unworthy and unhealthy behaviours that crush talent, competence, creativity, ability and resourcefulness in the name of elite self preservation, self service and personal advancement.

There are few worse discouragements to angelic values than those we find in our schools today. Discouragement is built into the thought patterns of our teachers so that it can be inflicted on our children. Therefore, there is no better place to start the process of restructuring our society, on moral lines, than in our schools, and especially through properly educated teachers.

Doctor Jim Binkley was educated at St. Anne’s , Nantwich, , , and where he gained four degrees and a passion for learning.

He has taught in , and as well as the and is formerly a Primary School Head Master.  In recent years he has been an associate Lecturer at largely concerned with supervising students on teaching practice. He has published one novel ‘Mystery at Sweet-Briar Hall’ and various articles related to his travels.

Doctor Binkley lives in the lovely Derbyshire Hills with his son George and daughter Madeleine.