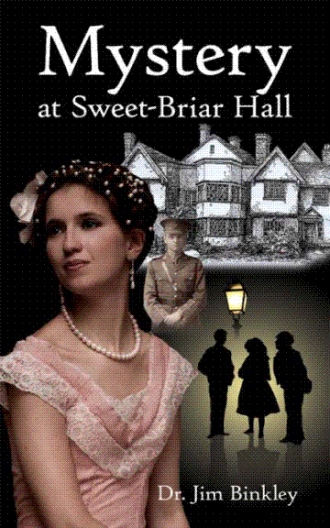 A short distance away Biffo, Mary and Stanley dropped to the soles of their feet and approached the hall. They certainly did not feel warm and comfortable with the hall at that late hour and a mild sense of panic began to grip them as they drew nearer. All the bravery they had shown that afternoon at school was now gone. In front of them the neglected and tired face of Sweet-Briar Hall held no charm at all for them. All around them was darkness and strange sounds and smells. Had they been transported to the most remote Tibetan monastery they could not have felt more out of place than they did at that very moment. Although no one said a word it was clear enough that all they wanted was an excuse to make an honourable exit and a return to the warmth and safety of their beds.

‘Now where then is this great apparition you have been boasting about Biffo?’ Mary said hoping for a quick admission of mistake from Biffo.

‘Give it a chance,’ Stanley broke in before Biffo could answer.

‘Well, I suppose we could stay a few minutes but I never believed in it any way and all I am here for is to hear Biffo admit he has been telling lies. What’s more this is probably the craziest thing I have ever done and I am not going to let you forget this Biffo Hilditch,’ Mary added with a suggestion of temper in her voice.

All began to feel as if they were on a fool’s errand. No one wanted to be the first to call it off and so they waited the best part of fifteen minutes before anyone spoke again.

‘Just where exactly did you see it Biffo,’ Stanley broke the silence.

‘Top window, the top bay window on the right, and another thing I did see something. I don’t care who believes me it was there and I was not dreaming. I am absolutely certain so Mary you can say what you like but I know what I saw.’ Biffo spoke partly to reassure himself and partly to answer Mary’s earlier doubt.

‘Look you two it’s nearly midnight and we are already in some pretty serious trouble unless we get home soon. I say we take a peek in through the windows and if we see nothing we call it a night and get home quickly,’ proposed Mary.

This suggestion seemed to be just the break they were all looking for and without another word they moved right up to the hall each singling out a particular window to peer into. Mary took the downstairs bay window and Stanley the one to the left of the door. Biffo stood back and surveyed all the windows as a whole. Straining to see into the dark interior Mary was the first to report nothing except the blackness she expected. Stanley reported the same and with a heavy heart Biffo was just about to announce the same conclusion.

‘So, that is it,’ Mary said and stepped back to see what Biffo was looking at.

‘What are you looking at Biffo?’ Mary quizzed. 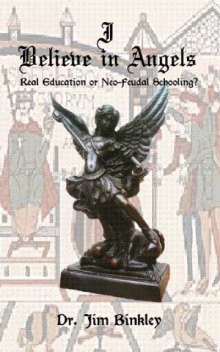 What mystery hides behind the crumbling face of Sweet-Briar Hall? In a small provincial town on the Cheshire plains three adolescents stumble upon a secret with devastating implications.  The time is 1919 and following the Great War to end all wars the strange arrival of agents from foreign powers threatens the survival of one of the world's greatest dynasties and the lives of the innocent youngsters ensnared in a web of intrigue.  A daring escape from imprisonment and certain death, in a land far away, one year earlier brings one youngster together with his military father in another rescue. Events build to a climax  that culminates in a savage encounter in the subterranean passage ways beneath an ancient church.  In the desperate struggle more is at stake than personal survival - the stability of Europe and the world may depend on it!

Doctor Jim Binkley was educated at St. Anne's R.C. School, Nantwich, Cheshire, Bishop Lonsdale College, Derby and Nottingham University where he gained four degrees and a love for learning.  He is a retired Head Master and has taught in Saudi Arabia, America and Vietnam as well as the U.K.  He is a member of The Manorial Society of Great Britain,  an Associate of The College of Preceptors and a life member of the N.A.H.T.   His travels have taken him all over the world and most recently twice to Russia to research this novel.  Although his time is now preoccupied with writing he is also an Associate Lecturer at Derby University.  He lives in the magnificent Derbyshire hills with his son George and daughter Madeleine.