Three Days From the World of Ro and Mo

by Rohan and Mohan Perera 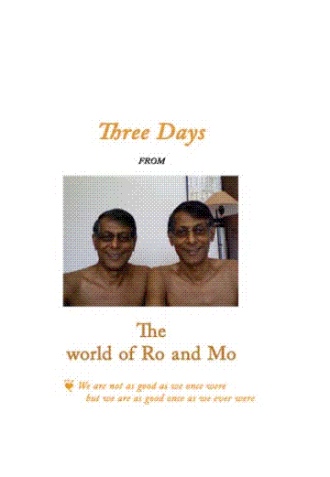 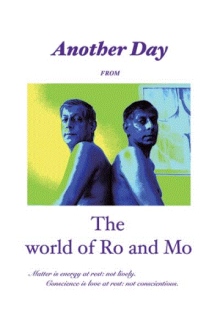 Another Day From the World of Ro and Mo
Rohan and Mohan Perera
$19.99

Life is difficult for most of us. Why? Perhaps most of us are difficult to please. We work very hard to have what Buddha gave up to become enlightened. Does that mean we are benighted? What we don’t know is always difficult. Life is God. And when you know God nothing is difficult. God is Love. To be loved is heavenly but to love is deadly so the world has become deadly difficult. In the World-of-Ro-and-Mo life is not difficult and so can yours be also.

Ro and Mo were born in to Dr. and Mrs. Lorenz Perera on . They were educated at ’ Preparatory school until they moved to Trinidad West Indies in 1971 with their parents and two sisters and an older brother. In 1974 they were sent to to complete their secondary education at Duff Miller London Tutors.

While working part time at London Heathrow airport Mohan met Jennifer and married her in 1976. Rohan went to train in psychiatric nursing and Mohan and Jenny bought a flat in . Mohan studied for a Diploma in science and entered to pursue a degree in chemical engineering.

In 1983 they both gave up their careers and embarked on a catering venture. Together with Jennifer they opened a restaurant serving international cuisine and a wine bar in SW11.  Even with a couple of write ups in the Time Out Magazine and the South London Guide the Venture was unsuccessful.

Jennifer went back to the airlines and Rohan back to nursing. Mohan entered nursing studies at the Lister hospital school of nursing. Mohan and Jennifer were separated and subsequently divorced.

While Ro and Mo were working at the NHS was in the process of closing all psychiatric hospitals. In 1995 they both took early retirement from the NHS and moved to .

Mohan returned to when the Australian Authorities deported Rohan in 2003.

Visit  The World Of Ro and Mo