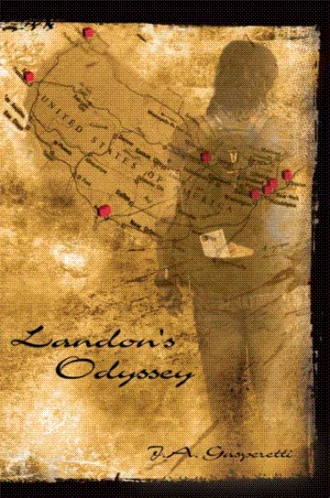 It is the year 1968, a time when was embroiled in a devisive war in , was questioning its entire social, economic, and political structure, and was experimenting with alternative lifestyles. Such is the world of a returning veteran Gil Landon, trying to acclimate to civilian life with a heavy heart from unrequited love.  Will this honest, highly educated young man find the woman he still cannot forget? Can he shape a positive destiny in a domestic environment shaken to its roots?

A cold wind pushed both fallen leaves and Gil Landon up the sidewalk of ’s .  The flimsy collar of his faded army field jacket gave him slight relief from the wind’s bite. On this gray November day it was more difficult for Landon to withstand the advent of winter’s falling temperatures, now that the fire within him was no longer blazing.  How did it happen that a man, once filled with the warmth of life’s opportunities, was becoming a gelid mass of humanity?  Perhaps his dour disposition came from severe wounds, both to the body and spirit. It seemed on this murky day that the strain was more serious on his psyche, rather than the ache his body felt from the piece of shrapnel he took in the hip on a foggy hill in eighteen months ago.  The real chill was in his soul and he was in search for spiritual aid and comfort.

A series of reflections raced through Landon’s mind as he found new energy as the walk continued to Charlie Toogood’s place.  Most of his thoughts centered on his recent and arduous days in the service. But a glimpse of joy, Becky Morris, if only for an instant, liberated his morose outlook. Where have you gone Becky Morris?  She was out there somewhere, not seen by Landon for several years. Becky, bring me peace and hope again.  Free my heart from this anguish.  With you I thought I had a destiny.  Now I walk without a compass. After enduring for all this time with an ache in his heart, Landon knew he had to meet her again to set his world straight.  Unfortunately, her location was physically unknown but deeply positioned in Landon’s tormented heart.

Second Excerpt:  Landon decides to start the final and fateful installment of a journey—his odyssey.

Love gone.  Graduate study interrupted.  Prospects for a good job bleak.  Treatment for a war wound mediocre and uneven. Tormented by a country deeply divided. Quite a plateful for a vet trying to make the adjustment to civilian life again.  To make his current state more tolerable, he felt some relief by hitting the road. No, this journey wasn’t a lone eagle venture for Landon.  This would be a symbolic voyage for those who survived and were trying to pick up the pieces of their former lives, with little compassionate help from the country they served.  Landon’s first step to rid the self-pity was to see how six of his former buddies, also back in the world, were faring in a nation torn apart by a struggle in .  Just maybe he could start to heal if he brought comrades in arms some cheer and hope. And he hoped the special gift he was carrying for each of them would raise their spirits. 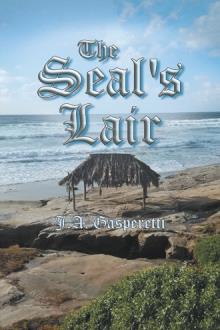 Gil Landon, a returning veteran, has a pervasive feeling of angst.  His love is gone, his graduate studies interrupted, his prospects for a job are bleak, and his treatment for a war wound mediocre.  This is quite a plateful for a veteran to handle while trying to acclimate to civilian life. To make his current state more tolerable, Landon begins a journey, an odyssey, if you will, to find some relief by seeking his past to improve his future. His voyage of discovery is prompted by the discovery of six letters, which he inexplicably finds in a shipping crate he sent back to himself from .  They belong to six wartime buddies, who Landon plans to visit and belatedly deliver their respective letters. The letters are the mysterious glue that holds the story together and propels it forward. As if by black magic, one of the letters brings him back to an old college anti-war adversary, Josh Hannigan, who knows the location of Landon’s lost love: Becky Morris.  Unknown to Landon, Hannigan is the fortuitous acquaintance of one of the letter recipients:  Johnnie Krupke. Krupke’s letter links him to Hannigan and Corsican heroin dealers.  The hunt is on to find Landon and the evil contents found in Krupke’s letter that Landon has in his possession.

Through a series of flashbacks, both to Landon’s college days and his experiences, the characters are defined and shaped.  The major players all come together for a climactic ending in the psychedelic in during the turbulent year of 1968.  To give added flavor for this evocative age, the songs of the 60’s are included throughout as a thematic emphasis in the respective chapters they are inserted.

Painted over a broad national and international canvas, Landon’s Odyssey is truly an epic journey. It is a unique and relevant tale for a generation, one still coming to grips with the tumultuous times it experienced. It will reach out to those who served in , who protested against the war, who joined the counter-culture, or who simply gawked on the sidelines.  And, for the uninitiated, it will improve their understanding of an age that still echoes loudly across the contemporary landscape. There is both a large audience, the baby boomers, and a general readership for this book. It will give insights into what all the buzz was all about almost four decades ago.  Part romance, part mystery, and part adventure, Landon’s Odyssey is designed to connect with many who want to be entertained by a good fictional story whose time has come to speak for the era.

J.A. Gasperetti was born and raised in . He received   B.A. and M.A. degrees from the , with course work at both the and campuses.  A veteran, he served there with the 4th Infantry Division in 1966-67.  He is semi-retired and lives with his wife, Anne, in .  They raised two lovely daughters:  Talia and Larissa. Landon’s Odyssey is his first novel.