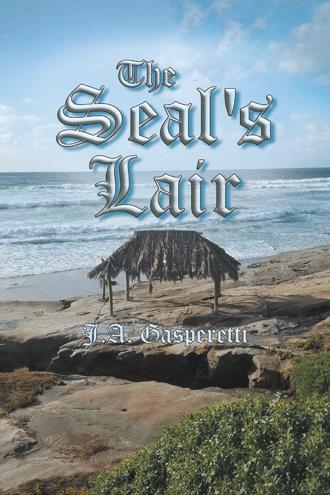 Chapter 1. La Jolla, August, 1969 The dawn’s early light began a new day with flat breakers lapping upon the beach of a southern California mecca for surfers. A tranquil Pacific Ocean would be a letdown to the early arriving surfboarders to La Jolla’s Windansea Beach. As they alighted from their parked vehicles at the end of Nautilus Street, many of them donned in their wetsuits, they were ready for action. However, their ardor was deflated when they looked out to the shoreline. “Surf’s not up,” uttered one disappointed youthful surf dog. His buddy observed: “Be no ‘Goofy Footing’ until we get an on-shore breeze. We got a Santa Ana brewing today?” So, until conditions improved, the two surfers, with bleach blond hair and lithe bodies, decided to take their boards to the four-poled thatched roof open cabana that accented the Windansea landscape. It was a good spot to energize themselves on oranges and bananas while waxing their floating vessels-- sleek polyurethane foam cores wrapped in reinforced fiberglass skins. Waxing would allow the surfer to gain a better grip on the top deck of the board, either for those who use the “Goofy” stance, right foot forward, left in the pivot position, or those who use the regular stance, left foot forward, right in the pivot position. The former stance was coined from a Walt Disney cartoon depicting its Goofy character surfing with his right foot forward on the board. But as the two approached the cabana something would be more than goofy--and very irregular. The surfers sensed a foul odor and were puzzled why more flies than usual were swirling around their heads as they nimbly walked over the rocky ledge to the beach shelter. Was it an extra accumulation of kelp, large seaweed, driven by the tide across the beach that attracted the winged pests? The answer came quickly, as fast as a wipe out wave engulfs a surfer’s oceanic ride. Looking for fun and recreation, the two surfers found the stark reality of death the moment they entered the cabana. CHAPTER 3. Perth, August, 1969 Josh Hannigan was on the run, wanted for a criminal escapade that occurred in San Francisco’s Haight-Ashbury district in December 1968. To avoid arrest, he had to leave town in haste. He luckily found an employer that did not ask for references—a Panamanian freight line that put him to work on the S.S. Marquez. The ship made stops at Manila, Djakarta, Surabaja, and then slipped south for Australia. When the Marquez stopped in Fremantle, near Perth, Hannigan jumped ship with a new identity. This came about by stealing the wallet and passport while aboard ship from a fellow American exile from San Diego, Rex Murtaugh, the day before they dropped anchor. Hannigan had a wild dream of coming to Australia because he was a tennis player in high school and followed the exploits of many of the Aussie court greats: Roy Emerson, Lew Hoad, Rod Laver, John Newcombe, Tony Roche, Ken Rosewall, and Fred Stolle. Well, he realized his dream, all right, but he wasn’t sure if it might become a nightmare. CHAPTER 4. San Diego, September, 1969 The beauty of the morning belied the gloomy purpose of Margaret Starmont’s flight as her plane landed at San Diego’s Lindbergh Field. Despite the inner turmoil she felt from her son’s apparent death, there was a bit of solace to return to a region she had enjoyed in times past. By her calculation this was her sixth time back, being a favorite vacation spot when her husband was alive. Martin Starmont became familiar with the San Diego area while a U. S. Navy intelligence officer during WW II. He made more than a few trips on business the last ten years of his life, and some of them included taking Margaret with him. This was Martin’s dream place to retire. With San Diego’s benign Mediterranean climate, where ice and snow were aberrations and extremes in hot and cold temperatures the exception rather than the rule, many thought it an Eden. He once observed that if the French and English explorers and settlers had come to this California landfall first, then would they have even bothered to go east into the North American hinterland? Nevertheless, all Margaret knew was that she had to go from east to west to maybe reclaim her son’s body in a place of bittersweet dreams and memories. 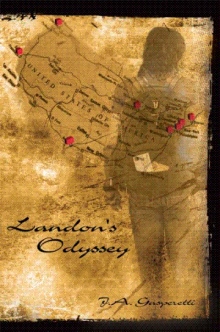 The Seal’s Lair is a fast-paced historical fiction tale that is set in motion when a corpse is discovered on a beautiful La Jolla, California beach. The body is the link that binds together disparate characters, who come from multiple locations, to include far off Australia. Occurring primarily in 1969, it has relevance for today with its themes of terrorism, weapons of mass destruction, hate crime, identity theft, flawed law enforcement, and fake news. Nothing really is actually what it appears to be. This is evident when Margaret Starmont, a widow of distinction, is called from her Manhattan home to identify the body, supposedly her son, Jordan. No, Jordan is still alive, living a counterculture life in Haight-Ashbury in San Francisco! After this startling fact, Margaret becomes beholden to a cerebral San Diego Police homicide detective, Damon Broadbent, who is out to solve the case of a lifetime. This is more than a misidentified body because it is compounded by a lurking Nazi fugitive in possession of the unthinkable. Friedrich Vogel was one of four Nazi scientists on board German U-Boat 234 when it surrendered at a US Navy base on May 8, 1945. He escapes with a satchel full of American dollars and a diabolical weapon—a canister of uranium. Fast forward to twenty-four years later, living with impunity under the alias of David Percival, he is a successful avocado grower among the rolling hills of Fallbrook in northwest San Diego County. It is time to strike! To achieve his goal of extending Nazi hatred, he recruits a paramilitary force, composed of disenchanted US Marines and Navy servicemen, one of whom is a navy seal. The latter’s on-base quarters will be the operational den of iniquity—The Seal’s Lair. Percival is now the object of a manhunt by both the FBI and Broadbent’s police force, who are at odds to nab him. Two other central characters of the story are found in Perth, Australia: Josh Hannigan and Sela Danby. Hannigan is also a fugitive who comes to the Land Down Under with a stolen identity: Rex Murtaugh. He has a chance encounter with Danby, who is the lynchpin that connects her to Jordan Starmont, who is secretly working for the FBI and to the evil machinations of David Percival. To explode the uranium, Percival needs a detonator. This device brings Hannigan, Danby, and Ian Bright, Percival’s looney love child, to southern California for the climatic conclusion on San Diego Bay. Filled with twists, turns, unforeseen events, and incredible coincidences, The Seal’s Lair will keep the reader guessing and glued to its pages with a thrilling flow, accented by romantic sparks that fly between four of the book’s principals.

J.A. Gasperetti was born and raised in Milwaukee, Wisconsin. He earned a bachelor’s and master’s degrees from the University of Wisconsin, with course work at both the Madison and Milwaukee campuses. A Vietnam veteran, he served there with the 4th Infantry Division in 1966-67. He is retired and lives with his wife, Anne, in Iowa City, Iowa. The Seal’s Lair is his second historical fiction novel after his well-received first book, Landon’s Odyssey, about a returning Vietnam veteran’s epic journey through time and space during the turbulent 60’s. The Seal’s Lair brings back the villain of Landon’s Odyssey for a chance for redemption.