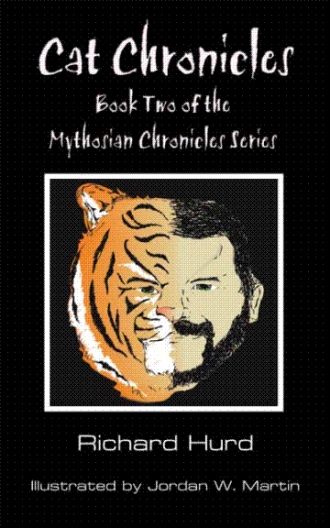 Puck gave me an exasperating look, “I explained before. The cat is the king of the jungle, in many cultures. You are the king, you became a cat. I believe the ancient Chinese and Indian kings were also rumored to be part Bengal tiger. It looks like you’re the representative of the Far Eastern Mythology.” I argued, “But I can also do telepathy and telekinesis as well.” Puck just held his hands out in a placating gesture. “So you can do your job better. Isn’t that what happened to them? They use magic to do the jobs they were doing, only now they can do it better, more efficiently, and can benefit the entire kingdom much more. They are probably immortal. They are the old gods of legends come to life. This is Mythos. This is what you wanted is it not Sire?” I contemplated this for several seconds, “Now that I think of it, yes. History and mythology combined. For thousands of years humans believed in them. Now they live again.” Puck added, “And not just the gods, but they will be able to make others like themselves. Each one will set up a smaller kingdom where they will hold sway, but you, will rule the empire.” I frowned, “I don’t want to run an empire. Not yet at least. I have a Starfleet career.” Puck smiled, “As you desire. It was common for the prince to go forth and learn about foreign lands before he became king. But Richard Hurd, king you are, and king you will be.” I thought again, for a moment, remembering what Dr. Selar called me. “No, I will not use that name now. Not when I look like this. Call me Cat.” He reached up and fingered the tattered remains of my tunic, “As you desire. You have an audience with your subjects, but you should have something a bit more royal on Sire.” I was pragmatic. “Most of them are naked. Clothes don’t transform.” Puck thought for a moment and produced a small amulet. “It is triggered by thought. It will create clothing for you, based on your thoughts.” I took off the remains of my uniform. I put the amulet on and thought about a white leather vest, matching pants, and a purple royal robe to spread out behind me. It materialized and I took a minute to admire my new outfit in a full-length mirror Puck conjured up. As I was checking out my reflection, a sudden thought struck me and I had to laugh. Puck looked at me with a curious grin. “What’s so funny?” I pointed to my reflection, “I look and feel like the lion from the Wizard of Oz.” It then sunk in that Puck was patiently waiting for the coronation ceremonies to begin. I turned and asked, “Who is going to crown me? Will this be a long ceremony?” Puck replied, “I am the senior government official. I will have the privilege to present you to the people Sire. We have the crown ready. We adjusted the size while you were working.” We went out on the battlements. There was a special balcony made for when the king wanted to address the kingdom at large. The crowd below was spread out, but as soon as they saw me, they cheered and moved in closer. I about turned and went back inside in a sudden bout of stage fright, but Puck grabbed my arm. “They know who you are, and that you have freed them from the bonds their human bodies had placed on them. Read their thoughts.” I did. They knew what they had been, and now what they were. They were overjoyed to now be true native Mythosians. Puck materialized the crown, “People of Mythos, I give you your King. Long live King Cat!” The echo was deafening, as one they yelled, “Long live King Cat!” 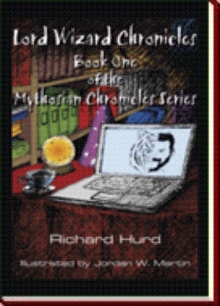 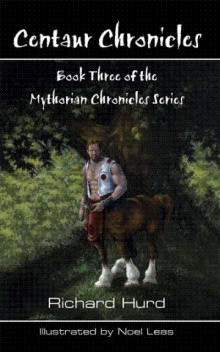 Cat Chronicles, follows the human incarnation of the Lord Wizard. The man returns to Mythos, and our hero gets transformed into a Bengal Werecat. As the recognized creator of Mythos, he is predestined to take the throne and lead this society that combines ancient mythology with futuristic technology. However, he shies away from ruling the planet, and creates someone to rule in his absence. He then returns to his previous duties as captain of a starship. Eventually he becomes an ambassador to Earth, and saves a race of aliens who are also found to be genetically similar to his new species. In the meantime, he must adjust to his new body and special abilities. He discovers being part Bengal Tiger is only part of a larger problem. He realizes that the “curse” of a were-beast is that that he may never again want to be fully human.

After the release of the compilation novels, "Mythosian Chronicles" and "Mythosian Chronicles II", author Richard Hurd received suggestions from fans and critics alike to separate the stories. So in responce to reader suggestions, he is releasing a "second edition series", where each story in the compilation novel will be its own book. Additional character interaction and chapter illustrations are the major additions to the second edition series. Each individual book will also be smaller, and in an easier to read format. Already fans are saying that the second edition of "Lord Wizards Chronicles" is vastly superior as an individual book than it was as part of the first compilation novel. "Cat Chronicles" is now the second book of the second edition, and many fans are already looking forward to seeing it. Rich continues to write as only as a hobby, and plans on releasing a new book every year for the next several years.