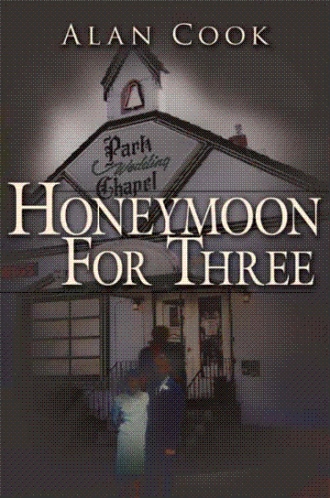 The ka-ching of the cash register irritated Alfred as he plunked the canned goods into a brown paper bag. Heavy items on the bottom—fragile items and perishables on top. He could bag groceries with his eyes closed. He should be a checker by now.

Keith had promised to make him a checker months ago. Then, when an opening occurred in the neighborhood grocery store in , he promoted Stephanie instead. Stephanie, the blue-eyed bitch with streaked blond hair who wouldn’t say two words to him, even when he was bagging at her counter, as he was now. She was probably sleeping with Keith. Alfred knew that she laughed at him. Laughed whenever she looked at his potbelly. Maybe not out loud, but inside. If she ever found out he had an outie bellybutton, that would only make matters worse.

However, none of this mattered anymore. Alfred had a much bigger problem—Penny. She had been acting very strangely the last few weeks. It was almost as if she were a different person. He was afraid of losing her. He was sure she was being unfaithful to him. She was his whole world. Without her, he would be left with nothing. Desperate times called for desperate measures.

He finished putting the groceries into the bags and the bags into the cart. He glanced at his Timex watch. His shift was over. He looked around the front of the market until he spotted Keith at the courtesy counter. He walked toward Keith, taking off his apron as he went. He wouldn’t need the apron anymore—because he was resigning, effective immediately.

The thunder of bowling balls rolling down the alleys and the staccato crack of pins being toppled provided background music to the buzz of conversation that emanated from the bowlers. Occasional shouts of triumph or groans of despair added syncopation to the other sounds. Penny sat at one of the tables in the refreshment area, aloof from it all, sipping a soda.

Not that she wasn’t a social person. In fact, she loved interacting with people, but tonight she was happy to be momentarily alone with her thoughts. Her thoughts centered on one person—Gary Blanchard—a tall, good looking young man bowling for the IBM team.

She had met in person four short months ago, but that had been long enough for her to know that she wanted to spend the rest of her life with him. She, who had said she was never going to have any snot-nosed kids, was now willing to take on those and anything else that came along for this man who had upset her chemicals so much that she weighed less than she had since eighth grade. That was good, because the smashing figure it had given her had helped her win him.

They were leaving on a trip together in two days. They both loved to travel, and this would be a great adventure. When they returned, they would move into a brand new apartment—together—in . Life was almost perfect.

Almost. Penny had received two notes—notes that scared her. And telephone calls—from whom? Somebody who breathed into the phone but didn’t say anything. Today she had finished moving out of her apartment in . She would spend the last two nights before their trip with in his apartment. Hopefully, that would stop the notes and the phone calls. She would have to protect her.

made his four-step approach and released the ball. He watched it roll down the alley, hoping that it would hook. He had never quite mastered bowling. Part of his game strategy was a dose of wishful thinking. Tonight, however, everything had come together. Just as his life had come together. The ball hooked into the 1-3 pocket, and the chain reaction leveled all the pins. Two strikes in a row. A good way to end the game and the season.

As he walked back to his teammates, Penny caught his eye and smiled at him from the refreshment area. That was the smile that had melted his heart. She had wanted to come tonight. She had wanted to watch him bowl in the last match for the IBM team. He couldn’t think of a sport more boring to watch than bowling, so she must really love him. Which was good, because he really loved her.

Honeymoon for Three has won the Silver Quill award, presented by the American Author's Association for literary excellence, and the Reader Views award for the best Mountain West book.

It is 1964, 10 years after Gary Blanchard’s high school adventures in The Hayloft. He and his love, Penny, are going on the trip of their lives, and, oh yes, they’re getting married along the way. What they don’t know is that they’re being stalked by Alfred, a high school classmate of Penny who has a bellybutton fetish.

Gary and Penny met through a computer matching service, and they’re positive they’re meant for each other. Penny is afraid that her previous flip attitude toward marriage may jinx her. Her best friend, Emily, was murdered a year ago, two days before her own wedding—and she was ideal marriage material. Why should Penny be luckier?

Alfred has never been successful with girls—he attributes his problems to his outie bellybutton—but he knows that Penny is the girl for him. He intends to get her any way he can, and he is prepared to do whatever is necessary to eliminate .

The suspense crackles amid some of the most scenic spots in the western , including Lake Tahoe, , Crater Lake, , and in Glacier, Yellowstone, and Grand Teton National Parks, as well as the redwood trees and rocky cliffs of the northern coast.