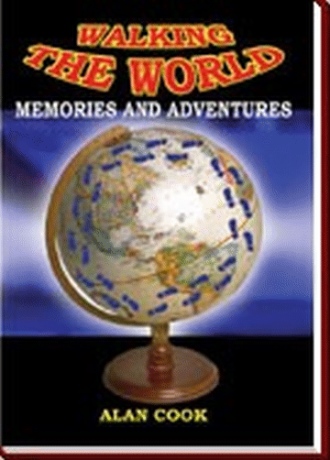 Walking is the world’s oldest physical activity for human beings. People have walked since long before bicycles were invented. Walking also became the world’s first sporting event, predating the first marathon run by Phidipides to announce the victory of the Greeks over the Persians. Maybe if he had walked to he wouldn’t have dropped dead at the finish. Walking requires less equipment than other sports. Anyone can become a walker who has two operational legs with attached feet—real or artificial.

Our ancestors did a lot of walking when they hunted and gathered. (Sometimes they also did some running, by necessity, when what they hunted decided to hunt them.) Husbands and wives would walk to visit their neighbors in other caves, to check out the animal skins their friends sat on and the pictograph murals on their walls, and determine whether they needed to remodel their own caves based on the current fads.

More recently, our ancestors walked because it was the only way to get from point A to point B. There weren’t enough horses or camels to go around. The working stiffs who were fortunate enough to have horses or camels found them more valuable as farm animals or beasts of burden than for personal transportation. In addition, many of the roads weren’t paved, which made it difficult to ride bicycles and skateboards.

Then along came the internal combustion engine and eventually everybody stopped walking. Well, not everybody. A few intrepid souls still went out on the roads, the sidewalks, the paths and the trails and put one foot in front of the other. Other people stared at them and wondered whether they were executing a new dance step. What the non-walkers didn’t realize was that the walkers were happier and healthier (both physically and mentally) than they were and also looked better in short shorts.

Some people say that walking is boring. Since boredom is a state of mind, we can make up our minds to abolish boredom and turn walking into an exciting adventure, if we are open to the possibilities.

For example, as I said, walking is healthy. I suppose good health may be boring to those who have never known the contrast of poor health, but since most of us have had health problems at one time or another, the feeling of being healthy shouldn’t be boring. So doing something to improve one’s health shouldn’t be boring, either. We’ve all read the studies that demonstrate the salubrious effects of walking on cardiovascular systems, weight, cholesterol, bone density, mental health—and on and on. The wonderful thing about the benefits of walking is that almost everybody can enjoy them.

Walking is social. Many people walk in pairs. Two is probably the ideal number for walking and talking at the same time. When I take my morning walk I often meet two people walking together. How much they talk depends on the sexual mix of the couple. A male and a female or two males talk intermittently; two females walking together usually chatter incessantly, as if they hadn’t seen each other for a month, rather than a day. Sometime I’m going to do research on what it is they find to talk about.

Walking is sensual. Why do children run and jump, just for the fun of it?  Because it feels good. Because body movement is sensual. And we are sensual beings. Sorry, but there is nothing sensual about driving a Lexus Sport Utility Vehicle. All right, we use our eyes and ears, but the rest of our bodies don’t participate. They vegetate while the healthiness drains out of our health globules.

Walking is a great way to see the country. You can see a lot more at three or four miles-per-hour than you can at 50 or 60—or 500. Every tree, every fencepost, every cow, comes into complete focus and isn’t gone before you can blink. You become part of the place where you are walking.

Named one of the "Top 10 Walking Memoirs and Tales of Long Walks" by the walking website, walking.about.com.

“As Tolkien said, not all who wander are lost. Alan Cook is a walker who is always on the Road to Somewhere. (He) inspires us walkers to get moving on our own adventures. My chief reaction to the book is jealousy. I want to lace up my walking shoes and go exploring.”—Wendy Bumgardner, Walking Guide at walking.about.com.

Walking the World: Memories and Adventures elevates the act of walking from something we do every day without thinking about it to a means for putting more fun and excitement into our lives. And we can become healthier, at the same time. Whoever said, “No pain, no gain,” was out to lunch.

Whether the subject is learning to walk, walking safely, finding interesting places to walk throughout the world, climbing mountains or taking long walks, Alan Cook writes about it with wit and humor. The book gets exciting when he tells about getting lost in the wilderness of Colorado, and stories of his three long walks (the California coast, Los Angeles to Denver and the British End-to-End) and Ethan Loewenthal’s walk of the Appalachian Trail will make you want to get off your couch and follow their routes.