THE SWAN WHO WANTED TO BE A BALLET DANCER 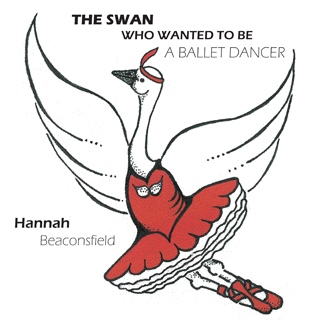 Bridget was rehearsing by herself on stage one day. There was a difficult leaping section. She was working on staying in the air for as long as possible, imagining how brilliant it would be. She would make the audience gasp at her leaps the way audiences did for Nijinsky.

She started a leaping sequence upstage center that moved straight downstage toward the audience. As she reached the end of the stage, she took one more leap out over the orchestra pit, turned adroitly in mid air and returned to the stage landing with lightness and surety.

“Holy Buxtehude!” she gasped, “That was truly extravagant!”

She tried the sequence once again and this time soared out over the orchestra seats. She spun a triple pirouette and glided back to land on the stage.

The third time she leaped out over the orchestra seats and ascended to the edge of the first balcony. She gently levitated from there straight up to the peanut gallery, paused for a moment, then, with a surge of energy, swooped down to the stage again.

Bridget was breathlessly exhilarated and could only think how impressed Mr. Q. would be when she showed him the brilliance of her accomplishment.

“I will be his true muse.” she whispered softly to herself as she walked off stage. 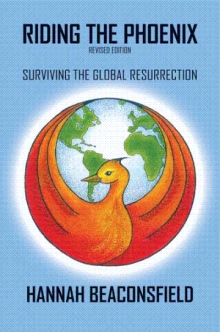 This book is an allegorical tale about finding the nature of your true self. Filled with humor and wisdom, it is a story for people of all ages.

Hannah Beaconsfield is a metaphysician, choreographer and artist. She holds a bachelor’s degree as a dance major from The University of the Arts in . She has also studied fine art at The School of Visual Arts in .

Hannah is the author of two metaphysical books: Riding the Phoenix: Surviving the Global Resurrection and Welcome to Planet Earth, A Guide for Walk-ins, Starseed and Lightworkers. She also wrote and illustrated a children’s book, Wanda and the Fairy with the Gingham Wings.

Hannah has choreographed a dance class that she teaches called Alpha Dance which incorporates movement, meditation and ceremonial forms.

Hannah’s third metaphysical book, Fly Casting in the Cosmic Stream,  and a book of dance studies in Labanotation are in preparation.