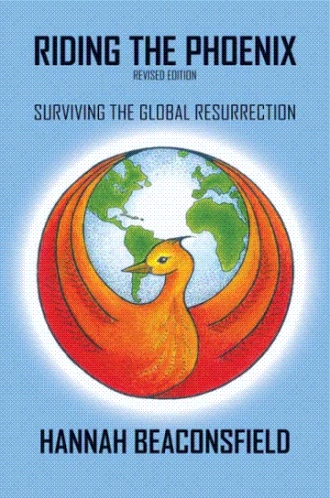 Integration is a key concept for the new millennium. It is key in that it will be a dominant force. It is also a key in the sense of unlocking the human entity to expand and evolve new patterns.

It is the integration of the elements that make up the total human package that will open the door to a new Earth species. The elements to be integrated include the bodies of consciousness that handle different aspects: physical, mental, emotional, astral, spiritual, and further unnamed divisions. There are the levels of brain wave activity: beta, alpha, theta, delta that will begin to overlap. The psyche and its divisions of id, ego, superego will merge boundaries. And the duality that drives your world, the division of male/positive/yang and female/negative/yin will begin to exchange and integrate elements.

We are not speaking of integrating male and female bodies on a physical level (not in the next millennium, at least). We are speaking of the characteristics assigned to these dualities.

The integration of the human bits and pieces will happen gradually. Anything too sudden would disorient the species and throw it into chaos. What you can expect is a diminishing of characteristics at the polar extremes, with a gradual move toward the center point of integration. This is already underway. There have been many changes in your culture in the last half of this century.

At the polar extreme of masculine, aggressive characteristics you have war. There are still wars on your world, but there is a change in the attitude toward the usefulness of war and an appreciation of peace. This change has entered into the mass consciousness of your world culture and it is the first step to a world of balance, harmony and peace.

There are also changes underway in the blending of states of consciousness. This was given a big push forward culturally and spiritually in the 1960’s. That decade marked a major shift in the mass consciousness and was an initiation point for the age of light into which you are moving.

Some of the consciousness blending is being seen now in children (and adults) who are labeled with attention deficit disorder, and/or hyperactivity. Many of these people are “evolutionary bridges.” They are working with holding more than one state of consciousness at a time and/or perceiving multiple realities that cause a constantly shifting focus.

They will be medicated and “helped” to fit the mold of “proper” Earth consciousness. But there is a deluge coming of those with the capacity for blended consciousness. So Earth science will be forced to change its definitions. This will be necessary because these evolutionary bridges, by what ever they are doing or being, are providing a stencil to which the rest of the population can line up. They are bringing in new patterns of consciousness energy that will cause many changes simply because their resonance will influence others.

The integration we speak of is massive and millennial in terms of its evolution. We have presented just a few points right now, about the nature of integration as the underpinning of the new millennium that you have entered. Remember, at the furthest reaches of its evolution, your integration is with the Source from which all has emerged, the God Light. 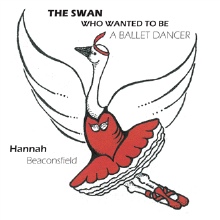 THE SWAN WHO WANTED TO BE A BALLET DANCER
Hannah Beaconsfield
$13.99

This book is a compilation of articles that were previously published in metaphysical periodicals. Many of the articles address the problems we are facing as the world goes through massive changes. The book offers spiritual support for our personal lives and an understanding of what the world community faces. It provides a positive and encouraging vision of our future.

Hannah is the author of Welcome to Planet Earth, A Guide for Walk-ins, Starseeds and Lightworkers,  ISBN: 0-929385-98-5 published by Light Technology Publishing. She has also written and illustrated a children’s book, Wanda and the  Fairy with the Gingham Wings.