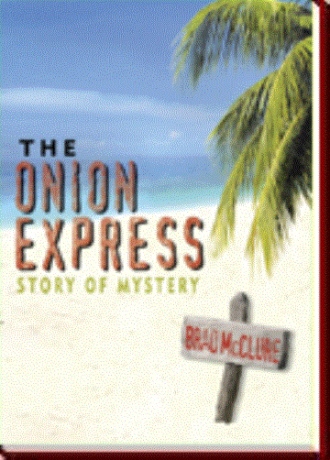 The nearly sixty-year-old world-renowned restaurant and bar was already fully engulfed in flames when the first, of what would be several, local engine companies arrived to battle the four-alarm blaze.  The fire had taken off and moved swiftly through the old structure.  Even the first passers-by and early gathering spectators could feel the heat of the rising flames from the other side of the boulevard, some eighty-feet away.

On my way back to the carousel, I was moving in and out of traffic, trying to maneuver as the artful dodger, when I accidentally ran smack into the backside of an enormous man.  In fact, when we collided, I bounced off him like a pinball while he didn’t seem to budge at all.  As I gathered my composure to offer a sincere apology the man turned, smiled a huge smile, and asked, “You okay brudah?”

“Yes, thank you.  Sorry about that,” I smiled back.

The gentle giant with the large friendly smile was obviously a native to the islands and I guessed he was at least six foot four and definitely more than 300 pounds of solid mass.  It would have taken more than two of my own arms to match the girth of one of his biceps.  As I moved around him, I noticed his colorful Hawaiian shirt, khaki pants and comfortable looking but more than casual leather sandals.  I also noticed that he was holding a sign between his two large hands.  As I got around him, I looked again only to discover the sign he was holding spelled Bryce.

“Excuse me?”  I said regaining his attention.  “But, my name is Bryce.  Jack Bryce.  Are you here for my wife and me?”

“I’m well aware of who Mr. Kapuulaa is Mr. Bryce,” Richard said not looking at me but rather looking directly into the eyes of Kainoa. “And I assure you there is nothing that can be done to get your material to your construction site before next week.  You presume that Mr. Kapuulaa’s presence here, just because he has money and power, will somehow change the situation and I assure you it will not.”

Kainoa took a step forward towards Richard’s desk, while reaching inside his coat and pulling out his checkbook.

It was Kainoa’s turn to cut him off, “I’m not the one presuming too much Mr.  Uh…oh I see it there on your desk,  Mr. Hatcher.  I’m just here to pay my account. Now how much is that barge rental?”

Just then a young dockworker burst into the office excitedly explaining that one of the barges in the bay was being towed away…by someone else’s boat!

“That would be my boat, towing your barge, filled with my material,” Kainoa said without much emotion.  “Now Mr. Hatcher, what do I owe you for the use of your barge?”

We were outside the building now, and I stopped our progression toward the bar.  “Wait a minute.  Did you just tell me your name is…”

I opened the door slowly to find the place dimly lit by gardenia-scented candles burning on the breakfast bar, the coffee table and the dining area table as well.  I put my stuff down on a chair, and taking the hint I stripped to my boxers and followed a trail of flickering light illuminating the short hallway and emanating from the master bedroom.  Being a guy who’s been without the favors of his wife for quite a while now, I was very excited and ready for some spontaneous lovemakin 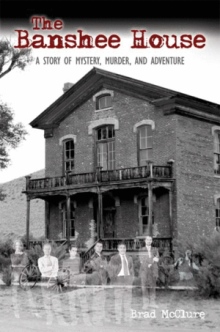 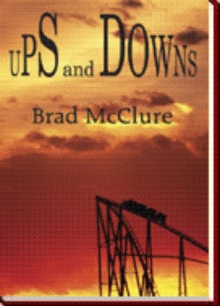 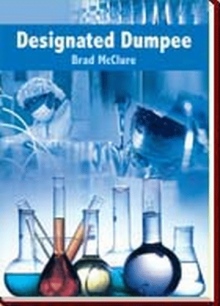 Part-time Construction Project Manager, Jack Bryce, takes on the role of re-constructing a once very famous restaurant and hotel, located in the city of , on the .  There, away from his family and friends, Jack becomes entwined in the power struggle of one of ’s most well-known and influential families, who themselves have internal problems, and local unions corrupted by their mob member leaders who had seized control decades before. As Jack works to rebuild The Onion Express, the path is filled with murder, mystery and several surprises.

Brad McClure and his family have resided in the Santa Cruz Mountains, along California’s beautiful redwood covered central cost, for more than twenty-five years.  There, he and his wife have raised four children and are now the proud grand parents of two beautiful grand daughters,  A native to California, Brad has spent the last twenty-five working for a well-known pharmaceutical company holding the position of Director of Facility Operations.  Other experiences include: owner operator of a service station; union laborer; utility worker, fly-boy on a newspaper press, surveyor, and seven years active duty in the U.S.A.F., where he did two tours of duty in Southeast Asia during the Vietnam War. Besides writing, his hobbies include fishing and enjoying the great outdoors.

“Writing has become a passion for me.  My books take on a life of their own allowing me a great sense of creativity that is extremely fun and personally rewarding.”  Now developing his fourth novel, Brad enjoys tying his fiction to personal experiences and familiar scenes to create quick, easy to read novels filled with everyday life, including life’s sometimes funny and embarrassingly awkward moments.  Mystery, adventure and plot twists intended to keep the reader guessing until the end of the book is his motif.

Brad believes, “Pleasure reading ought not to be a laborious task.”