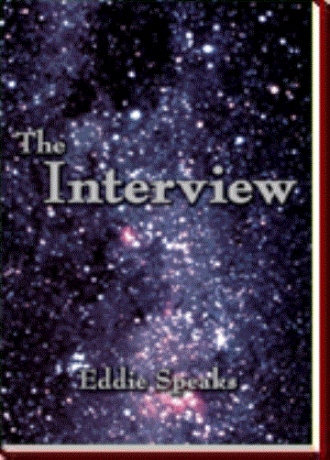 I am a man that believes in God; I lived a life just like many of you. I was a father, husband, friend and imperfect being; my life was not one of power or great consequence, I was just a man. My name is not important. Believe me, what I’m about to tell you cannot be found in a name.

The things that you are about to hear have not happened for you yet; not because they won’t but because your time has been predestined to fit your individual situation, or it is very possible that everyday life has blinded you and prevented you from noticing.

We humans are special people; special because our very nature is inspired by God. He gives us powers and abilities that far exceed our ability to perceive them. He grants us the ability to see things and to speak on things that have little or nothing to do with our personal knowledge or understanding.

These things are called visions and prophecies. Like you, I believed in God in many ways, but my beliefs stopped short of actually seeing or hearing the presence or voice of God. I believed that He could do and would do all that He said in the bible simply because He said it. That was a matter of faith, accredited to me as righteousness just as it was accredited to Abraham. My faith was no stronger or greater than that of the average person with daily doubts and concerns.

When we read about great men in the bible, they were men just like you and me, who were chosen to do a job for the honor and glory of God. When He called these ordinary men, just hearing His voice took them to a level of communication that could not be questioned or denied. God called my name and I was afraid. I was sure it was God, but I wasn’t sure if I wanted to acknowledge Him. 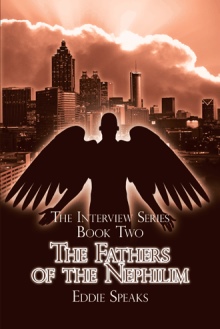 The Fathers of the Nephilim
Eddie Speaks
$17.99

Eddie speaks is a man who has been able to find the spiritual key to simplicity. Finding a way to express the most profound areas of religion in a clear and concise manner for all to understand. The purpose for this book is to open the eyes of every person that wants to see the truth for what it is and have the ability to shun that which is not truth.

He says that religion has been taken to another level and that level is in no way considered a healthy experience for the newly converted Christian; who reads how to practice Christianity one way in the bible, but is forced to experience it in a totally different way in life.

He believes it can be a bad thing not to agree with the majority. Even though the majority in many cases is wrong, because of their number they go unquestioned.  No one wants to break away and stand on their own for what they know is true until it becomes undoubtedly clear that a stand must be taken. The sad thing is, we’re all gambling with time and Christ is on a strict schedule and He’s only coming once.

There has never been a family of brothers and sisters that have gone through such pain staking events to keep me as focused as my seven brothers and sisters. I hold them up as my shining moment in life as some men do their dreams. My family has been my rock.

In life I have fallen many times, but I always managed to get up. To hear that may in fact sound courageous, but I had help. My family and my friends deserve my overwhelming thanks and gratitude, as God deserves all the Glory for all I’ve ever done that was considered to be righteous.