Buried Treasures - Through the Eye of Destiny 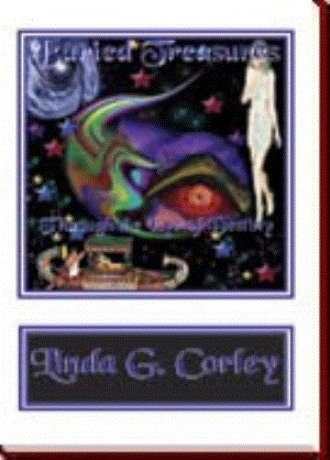 The date was , a week since Hycinthe had hugged her dear friend Angelique goodbye.  On this morning, Hycinthe left her home and walked aimlessly through the city.  Feeling the intensity of the great loss of her family, thoughts of her best friend running fast and furious through her mind, she sought relief.  Hycinthe believed that Angelique’s decision to take her own life, was not an act of cowardice but an act of bravery.  She admired her friend’s fearlessness and courage to venture through the Eye of Destiny willingly and not with fear or anger but with eagerness and anticipation.  In doing so, she alone was in command of her fate.  It seemed that Angelique had always been an actor in someone else’s play.  Now, it was her turn to direct her destiny on her own stage.  Hycinthe wished, with all her being, that she could be so brave.  Her heart ached for the companionship she shared with Angelique, however, her last words spoken were that she was never coming back, and she would have to deal with that.

“Perhaps a walk near the river will ease my aching heart,” she thought, wiping a tear from her eye.  As Hycinthe neared , she sensed a “presence.”  Something was pulling her, enticing her to follow.  She continued to walk and turned on toward the docks.  Following her intuition as well as the urging of this “presence,” she soon found herself near the water’s edge.  Her eyes were drawn to a post on the wharf.  Having become accustomed to seeing the many posters of survivors, she rarely read them anymore, however, this one caught her eye.  As she approached and her eyes focused on the name, she gasped and cried out,  “Oh, no!  This can not be true!”  Her eyes read the words for the second time, her brain trying desperately to absorb the reality.

Anyone knowing the whereabouts of

her that her husband Raphael is alive

and in hospital in .

Hycinthe’s discovery came as quite a shock.  Raphael had not drowned in the great storm as so many others had.  He was washed out of his home by the force of the waves which carried him into .  From there, he was carried further inland and eventually floated into Little Lake.  He clung to a door and floated for many days until he was rescued and taken to the nearby town of , located some 30 miles south of .  Unconscious and near death, he was taken to the hospital in the city where he eventually regained consciousness three days later.

When he informed the medical staff of his identity and provided them with the names of his family members, they immediately sent notification by way of messenger to Cheniere that Raphael was alive.  However, Raphael had no surviving relatives on Cheniere and the rescue workers on the island informed the messenger that the patient’s wife, Angelique, was taken to

The third novel for this author, presents the last installment in

The saga continues and we  follow the traumatic events experienced by Raphael and Angelique as they fight for their lives after the devastation done to their by a severe hurricane.

After the storm, Angelique thinking her husband dead and not wanting to go on living without her family, decided to take her own life in order to be reunited with her loved ones forever.  Her plan was to board the Delta Conveyance and travel to the Desire World, as she had so many times before. However, this time she was never coming back.

Follow Hycinthe as she embarks on a dangerous journey in search of her friend Angelique who is somewhere in the Desire World.  Will she rescue her in time to prevent her friend from going through the Eye of Destiny and certain death?

Come along for an exciting ride on the Delta.

This is the third novel for this author, in the continuing “Buried Treasures” series.

The author was raised in Golden Meadow, on the banks of Bayou Lafourche near the - one hour south of .

For 30 years the author worked in the field of Human Services, mostly as a mental health Counselor and Program Director in the area.  She holds a B.A. in Psychology with graduate work in Psychological Counseling from and a PhD in Human Services from .  The author avidly studies genealogy to learn more about her family history and to enhance the authenticity of her fiction.

In 1999, the author retired and opened a Bed & Breakfast.  In 2002 she opened a small , offering instruction to students from Kindergarten to 12th grade.  Self employment has allowed her the needed time to write and there are several other books in this series, coming soon.