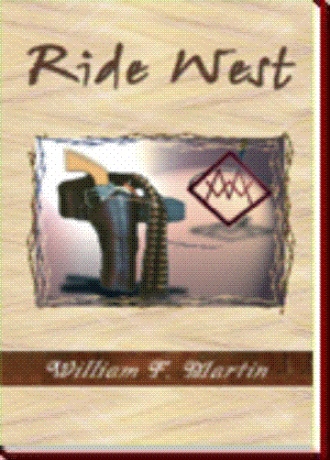 Clint rode west with his heart in a mixture of feelings.  In helping his brother and in saving the family ranch, he had restored his pride.  However, his reputation was still tarnished, and with the only man that could have cleared him falling before his very own gun, his wanderings would have to continue indefinitely without hope of returning to his hometown and the relationship with his brother that he had so cherished as a young boy.  There was a contentment deep in his soul that he and his brother were together in mind and understanding, even if they could not visit and spend days talking over old times.  The magical thing between these two brothers was a mystical ability to communicate almost without words.  Although they were not twins, their relationship was similar to that reported by many twins – communicating feelings, thoughts and ideas back and forth without any contact.  It’s like a subconscious feeling, inclination or sensibility that leads the two independent people to the same action, place or conclusion.  Also, no matter what someone may say to one about the other, a spark of doubt or mistrust would never arise between the two.  Mere men could not break their loyalty.

Loneliness spread over Clint Mason as he rode farther and farther west into the rough country between and .  He had circled far north of his mind path west to avoid the desert area’s huge stone monuments that rose up out of the desert floor like tombstones.  His lonesome feelings drew from loss of hope of rekindling his cherished family relationships, and from being wrongfully run out of his home community as a young man, with no one to turn to for companionship through these many years.

After two days and nights with gorgeous sunsets and sunrises over the desert and the great valley of stone monuments, Clint began to feel some positive effects.  His subconscious had probably guided him to this place of solitude and majestic natural beauty.  As his mood improved, his battered body continued its healing process.  The body is a marvelous machine.  Given adequate food and rest, it can endure tremendous stress.  If you add a good positive attitude or a specific goal, then the individual body and spirit acting together can accomplish miraculous tasks.  Clint had been blessed at birth with the outstanding tall lean body structure, quick reflexes, keen eyes, quick mind and stamina to outlast 99 of 100 men.  With these basic assets, Clint’s years of self-sufficiency had sharpened his ability to match the best.  This had just been proven with this survival in the range war.  True, he had been wounded seriously... but any lesser man would have laid down and died.  Not many people ever survived a gunshot wound, but Clint had crawled into his hideaway and nursed himself back to health.  He then went out and finished the job while still weak and in pain.  Under those circumstances, his ability to make a second and a third try revealed things about Clint that he had previously only suspected.  One thing his family had always believed was that the right things are worth fighting for.  There was no yielding to wrong; if need be, you fought to the death.  Clint was made of the stuff that military commanders dream of:  power, intelligence and the willingness to give everything for his cause.  The Greek and Roman generals gave their highest respect to men of this character and capability.  Clint watched yet another sun disappear into the horizon, his stature, stance and nobel face recalling the most ancient of warriors.  After this night, his next adventure would begin. 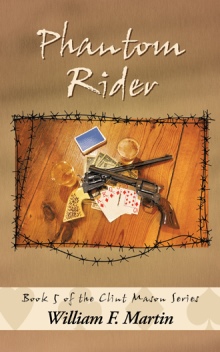 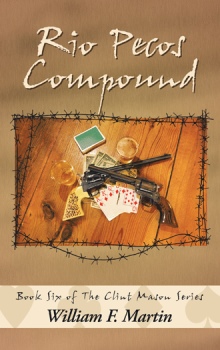 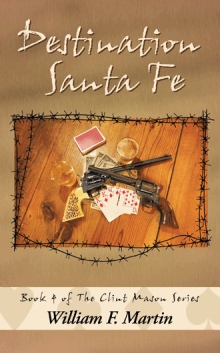 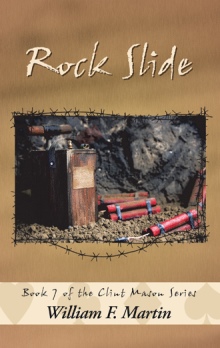 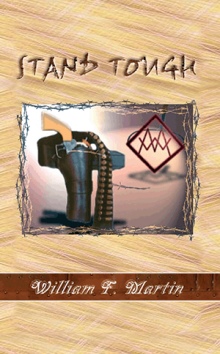 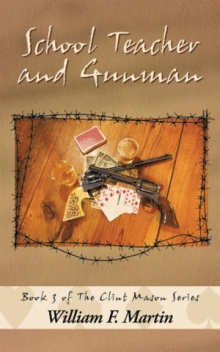 In a bygone era, the cowboys of the Old West spent the best parts of their lives working to maintain cattle ranches, to breed and raise livestock and to drive cattle to market.  The luckiest of those spent their time on the very ranch that their father, and perhaps their grandfather, had built—living out hard-earned legacies that gave them clear priorities and, if they were truly fortunate, more family to carry on when their time ended.

Ride West continues William Martin’s tale which is set within that era—but even then, there were men who had been cheated out of their rightful inheritances by others who were willing to use any means to get the land, money and power they desired.  The survivors of our Old West weren’t always the proud nor the righteous; often, those left standing were among history’s most sinister characters.

Having acknowledged the villains of this period, it should be noted that ’s history also reveals a solid consistency in producing worthy opponents to them—each of whom has stood for our country’s most revered values.  Entering the world of Mr. Martin’s first book Stand Tough, and its sequel Ride West, readers meet such a man.  Despite overwhelming odds, Clint Mason reveals the power of one... and single-handedly sets out to defend what remains of his family and their land at all costs.  Experiencing Clint’s covert travails, we see how sharp wits and sure-handed action can begin to conquer the unknown and the unjust.

Mr. Martin wishes to acknowledge the inspiration provided by his favorite uncle, the late Tom Weatherholt, who was a professional truck driver by trade.  It was at the age of eight, while accompanying his Uncle Tom on a trip from to , sleeping aboard that big rig and eating at truck stops, that the author was introduced to Zane Grey.

William F. Martin was born on a farm and moved west in the mid-sixties on an assignment with the federal government’s program to help Native Americans.  His assignment to , began a lifetime love affair with the American West.  His writing interest was developed with the publishing of many technical journal articles and textbooks on environmental and engineering issues.  He has given numerous papers and speeches, both domestically and internationally.