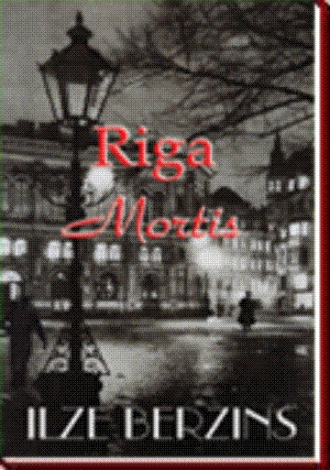 Outside, on , snow was falling. Bunches of big weightless flakes slowly slipped from the sky, smoothing a fresh white eiderdown over the ancient cobblestones, the sidewalks, the magnificent old buildings and the trees which lined the Esplanade.

By the time evening came, a hush had descended. Familiar sounds—the laughter of children, pedestrian footfalls, the clatter of tramways—all faded away to a distant whisper. When the snow stopped, there would be stars, perhaps a moon and the city would glitter like an immense milky jewel.

From far off, a dog barked, the noise soft and muffled. Arnie poured himself a refill, stretched out on the hobnailed leather couch by the window and gazed at his glass hoping the contents would help to dispel the winter’s chill. For a long moment, he lay motionless, luxuriating in the comforting daze that came over him as the alcohol reached his brain and relaxed his nerves. It was Tuesday evening, almost , January the twenty-fourth. After the kind of day he’d had, Arnie deserved at least a few minutes to himself even though, somewhere in the back of his mind, he knew he had a date with a deadline. He had always been a procrastinator, a member of the last-minute club and he had been able to pull it off, although lately, he noticed that it was becoming more of a struggle.

Today he had eaten lunch with a boring blue blazer type from the American Embassy, a guy nicknamed Teflon Don. Arnie had noticed that the guy’s hands were manicured and that his Timberland all season brogues looked as tefloned as their owner—not a fleck of winter crud on either of them.

Some of the expats from had muttered darkly about the circumstances surrounding Commercial Attaché Donald C. Fischer’s appointment in view of the circumstances surrounding his wife’s death. At the time he had heard these rumours, Arnie had paid little attention but all through their lunch, he couldn’t put them out of his mind. Fischer had invited Arnie and, over the first drink, he let it all hang out. He was diplomatically asking for a retraction of a story Arnie had published about some expat a couple of weeks before. How tacky, Arnie thought. All the same, he said he would try to find space in an upcoming edition of his magazine, having no intention of doing so. Let the bastard squirm.

After lunch, coming out of the Hotel Latvija, Arnie had chuckled as he walked past the strip where Lenin’s statue had once loomed over the landscape. He always got a charge remembering his perfect expat moment. And tonight was no exception.

After a pub crawl late one warm spring night, he had been caught short while walking along and had stopped at this same patch of lawn in front of the Courthouse. He could still feel the indescribable pleasure of urinating on the spot where Lenin’s statue had stood. He promised himself that he would do it again but he would wait till the weather was warmer.

And he would never forget the photograph he had clipped from a magazine which showed one of the many Lenins being dismantled in 1991. He wished he had been there. Lenin, all two thousand pounds of him in blackened cast bronze, was being strung up by a rope under his armpits, pigeon shit decorating his shoulders. There he was in mid air, fat and corpulent in his three-piece suit and tie, pompous yet helpless. It comforted Arnie to think that the heaven this Lenin was going to was the blast furnace reserved for all statues of out-of-favour politicians. And it would be hotter than Hades.

Shivering as a draft of cold air rushed through the cracked windowpane, he cursed the lace curtains. Useless against the arctic blasts, they had come with the apartment, remnants of the previous tenant’s occupation and now were grey with age and fatigue. He had meant to change them first thing but it was one of those jobs that had fallen to the bottom of his list as he struggled to get WOW! magazine off the ground. He would have to get up to turn on the space heater but he just didn’t want to quite yet. 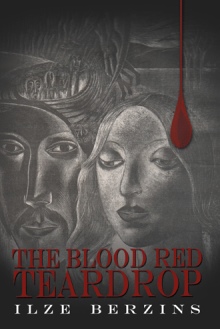 Another riveting murder mystery from writer and artist Ilze Berzins paints a jigsaw picture of the dark and terrifying legacy of post-Soviet . Expatriots-‘expats” Arnie Dambergs and Vizma Gross confront the lawless frontiers of the newly emerging nation while it struggles to shrug off the legacy of a brutal and repressive regime. Tag along and you will discover some of ’s darker corners, as well as the Baltic Riviera and the picturesque countryside. Together, Arnie and Vizma face danger and death as they become entangled in an explosive East-meets-West scandal.

After many years as an art educator and studio artist, Ilze Berzins began

her writing career during a sabbatical when she returned to her

native . This voyage of discovery resulted in her first novel,

Since then Ilze Berzins has turned her talents to producing murder

mysteries, many of which highlight the East-meets-West culture shock of

She is currently working on her next novel TAMARA