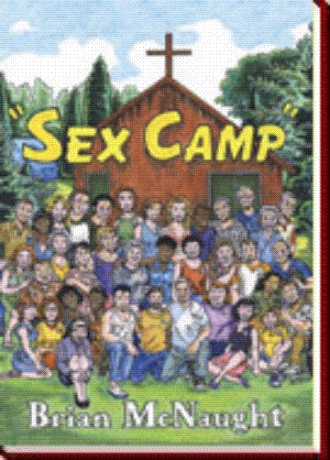 “Slow down a minute, will you, Bill?” Grace asked as she wrote furiously.

“And you can get an ‘xyxo,’ which will be a short male whose gender and orientation may be up for grabs. That’s called Noonan’s Syndrome,” he continued.

“The point is,” Bill said with a satisfied look, “that nature is not neat. Biological sex is not an easy issue. Further, when we talk about ‘male’ and ‘female,’ we’re talking about ‘sex,’ ‘sexual identity,’ and ‘sex role.’ When we ask the question, ‘What is a “male”?’ we’re not just asking about chromosomes, hormones, gonads, genitals, and differences of the brain. We’re asking about sexual identity and sex role. We’re asking both about the sex of assignment and rearing, as well as gender identity differentiation. In other words, is a person male who has ‘xy’ chromosomes, is raised male, but sees self as female?”

“What was that about sex role?” Beatrice asked.

“What ‘sex role’ does a female have that a male does not have, and vice versa?” asked Bill.

Again, the room was silent.

“This is confusing,” Maggie said.

“Can you stop there for a minute,” Beatrice asked. “Sex-coded role and sexual orientation?”

“Is that the same as ‘sexual lifestyle’?” asked Grace.

“No,” he replied. “Sexual lifestyle refers to the patterns around which we organize for daily living. For instance, open marriage would be a sexual lifestyle.”

“What’s an open marriage?” Maggie asked. “Is that like ‘swinging’?”

“No, they’re different. We’ll talk more at the end of the week about the various options for sexual lifestyles,” Bill said. “But let’s get back to my question. What’s the difference between a man with a feminine sex-coded role and man who is gay? First, what’s our ‘sex-coded role’ or our ‘gender-coded’ role?”

“Exactly,” said Bill. “More precisely, ‘transvestite,’ although I acknowledge that there is a lot of debate in the transgender community about terminology. ‘Transvestite’ has fallen out of favor.”

“Would the word ‘bi-gendered’ work here too, Bill?” Carol asked.

“Transsexual,” answered Betty after a few seconds of silence.

“Correct,” said Bill with a proud and affectionate smile. “A transsexual is a person who has his or her entire life coded as ‘positive’ for themselves the gender role of the other sex, and ‘negative’ for themselves the gender role of their biological sex. And the answer to the question ‘What’s the difference between a man with a feminine sex-coded role and man who is gay?’ is that the first is an example of ‘gender identity,’ and the second is an example of ‘sexual orientation,’ or erotic attraction. There isn’t a comparison to be made. For the record, most transvestites, bi-gendered people, and transsexuals are heterosexual in their sexual orientation, but some of them are gay.”

He now drew a line indicating the “Transgender Continuum.” The name “Joe” was written at the far left end, and “Joanne” at the other end. In between the two he wrote the words, from left to right, “traditional male,” “transvestite,” “transgender/bi-gendered,” and “transsexual.” 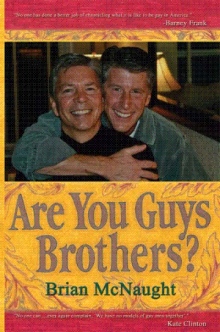 Are You Guys Brothers?
Brian McNaught
$16.95

Thirty-two strangers arrive at a Church-owned retreat facility on Saturday to work with some of the best trainers in the field of sexuality. They’re told that by the end of the week, they’ll know more about sex than ninety percent of the population. What they go home with on the following Saturday is a lot more than they anticipated or were promised. Besides laughing, crying, swearing, and cheering through films and intimate discussions about sexual values, body image, “self-pleasuring,” gender identity, sexual orientation, seduction, abuse, theology, and “turn ons,” they faced off with each other around an altar in the woods, under blankets and star-filled skies, bare-assed in the water, and with hands joined singing in a circle. Most everyone goes home forever changed. That is, if they make it through the week. The Annual Workshop on Sexuality at Thornfield was called “the world’s best kept secret.” Now you’re in on it.

Brian McNaught is a sexuality trainer and author whose primary focus are the issues facing gay, lesbian, bisexual and transgender people, and those who live or work with them. Named “the godfather of gay sensitivity training” by the New York Times, he has worked primarily with heterosexual audiences in major corporate and university settings since 1974. He is the author of the classic “coming out” book, On Being Gay - Thoughts on Family, Faith and Love, as well as Gay Issues in the Workplace and Now That I’m Out, What Do I Do? Brian also produced and/or is featured in five highly-praised videos, three of which have been aired regularly on PBS affiliates. He lives with his spouse, Ray Struble, in , and in

For more information on Brian or his educational materials, go to www.brian-mcnaught.com.