My Mother Told Me 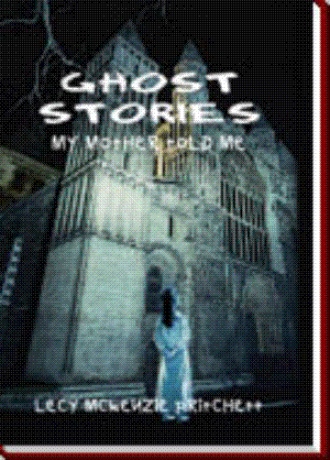 The Lady in the Lake:

Luke Daniels was a big man, with long blond hair, and beautiful blue eyes, tall and ruggedly handsome, being an outdoorsman was his life. When he got his job at Cooper/Wade, it was his dreams come true. The company worked hard to protect the environment, and Luke was their number one surveyor.

He was very excited about his next assignment, on a very remote Indian Reservation surrounded by beautiful hills and lakes. A small community, Luston Breaks Falls, was in the path of a powerful mining company. It was up to Luke to provide proof that allowing them to drain into the lakes and caverns, would cause a loss to the natural resources and the wildlife that lived on the beautiful land surrounding the little village.

As he drove into the small country town, Luke was very impressed with the raw untouched beauty of the little community. All the houses were neat and clean, and the streets were right out of a different time, with the roads paved with stone.

"I could live here." He said to himself with a smile.

He noticed that there was only one long building, and he was sure this was where he needed to be. There was a big sign in front of the building , and hand written on ply board was "Welcome to Luston Breaks Falls, We Are Honored to Have You Visit. Come On In."

He pulled into the only empty parking space he saw, and as he entered the building, he noticed it held not only the country store, but the post office, jailhouse, and hotel, or sleeping place, as a neat little sign read. Luke walked into the eating place, with a smile on his face, feeling that this is how life should be, simple and uncomplicated.

As he entered the room, everyone stopped what they were doing to turn and look at him.

For the first time, Luke felt uncomfortable, and as he looked toward the counter, he saw a young woman looking back at him. He saw four men sitting at a table playing checkers, and another man was sitting at the counter, and none looked very happy to see him.

"I’m looking for Ceeka Whitehorse." He said to the very pretty young woman looking up at him from behind the counter.

"He’s not here." She replied in a sweet little voice. "Are you the surveying man?"

"Yes, I am. Could you tell me where he might be?" Luke asked politely.

"He’ll be here in a spell. You just sit down there." She said very sternly, pointing to an old high back chair.

Grinning to himself, and looking in amusement at the pretty young dark haired woman behind the counter, Luke did as he was told.

"Here, you drink this." She said very firmly, as she sat a cup of coffee in front of him.

Luke noticed all the other men were no longer looking at him, as all had gone back to their checker game and discussing their plans for the day. He wondered why none of them said anything, but though she might be young, he could tell the petite woman with the sweet little voice, was in total control, and all the men knew it. 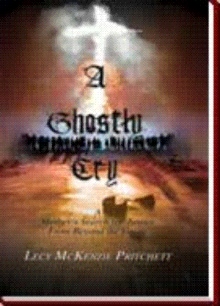 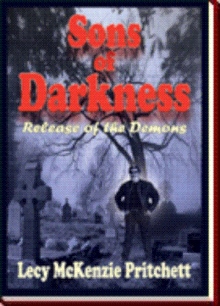 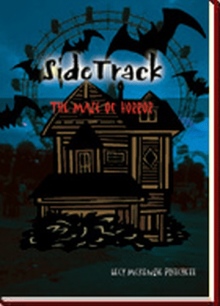 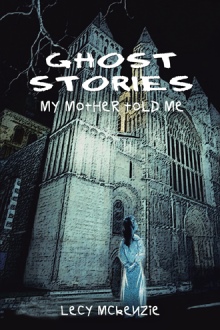 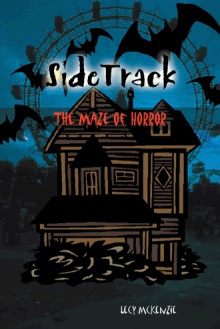 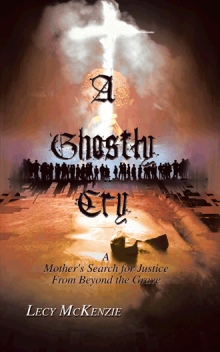 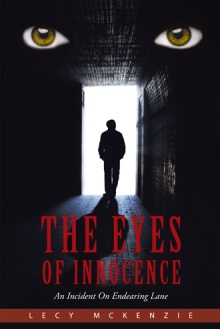 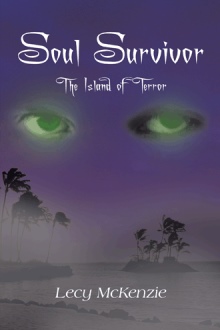 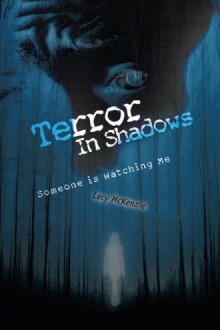 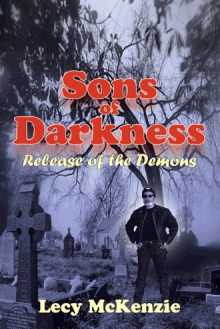 Get ready for a spine-tingling, chill-a-minute book, brought to you by Lecy McKenzie Pritchett, author of A Ghostly Cry. Ghost Stories My Mother Told Me, are eight hauntingly scary stories, that are sure to thrill even the most ardent horror fan.

These group of horror stories, most told to the author by her mother, Isabel Martinez McKenzie, based on her gypsy life, and her encounters with supernatural forces, were bedtime stories that left the author shivering in terror. From an evil Indian Princess searching for revenge, to a mother battling unseen terrors to save her child, to a sad little boy whose search for love and acceptance transcends both time and death, all are sure to keep you on the edge of your seat. Each story contains a lesson in life, and it is up to you to decide what lesson they teach. Some of the stories are based on true encounters of the ghostly kind.

So go ahead, lock your doors, turn up the lights, and get ready for a frightfully good scare, that is sure to please you.

Lecy McKenzie Pritchett was born September 17, 1951, the eighth of nine children to Paul and Isabel McKenzie. Lecy was raised in Bastrop, Louisiana, and attended college in Monroe, Louisiana. Lecy loved to write all her life, and was especially fond of writing about encounters of the supernatural kind.

Lecy moved to El Dorado, Arkansas in 1971, and resided there until 1989, at which time she moved to Houston, Texas to begin a career in real estate management. In 1991, Lecy married her husband, John Pritchett, and they are the proud parents of four children, Morris Mashaw, Heath Pritchett, Michael Pritchett, and Rachel Pritchett, and one stepson, Eric Morrison. In 1993 John and Lecy purchased a home in Katy, Texas, a darling little community about twenty miles out of Houston. In 1997, Lecy became the office manager at Westchase Square Office Building in Houston, a position that she still holds today.

In September 2001, on her fiftieth birthday, Lecy decided to return to her first love, writing, and now through 1stBooks Library, she is a published author.

Lecy’s first novel, A Ghostly Cry, was released in October, 2002, and it was a dream come true for her. Now, her second novel, Ghost Stories My Mother Told Me, is her way of once again sharing her love with you.