A Drama in the War Torn Country of Colombia 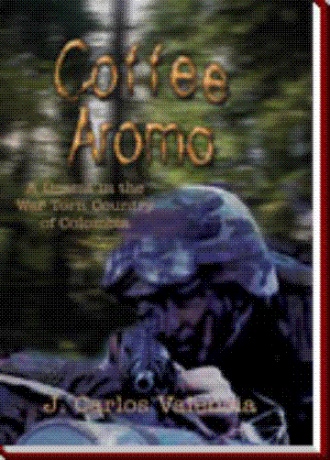 TORO: (Looks at the young Cargo Master, moves his head affirmatively, shakes the hand of the Colonel, grabs his M40A1 sniper’s rifle and boards the plane).


The plane takes off into the sunset. The Marines in the back of the plane are dressed in full combat gear. None of their uniforms have their names, branch of service or rank. One of them chews gum, another spits tobacco in an empty cup while cleaning his M249 (SAW). Another Marine makes sure that the belt in his night vision goggles is secure. Two other Marines are busy making sense of a map. The young Captain rests with his hat over his face.

TORO: What is it, Staff Sergeant Rodríguez?

RODRÍGUEZ: Sir, should we go over the whole thing one more time?

TORO: No need. We know just what to do.

RODRÍGUEZ: I know what to do sir, but the procedure says...

TORO: You do whatever you feel like doing, but don’t bother me. I haven’t slept in the last two nights and if I don’t get any sleep before we do that jump you will be in a world of shit. Besides (looking at his men), these are the best Marines in the whole battalion, hand picked by the CO. We trained, we fucking trained day and night, weeks and months... We’re ready Rodríguez, we’re fucking ready.

VÁSQUEZ: Everybody listen up.

RODRÍGUEZ: Let’s go over the whole thing one more time.

MARINES: (Continue to check their gear).

TORO: He said to go over the whole fucking thing one more time. Does anybody have a problem with that?

MARINES: (Stop what they are doing and move towards Rodríguez).


O300. SOMEWHERE OVER THE COLOMBIAN TERRITORY


PILOT #1: (Turning switches on and off, looking at the radar and adjusting knobs) It doesn’t look good.

PILOT #2: The cargo stays here. Those were the orders.

PILOT #1: Jumping in this weather is suicidal.

PILOT #2: Tell that to the Colonel.

PILOT #1: Maybe we should talk to Captain Toro.

PILOT #2: He got orders just like us, and I don’t think that he will listen. (They continue to struggle with the plane).

PILOT #1: Maybe if we climb to twenty thousand.

PILOT #2: Negative. Too high for the jump.

CARGO MASTER: (Listens to his head set and moves towards Toro).

STALKER: (Grabs the Cargo Master by his blouse) You don’t want to wake him up.

CARGO MASTER: (Pushing away the hand of Stalker) Sir, we’re having problems with the weather. It’s very nasty out there and Captain Harris thinks that jumping under these conditions could be very dangerous for you and your men. It could jeopardize the mission. He suggests going back to Panamá and getting new orders. (Touching his shoulder) Sir, Captain Harris says that...

TORO: (Removes the cover from his face, looks at the Cargo Master, then at his men. They look back at him) We’re jumping.

CARGO MASTER: Maybe it’ll be better if you come up front and talk to the Captain, sir.

TORO: No need Sergeant, he’s got his orders, I got mine (and pretends to go back to sleep).

CARGO MASTER: (Walks away and reports via headset to pilot. The Marines continue to camouflage their faces, secure and check each other’s gear).

MARINES: (They all have their gear on).

RODRÍGUEZ: Stop what you’re doing and listen up. The Captain has something to say.

TORO: You all know what to do. We trained hard for this mission, we are prepared and ready. (Looks at his men) First we make the jump. Then we look for Sure Shot, accomplish the mission and finally, we go back home. The weather is not helping us at all, but we’ve jumped under worse conditions. Good luck to all of you and I’ll see you all on the ground.

RODRÍGUEZ: Álvarez, get up front. Stevens, Green, you and you follow...


Thunder, lightning, rain. Shots of the men being swept away in the high winds. Toro’s helmet comes off when he finally lands in a tree. His parachute is tangled up in the long branches.


The plane is being swept away by the high winds. One of its engines is on fire. 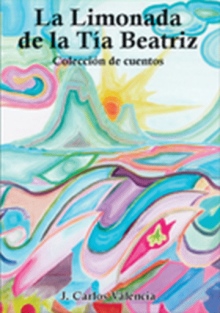 Marine Captain Toro is sent in on a routine mission to the country of Colombia to find and eliminate the leader of the Revolutionary Army (FARC), Sure Shot. Nothing, no even the hard and arduous training he received, could prepared him for what he was about to encounter. He is forced to search for the truth, which will lead him and the reader, to discover the real victims of this internal conflict. The book is part fiction and part reality but nevertheless, a drama, in the war torn country of Colombia.

Professor Valencia teaches Latin American literature and language courses at Truman State University. He earned his Ph D. and Masters degrees from Florida State University, his BA from University of North Carolina, Wilmington, and his AA from Campbell University, NC. He is a former Marine and served during the Persian Gulf War with the 10th Marines, where he was awarded the Combat Action Ribbon. He currently serves as an officer for a Combat Engineer company in the Missouri National Guard.