Time, An Acronym for Eternity 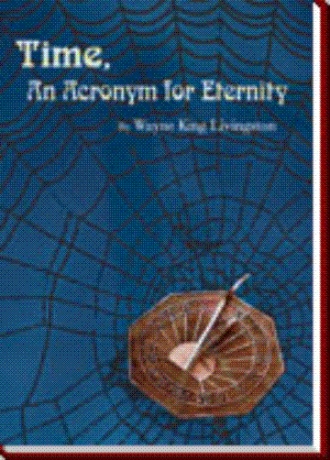 Reflecting but a moment, the self-appointed Guardian leader started with a schematic to illustrate the summation of an immemorial riddle for mankind.

"Josh. In the years to come, this earth that man lives on will become increasingly complex. A government science must develop with the problems of how to feed and educate our masses of civilizations and, at the same time, balance the immense environment of this unique planet itself. A dozen centuries from now in earth time and eagerly waiting for these answers, dwells a civilized society that is now managing the shards of those very problems that we are talking of at this moment. We, the Guardians, came from a society within a society, traveling to this period with the aid of a highly evolved method of moving through the bands of time. We did not design the method, only the machine. We believe that Travelers came to us also, once-upon-a-time, perhaps having been the way of our realm - always!"

"The history of this planet earth is of more significance to some than the dalliances of today's demented fools. Mr. Merlin, you have been chosen by one of us to join an elite aristocracy that has been given the task of structuring some minor parts of our history. I believe you can perceive now, what you have joined - and for whom! I have indulged your requests and urge you to seriously contemplate further inconsequential inquiries!"

--There were two men! One was watching while the other was listening to the studio window that was opened slightly. Josh was not seen yet as he approached under the cover of the shadow of the canvas canopy that shielded the terrace. He didn't have the his Beretta with him for he felt it wasn't necessary inside the hotel, but reassuringly, patted his chest to check the Gausser was still inside his shirt and was now taped below the breast bone. Josh reached in for it and a pulsing from the weapon reacted to his heart rate. It made him feel secure in the power in it, so brazenly; he stood erect and issued a quiet demand.

--The sailor grunted as he stared obviously at her breasts, then looked her in the face and grinned again as he spread his arms, closing the retreat. He moved slowly toward her, as Patty looked quickly about for some alternate route to avoid the entrapment that had quickly been decided by the huge form in front of her. The sailor grabbed her and pinioned her arms behind her. Holding her then with one arm, he groped for her breast and pulled her low cut dress down while grabbing the skin fiercely causing Patty to gasp from the pain.

"You son-of-a-bitch," she cried and raised her knee to his genitals, squashing them in its suddenness. His eyes opened, but didn't let go as he still tried to force her backwards to a slightly opened laundry room door. Patty then, smashed her forehead into his nose with a head-butt, making the man roar with pain and drop his grip for a moment--.

Gunter's eyes moistened again as he stared down the sea. Suddenly his vision forward was lost for the limited horizon ahead disappeared. The scene blackened as a huge towering crush of water, pushing eastward from the Faraday's fractured earth-plate loomed in the bridge's forward glass and blocked the images ahead as the gigantic oceanic mass quickly descended down onto the decks. With violent roaring force it ripped objects away in its vicious attempt to sweep man from his impecunious perch. 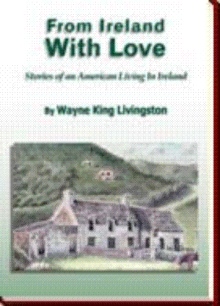 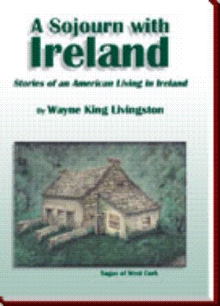 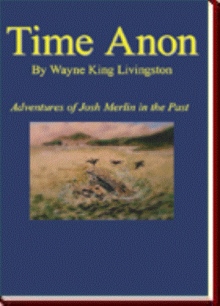 A story of contemporary note, this is a tale from man’s evolution over four million years. The question was, how did man sleep for 99% of that period and suddenly wake up? Our story’s slice of time takes us to the 21st Century and Josh Merlin, who has a chance meeting with one of the men who is responsible for changing events around the world. How any person, or persons, could do this is what Josh becomes involved with. As a pilot employed by the Travelers, Josh follows Jim Stevenson and his sophisticated group almost to the ends of the earth to help in a task so vast he is overwhelmed. The task is to establish an equality among the world’s citizens to enjoy all the world’s scientific advancements, so greedily deprived by power brokers the world over. An ardent romantic, Josh meets the woman he has longed for in his dreams that have haunted him since childhood. Together they try to sort out the depth of what they feel is a task for the Creator, but realize finally and fortuitously, that they may be in His hands, leading to a subliminal conclusion.

Wayne Livingston is a native Pennsylvanian. He became a professional pilot and went to work for an oil company as a corporate pilot. Boredom took him to New York City and Pan American Airlines where around-the-world travel was the name of the game. He met his sweetheart wife Patty there as a flight member of United Airlines.

Missing the excitement of flying for high-powered executives, Wayne went back to corporate flying and finished a career with a Fortune 100 company in New York. From the companies he spent time at, he learned how a large business could endure in the fast pace of international affairs. A reflection of this is what he loves to write about.

A passion for basic physics, flying, and world travel make up his pastimes, so they consume his books. Having a love affair with Ireland caused him and his wife to take residence there on the sea for eight years, and is the seat of his novel herein.