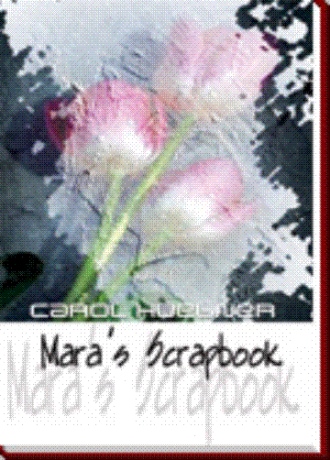 "You know," he said suddenly, "I bet Phillip and Loreen would send her every summer for a couple of weeks. That way they could take vacation trips and she could visit us. What do you think?"

Hazel reached for the earlobe which almost wasn't there, a familiar gesture when she was thinking carefully, and Al waited. Their coffee mugs steamed, the fat clock in the hall ticked loudly, and he waited. Finally, she looked up and pulled on her glasses.

For a moment, Al thought, his lips moving in silent counting. Then he answered, "Procrastinate."

"Correct," she said. "So don't deserve the word. Get on that phone and call Sedona."

"Listen. You hoped she might make us younger; I was afraid she might be the death of us. We were both wrong. We do better for the time together, that's all."

Al stood abruptly and walked toward the telephone. Hazel watched him, and she thought, so many years, so much kindness. Then, suddenly afraid, she looked down at the newspaper and the crossword puzzle.

This page includes two pictures and two pieces of writing.

One picture is of a small house with two lemon trees, heavy with fruit; the other is of a girl sitting on a step, clutching a small dog.

A faded pink thank-you note..."Rough Draft," written in adult hand on the top...is taped next to the pictures.

Thank you for the nise visit. I had a good time. The food was good. We did lot of fun things. I lov you. Mara"

Centered on the bottom is a school composition, written on lined notebook paper in the script of an older Mara.

I stayed with my grandparents for a week,

[Mara writes] and we really did fill the time. Near the end they gave me a doll with a china face and glass eyes. I could tell I was supposed to really love her and appreciate how old she was . Probably I was supposed to allow her to get even older.

But she was too stiff, and her clothes were too fragile. On the ride home, I accidentally pushed in her eyes, first one, then, when I desperately went searching for it, the other. Mother saw the doll lying on the back seat and she told Dad. I cried, but they promised not to tell on me. When we got home, we paid to have the doll’s eyes repaired, but she's stayed on the shelf ever since.

Did Mara's grandparents pass on something else which could not break? They must have, or the visit would not have been remembered so fondly – by the two older people in the corner of that photo of the house, by the puppy gasping for breath in the girl's hug, by Mara, whenever she pulled blankets up to her chin and, in their absence, told herself a goodnight story. 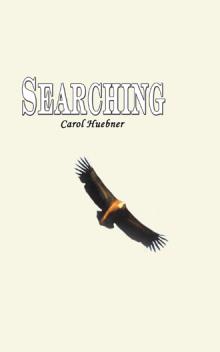 What items would represent significant events in your life? Which ticket stubs, receipts, programs, pages of a letter or photographs would show delights and pains? These items are described as Mara grows up, influenced first by her grandmother Hazel, then by an elderly neighbor, Mrs. Dunzler, then by Pauline, the mother of a friend. The book concludes with sections devoted to Mara and her attendant, Rachel.

Mara learns to accept new challenges while she adapts to physical weaknesses. Eventually, she a begins a new MS treatment with unknown results.

Born in Portland, Oregon, Carol graduated from Willamette University in Salem in 1967 with a degree in English. Three years later she obtained her master’s degree from Claremont Graduate School. She taught high school and college English for thirty-one years before retiring from high school administration in 1998. Throughout that time she wrote articles, made conference presentations and wrote a weekly newspaper column called "Grace on Wheels."

Like her mother, Carol was diagnosed with multiple sclerosis. Currently, she is serving as a peer counselor with the Los Angeles chapter of the National MS. Society and sharing her experiences with interested people. She also edits papers sent in response to her tutoring website.