. . .and other Tallman Tales 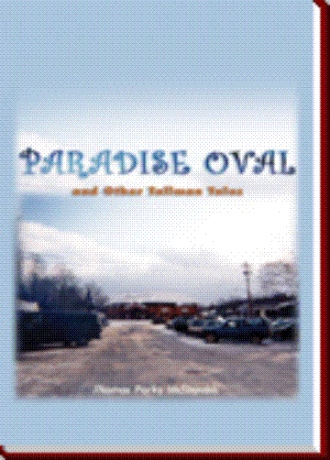 When he walked into the bar, he could sense death in the air. He had lived just around the corner from the dryly named "Step Inn" for about two and a half years, and though a frequenter of pubs and taverns of all types, he had never actually gone into this most local watering hole. And when he saw the lone figure down the dimly lit corridor, he felt a strange queasiness in the bowels of his stomach. For Kevin Fisher, the rested past was about to smack head on with a highly uncertain future.

The Step Inn was a dreary old soldier, owned by a bar lifer named Barney McGlocklin. A veteran of World War II and Korea, McGlocklin had two full pensions; one from his grateful Uncle Sam and one from a thirty year stint at Con Edison, which he had begun upon retirement from the service in 1957. So old Barney was doing just fine for money. Only Barney McGlocklin needed a purpose; he needed somewhere to be. He was close enough with two sons and a daughter from two failed marriages, but he was basically alone. The Step Inn was his ticket out, because it was his and he could run it any way he wanted. Of course, for a man Barney's age, this meant all the quaint yet somehow outdated extremities of an "old man's" bar.

There was a brow beaten Wurlitzer jukebox in the corner and a porcelain "come one, come all and pee" urine troft in the restroom. Hell, he even had what may well have been the last of the pre-microwave Stewart Sandwich ovens still in existence, the type that was all the rage in the 1970's, the last great decade for old man's bars. He had all sorts of reminders of America's military history on the walls and behind the bar. He just didn't have people. It was like a VFW without the V's. Old Barney had helped bury a number of soldiers and sailors in the past few years, and very few vets showed up at his place anymore. This was partly because those that remained frequented those affiliated halls, like the VFW and the Knights of Columbus. Barney's place, being privately owned, was always in danger of being "taken over" by a younger crowd, to the old vets' way of thinking. This was a somewhat comical thought, really, because no form of "youth movement" was ever going to happen in the funereal Step Inn.

Another problem was that Barney, who did have an ancient one-legged crony named Gus tend bar for him on occasion, basically worked alone. Couple this with the fact that Barney only showed up when he felt up to it, and you never knew when the bar would be open. He might be there until five in the morning on a Tuesday, yet just as easily stay home from closing time Friday night until opening Sunday at noon, in the process missing the usually important (for most pubs, anyway) Saturday night take. So, in the world of alcoholic beverage servers, Barney was neither fish, fowl nor foreign. Anyone under 50 would walk into the Step Inn and immediately walk right out. It had an instantly ominous feel to it. Barney didn't even have to worry about being robbed; no one could imagine there being any money to speak of lying around to consider taking. 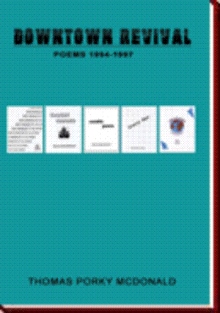 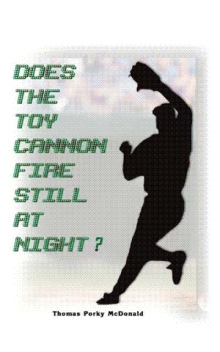 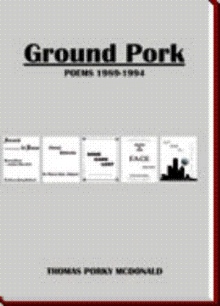 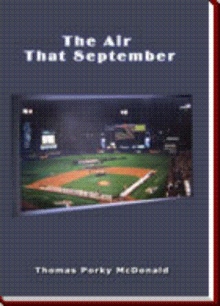 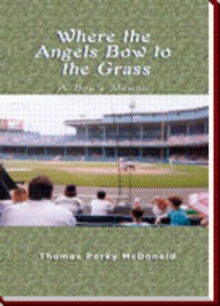 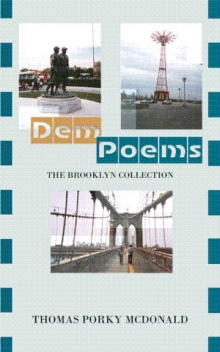 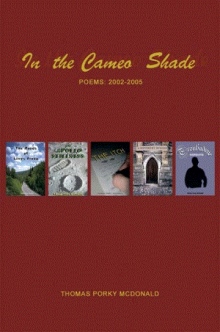 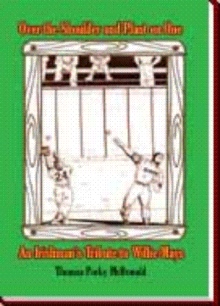 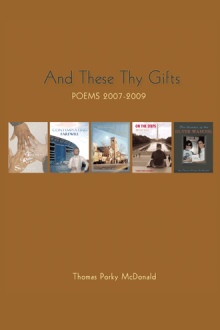 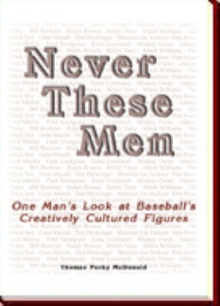 The first collection of short stories released by Thomas Porky McDonald, Paradise Oval spans the worlds of baseball, mass transit and a number of other venues that the otherwise rambling poet has drifted through. Brought to life in three distinct sections, the characters that roam through the pages of McDonald's sometimes longing narratives seem connected only in their divergent quests for faith and loyalties.

In "A Subtle Reunion", a young man faces up pensively with his whispering past, while tales like "Always Identities", "Equidistant" and "Paradise Oval" each trek the terrain of where one might have been and how that might shape where we choose to go in the future. In addition, the caustic sportscaster Chauncey McGee and the genuine observer Riley O'Reilly are memorable characters that McDonald summonses to give you pause for thought, while also bringing a grin to the face or a sigh to the heart. On each occasion, different aspects of baseball and/or the ballpark are cited to stress a point.

A half dozen tales explore some of the intricacies of a large metropolitan transit system, drawn from almost two decades of experience in that most public sector. Internal stories, such as "When We Musketeered", "Tales of Odie" and "Three Months in a Blender" are nonetheless balanced with the roads that we all might encounter, beyond the workplace. "A Moment in Malverne", set in the smallest of towns, questions the meanings of life and death, and the fact-based "Two Words of Christmas " gives a positive spin on relations among all men and women.

A collage of life tales closes the volume, with such diverse characters as the mysterious former high school buddy Mo Oh and the sly and calculating thief Frankie Jingo leading the way. Along the way, "A Stop Far Away" and "A Seat of Honor" recall McDonald's childhood vibrantly. The manic "Beyond the Forbidden Zone" offers up a most amusing take on the world just around the one that defined the writer's New York City upbringing. Throughout, Paradise Oval takes the reader to places they may not have been, but may well choose to return to again and again.

Thomas Porky McDonald is a poet and writer whose use of the world of baseball as a setting for a number of his hopeful characters has remained true for over a decade. Through poetry, reflective analysis and his unique "Tallman Tales", McDonald chooses to focus on the positive that can be found in life, as opposed to the much easier acknowledgment of the negative. His initial releases, An Irishman’s Tribute to the Negro Leagues and Over the Shoulder and Plant on One: An Irishman’s Tribute to Willie Mays, each contained a number of short stories, but Paradise Oval...and other Tallman Tales represents his first published volume of pure storytelling. The native of Astoria, Queens will also be releasing four poetry anthologies in the near future: Ground Pork: Poems 1989-1994, Downtown Revival: Poems 1994-1997, Closer to Rona: Poems 1997-1999 and the as yet incomplete Still Chuckin': Poems 1999-2002. A son of a Brooklyn Dodger fan and a lifetime supporter of the New York Mets, he currently works in Downtown Brooklyn, just a brief while from the former site of Ebbets Field. He believes this close proximity can claim at least part of all the writing he has done thus far, or will do in the future.