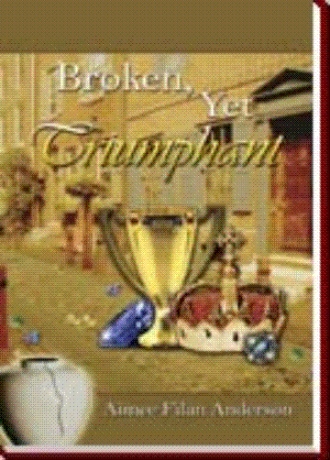 I remember walking into their house that night in a daze and viewing the dead bodies of our dear friends. The man of the house was lying curled up in a heap in his own blood on the kitchen floor. His wife was sprawled face down on her blood-splattered bed. The stench was unbelievable. I clutched my husband’s handkerchief to my nose attempting to block out some of the offensive odor.

I was stunned and nauseated at the sight of it all. As the shock moved over me in waves, I began to shake all over! My stomach churned and I was certain I could not stand it another minute.

We studied the bodies, walking back and forth between them in a daze. All time was lost as we stared semi-consciously in disbelief. Finally, we collected our wits enough to realize that the sheriff had to be notified.

Treeves, Jr. picked up the phone, but had trouble with the lines.

"Could the phone have been tampered with?" I asked anxiously, my heart skipping a beat. "Maybe the killers are still around," I suggested, almost to myself.

At last, however, the sheriff’s office was reached and the lawmen said they were on their way immediately.

Mrs. Treeves’s eyeglasses were lying on the hall floor with one of the lenses missing. The two doors on an end table in the living room were wide open, and a few rinsed dishes were in the kitchen. Otherwise, everything else inside the house looked immaculate.

In silence, we finally stumbled out of the house, into the dark night to await the arrival of the police.

"Honey, go sit in the car!" my husband said gently.

"You can lock the doors."

"Please, honey!" I was spooked beyond words. Both of us locked ourselves into the car and waited for the officers, while Treeves walked off around the house in the dark night to wait.

It seemed an eternity, yet it was only a short time before the officers were there and the place was lit up and humming with activity.

When we asked the head sheriff if we could leave, he said, "No, not yet."

Therefore, the two of us sat on the fireplace hearth and listened while the sheriff questioned Treeves, Jr. about his parents.

"Did they invite many people in?" the sheriff questioned.

"Just a few select friends. They did not entertain much," Treeves replied.

"Do you know if they have been threatened?"

"Not that they shared with me."

"Did they keep money around the house?"

The questions went on and on, and all I could think about was leaving. I wanted to go home and hug my children and lock all my doors and windows.

From where we sat, we could see the dead man’s hand lying on the floor between the kitchen and the living room. What an indelible impression that picture made on our minds. It seemed to be reaching out to us in a pitiful effort to cling to life and the living.

The search by the police made that night uncovered two spent .22 caliber shells. One was found behind the bed in Mr. Treeve’s room. The other, found in a closet in Mrs. Treeve’s bedroom, had apparently been fired by a weapon held hip-high and had ricocheted off a sidewall through the end of the hallway without hitting anyone.

One of the officers leaned down and picked up the eyeglass lens in his handkerchief. Studying the broken glasses, he shook his head.

"It is obvious she put up a struggle," he said.

I felt as if all the demons of hell had been let loose in their home.

"Oh, God, what is all this for? What are you trying to teach us?"

How long would we have to sit there thinking? Would we ever be able to get away from seeing that gruesome sight of his hand clenched into a fist on the floor? I thought I might be driven out of my mind, and in my delirium, I might see it open and close again in a macabre reenactment of its owner’s death agony.

Finally, the head sheriff turned to Albert. "Will you please take Trent Treeves to his home?"

Albert said, "Yes, of course." Then I asked if he would take me home first.

I was obsessed. I cried, "Do not leave me, Albert. I don’t dare go in there by myself."

I will never forget how I was afraid to walk alone into my own home that night, where all six of our small children were supposed to be in bed sleeping soundly.

While Treeves, Jr. sat in our car waiting, Albert escorted me into the parsonage.

"Please come inside and search everything before I go in," I begged. I was afraid to be left alone with the sleeping children in the quiet house.

Thoughts raced through my mind. It was so awful. Her home had been a place of refuge. The Women’s Missionary Council Ladies of the Church met there time after time. I always felt such a sweet spirit when visiting her. I loved being in her home. She was an immaculate housekeeper. The home and surrounding grounds were so beautiful. One could not help but love her caring and sweet personality. Now it would be impossible to meet there anymore.

Aimee Filan Anderson is also the co-author of the following books available at Author House:

reveals in fictional form the drama of family suspense in finding the brutally slain bodies of two dear friends (double-murder mystery). It incorporates private episodes that touch the heartstrings, including near death experiences, stolen property, and the fish-bowl existence of the Minister’s home through the transparent heart of a Minister’s wife.

, is a personal story of two people and their family as they walk together in the service of their Master -– their conflicts and their strife -– their tears and their heartaches -– their joys and their victories, but always going onward and upward in their walk with the Lord. You will see their battles, their defeats, and their victories. Often what looks like defeat will be seen later to have been a positive victory. Deliverance was achieved from seemingly insurmountable odds.

No one is an island to himself. Each one touches another. We help or hinder; bless or curse. A blazed trail offers assurance and encouragement. BROKEN, YET TRIUMPHANT is written to bless and help other pilgrims on their way to conformity and greater fruitfulness.

Critically acclaimed by churchmen and editors as a dramatic account -– glowing, revealing, and inspiring -– this is a true story

Frank N. McAllister (former superintendent), states in the Preface, "Thank God...as He made a way for the Andersons, He will make a way for you."

–- sequel to BROKEN, YET TRIUMPHANT. Other titles co-authored with Albert, are: WHITED SEPULCHRES and forthcoming 2001 sequel -- A GENERATION OF VIPERS.

Honesty, integrity and faithfulness form the backbone of Aimee's life. She learned that honesty in personal relationships and character transparency can be costly. However, people in real trouble require and demand genuine openness. A blazed trail offers assurance and encouragement that someone else has passed that way victoriously. Her books reveal how Divine Strength builds on human weakness to make the impossible possible.

Albert declares, "Aimee has been more severe with herself than she deserves. I can attest that she has lived a virtuous life in all areas."

Recently Aimee returned to working on SUNSHINE THROUGH CLOUDS. Her husband, Albert, has now joined her as co-author.

Former Superintendent Frank McAllister (Assemblies of God, Northwest District) states in the Preface, "Having known Aimee Anderson, her husband, and their lovely family for many years, I have seen them develop and flower into beautiful Christian people. The way for them has not always been easy, but the Waymaker has been with them all the way."