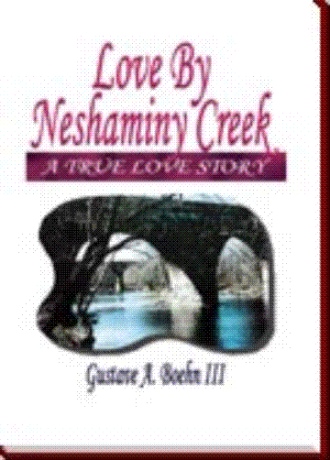 The fountain had six stools, but in the summertime, it was more fun to sit on one of the old wooden benches outside in front of the store to enjoy one's treat. The benches were also a great gathering place for the kids because of the close proximity of refreshments. An ice cooler just inside the front door was always filled with cold bottled sodas. Two bright, red gas pumps in front of the store was the only place to fuel up for miles around. A discolored corrugated metal roof helped to protect the benches and gas pumps from the elements. In this small town the store was the hub of activity, and a good place to catch up on the latest gossip.

The street in front of the store is called "Brownsville Road" and acts as the dividing line between two townships and school districts. It was about fifteen miles to either high school in their respective district from the bus stop across the street from the store.

The few remaining students on the bus got off and made a dash for the store. They'd linger at the fountain clowning around and eating sweets, with the exception of one young man. After disembarking, Charles Bowen began walking down Brownsville Road towards his home, pulling his coat collar up around his neck and lowering his face to protect it from the cold rain. He was thankful he lived only a few blocks from the bus stop as he trudged through the cold downpour with his straight, blond hair plastered to his forehead. There were no sidewalks so he was forced to walk on the edge of the paved road, causing him to glance up every so often to check for oncoming cars.

He'd have liked to have joined the rest of the kids but his job at the bowling alley wouldn't allow him the time. His hours were from five to twelve, seven nights a week. It was extremely hard work setting double alley but he didn't mind, the pay and tips were good. He was saving his money to buy his first car. At the present, an old bicycle was his only means of transportation for the three miles to the bowling alley. He was thinking he'd have to dress appropriately for the weather.

For the next two weeks, Chuck constantly thought about the girl on the bike. At night after going to bed, he'd replay his encounter with her, clearly visualizing her pretty face. Just thinking about her made him feel good all over. Not knowing who she was or where she lived was driving him crazy. Going to school and working every night didn't allow him the time to try and track her down. Even if he had the time, he'd no idea how to go about finding her.

It was Saturday night and Chuck felt the need for some fun rather than going to work so he called in sick. He donned his dress clothes because he decided to attend the dance that was held every Saturday night in a building located a few blocks from Ervin's store on a side street. It was owned by a man known only to the kids as Mr. I.O.B. who made shellac and sold it under the IOB label. He sponsored the dance and also supplied the records that were played. It was a fun place to frequent on Saturday nights. 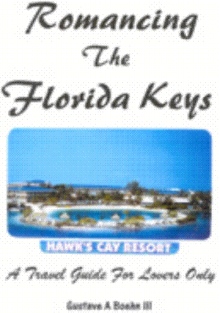 The author's unusual love life over the years, combined with the incredible adventures he'd experienced resulting from that love life, compelled him to share his story with whomever is interested in reading an intriguing true romance novel. In fact, the story about his small town first love is so poignant, the book should be required to carry the following label:

Warning! The reading of this book may be hazardous to your health, it could tear your heart out.

The names of all the characters in the book have been changed from those of the actual people involved. The names of the places and locations mentioned in the book where this story unfolds are the actual names. The names remain the same today, except for "Merek's Cafe." It's now called the "Hulmeville Inn."