Beyond the Road to Damascus: Saul of Tarsus Becomes Paul the Apostle 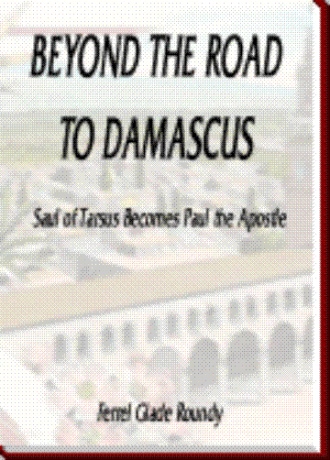 My conversion to the gospel of Jesus Christ can be described or defined only as miraculous. But before I dwell thereon at length, I should like to provide some limited background observations. My Hebrew name Saul, which means "asked for," has always been important to me because it was the name of Israel s first king, who belonged to the Tribe of Benjamin, the smallest, and in the eyes of many, the most insignificant of the Tribes of Israel. Yet King Saul, though from this smallest of the Tribes, stood head and shoulders above most other Israelites. He indeed was a large and handsome physical specimen, but he unfortunatelydid not remain true to his gospel covenants, and this led to his infamous and humiliating downfall.

By the name Saul I was known until I met the Roman Proconsul Sergius Paulus on the Island of Cypress during my first missionary journey. It occurred to me then and there that since I am a free-born Roman citizen, in which fact I take great pride, and that since I was a missionary to the Roman Empire, it would be a decisive advantage for me to call myself Paul, which appellation has always been received favorably by the Romans. Most Jews, however, prefer to call me by my Hebrew name Saul, to which I have not the least objection.

I was brought up as a Jew, the son of a Pharisee from the Tribe of Benjamin, and circumcized the eighth day, of the stock of Israel, an Hebrew of the Hebrews and, as touching the law, a Pharisee. My father, though not a wealthy man, was pleased to send me to the best schools in Tarsus, which place I would describe as no mean city. It is the capital of Cilicia, a narrow province (varying from thirty to sixty miles and having a length of almost three hundred miles) situated between the Taurus Mountains and the Mediterranean. The land surrounding Tarsus is productive, and the city is well known as an important center of commerce, thanks to her convenient port of Rhegma at the mouth of the Cydnus River, whose cold waters originate in the mountains to the north and pass through Tarsus about twelve miles from the Mediterranean. In my youth the city was already eight centuries old, but of particular significance is the fact that it is one of the three greatest centers of learning in the world; some would say the greatest. To its renowned university, students gravitated from many places, but I observed that the natives of Tarsus seemed to have surpassed all other students in their academic zeal.

And now the time draweth nigh when I shall be delivered. I have come a long way from the Damascus Road and the Street Called Straight (and if I were to tell even a hundredth part of what the Lord has revealed unto me, many would apostatize at once). But having passed through it all, I am calm as a summer s morning, and my conscience is devoid of offense toward any man as I go soon to kneel at the feet of my Beloved Savior Jesus Christ; and when I kneel at His feet, I will know no more about Him than I know right now. O Death, where is thy sting! O Grave, where is thy victory! 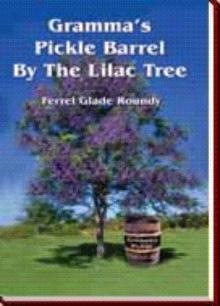 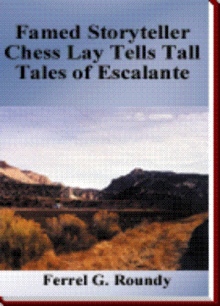 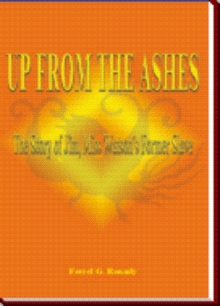 Up from the Ashes: The Story of Jim, Miss Watson's Former Slave
Ferrel Glade Roundy
$9.95 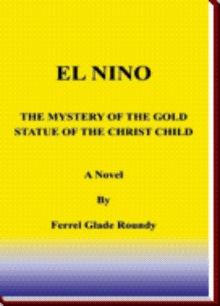 El Nino: The Mystery of the Gold Statue of the Christ Child
Ferrel Glade Roundy
$8.95

As first-person narrator in this intriguing and informative novel, the great Apostle Paul reveals his innermost thoughts about life in general and the gospel of Jesus Christ in particular. We learn of his vehement opposition to the new Christian sect, of his miraculous conversion to Christianity while on the road to Damascus to persecute Christians, of his various missionary journeys, and of his undeviating faithfulness in promulgating and disseminating the message of Christ, of whom he bears personal witness as one who has transcended the realm of faith and entered the exclusive realm of personal knowledge. Hence, he is called an Apostle--one who KNOWS and thus is SENT to bear witness of Christ and His Atonement for and in behalf of all mankind. BEYOND THE ROAD TO DAMASCUS is definitely a must read!

Ferrel Glade Roundy, long-time English professor, has written a dozen or so books. Upon retiring from teaching, he will return with his wife to their 160 acres of sage and cedars in southern Utah to bask in the incomparable scenic splendor of the Grand Staircase-Escalante National Monument and surrounding areas. That he will continue to write more books is a given.