Grief As I Know It 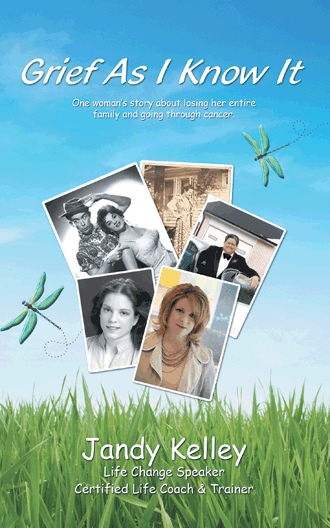 There are some mornings when I wake up and it is hard to believe that the people I loved are now gone to a place unknown to me. Within a two and a half year period of time, beginning when I was twenty-six, I lost five family members. Death started to become almost too familiar. Pain came and went in waves and could never be predicted.

I had never experienced loss before and then I received a huge dose within a small fraction of time. Childhood memories popped up in my mind of my mother telling me that she would never die. As childish as it was, even at age twenty-six, there was still an inner belief that my mother was invincible and would never leave me. So when she passed away I had a sense of disbelief, anger, and resentment towards her for having lied to me. 'How could she have left me?' I asked myself.

My mother and father were entertainers, singing their hearts out all across the United States from town to town, night to night. I have always been proud of the old black and white publicity pictures and newspaper clippings that I have of them. Every chance I got I would show them to my friends, leaving them intrigued and excited about what it must be like coming from a 'show business' family. It definitely has its tales, but mostly, the flashy pictures were a front for a very chaotic lifestyle.

My mother was beautiful with her hourglass shape, sexy stage dresses, and perfectly penciled in beauty mark that rested on her cheek. My father was handsome and looked like a suave leading man straight out of a 1950's movie. Unfortunately, both were alcoholics.

I loved my family despite a dysfunctional upbringing. The booze, drugs and, of course, dads extra marital affairs were always on my mind growing up. At age seven, I had an ulcer due to the stress of having these people around me and my parents divorce. My brother was eighteen years older than I was and no longer in the house to protect me. My sister, who was six years older than me, received that task which she detested, ensuring that she would despise me as well as blaming me for having taken her childhood away from her. But these four people were my family, and despite everything I was not ready for them to die.

My losses began in late December of 1991 while I was finishing massage therapy school and going through a divorce after five years of marriage. My mother's favorite aunt passed away. I had only met her a couple of times, corresponding with her on and off, but knew her well through my mother. My mother took the news of my great aunt's death extremely hard.

My mother had been ill the last couple of years, in and out of the hospital with emphysema and tranquilizer addiction. She had given up alcohol years ago but was still a dry drunk (drunk behavior in tact), yet she was a current practicing drug addict. She had been an alcoholic most of her life and had experienced difficulty coping as long as I had known her. Mostly, she just feared living.

My mother was named executor of my great aunt's will. Due to her own physical and mental condition, she could not carry out the task. I had noticed my mother descending into a downward spiral over the last couple years, but when my great aunt died, there was a change in her voice and behavior. Shaky and not at ease, I could sense her fear escalating, contemplating her own mortality.

My aunt had led a reclusive life. She seldom left home, and so the neighbors would often check on her or bring her groceries. Four days had gone by before she was found. My sister and her husband took over the duties of cleaning out my aunts' house and executing the proceedings of the will. My brother-in-law had the awful task of cleaning up the fluids and stench left behind. The house was full of antiques and junk to sell or discard, but my sister managed to get through it.

I remember feeling very surprised at my sister volunteering for this dreadful and painful job of taking care of my aunt's estate. My sister had carried around so much resentment all of her life toward everyone in the family. She had always distanced herself from us emotionally and physically, so it seemed strange to me that she so quickly jumped in to help.

I only talked to my mother a couple of times after my great aunt's death. She was not in a cooperative or communicative mood. I had not seen her in a couple of years. The Christmas holiday was approaching and I had to make a decision as to where I would spend it. I wanted to see my mother, but I had not seen my father in twelve years.

My father was suffering from autoimmune hemolytic anemia and was not doing well. I sensed he did not have a lot of time left, so I felt I should visit him. I was afraid I might not get another chance. I flew out on Christmas Eve about a week after my great aunt's death.

When my father and stepmother met me at the airport, he informed me that my mother had called. She wanted to let me know she was back in the hospital for a few days but not to be concerned. I wasn't. She was in the hospital so often over the last couple of years. Most of the time she was crying wolf and looking for pity.

Mother stayed in self-pity, not giving herself a chance to be well. Many of her problems were emotionally based. She had spent some time in the psychiatric ward at the hospital. Everyone had reached out to her many times over the years, but she did not want to help herself. I knew she was experiencing a lot of stress having lost her aunt the previous week, so I called to check on her after arriving at my father's house.

I could hear the fear and stress in my mothers' voice, but I was also very tired of playing the savior. As usual, she played me for the guilt one more time. 'Don't worry about me, I'm fine. You have a good time,' she stated in her upbeat depressive voice that was clear as a bell. Guilt manipulation. I felt I couldn't do anything right. 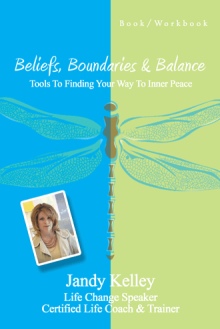 Having lost five family members to death and having gone through a divorce in a 2 1/2 year period beginning at the age of 26 sets the unbelievable journey Jandy Kelley had to embark on. In the first half of her book, Grief As I Know It takes you through her experiences of having lost her mother, father, 35 year old sister, grandmother, aunt and a divorce. The second half of Grief As I Know It explains to the healing techniques Jandy used to not only get through the pain, but turn her experiences into a life changing, positive experience. This book caters to others dealing with their pain and moving forward into life. As the readers turn each page, they will know that Jandy understands and connects with their feelings and knows the trials and tribulations of grief. This combination self-help/autobiography stands out through its honest and vivid accounts of her experiences.

Jandy Kelley holds a Bachelors degree in Psychology. She has been trained in Dispute Mediation and Massage Therapy and has studied self-help topics extensively. She has spent time coaching others on topics such as grief, stress reduction and self-expression for leading a more honest, happier life. Jandy has also written a book, Doesn't Anyone See the Pink-Polka-Dot Rhino, in which she shares her experiences growing up in a dysfunctional family and provides the audience with the tools to get out of this behavior and develop a more effective life.