Tools To Finding Your Way To Inner Peace 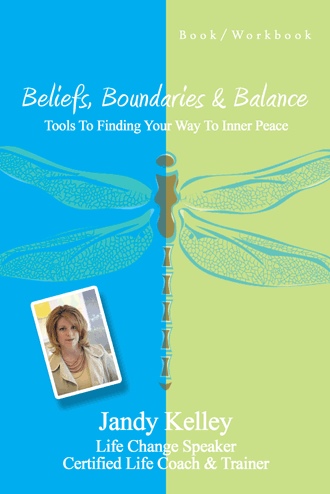 I was broken. Trying to please everyone around me, I was weary in my spirit. I wasn't even sure if I had a spirit left. Or, did I ever really have one to begin with? I had become a people pleaser to such a degree that I sacrificed my body, my mind, my emotions, my relationship with God and well, okay...every other part of my life. Just name it.

I didn't even know who I was and I had not realized that most of the thoughts I had about myself or anything else weren't even mine. They were handed down like a tattered rag doll, wanting to be understood and loved as if new. The thoughts and beliefs I had didn't seem to line up with what I felt was right, deep inside of me. That was a part of me I had to squelch. If I didn't, I wouldn't survive. I surely wouldn't be accepted.

Acceptance. Something that seemed far from my reach, yet I was willing to do anything to achieve this desired feeling. It was a dream, but a dream that didn't seem to be meant for me. So, I ventured to find it in any corner I could, destructive or not. Men would become something to conquer. There I surely felt that I would receive the love and acceptance I always wanted.

I became a human-doing. If I just DID more, someone would find value in me. Yes, I said it. I did not feel like I had value, that I was worthy or deserved acceptance. It wasn't just okay that I was born. I had to prove my worth; earn the right to be here. Even my own family made that clear. My sister told me when I was a teenager that she had resented me her whole life for my being born. Clearly, I was not smart enough to know I shouldn't have come here in the first place. There was no place for me.

So, I got busy. Busy doing! I felt like if I could just prove myself, I would achieve that golden dream. I would learn how to become the best people pleaser. I would learn to avoid my feelings. I would learn to be numb to knowing how to say, “No.” I would get involved in things or situations or people where I was accepted, though the situation was clearly not healthy. At least I was wanted in that scenario. Better than nowhere.

I put my life at risk being with people I shouldn't be with; doing things I shouldn't be doing. I put my self-respect aside for a little glimpse of love. I did not understand how my behaviors would change the course of my life. I felt like God was going to have to do something fairly significant in my life to make this course change patterns, which He did, but that is another book.

The course: that is what it is all about. It is the beginning. The beginning of who we are. God brings us into this world lovingly by his grace, but not necessarily loved by the grace of anyone else. It is not that they don't mean too. Often times, it's that they don't know how to love, unconditionally and fully that is. The course of life is riddled with patterns that keep us in the state of being “human-doings”, and keeps us out of the clutches of the “human being” model that is granted peace, love, acceptance and respect. It may even be that we are loved, but the patterns of negative behavior have such a strong-hold on the family, that it is by osmosis that you feel or act out failure.

No fault of yours you may be asking? Yes…and, no. How old are you? If you are past the age of eighteen, it is now officially your fault that you are swept up in negative beliefs, having no functioning boundaries in your life and a lack of peace that leaves you teetering off balance. Yet, at the same time, it is not your fault. How is one to know that they are not functioning well?

The symptoms are feeling stressed the majority of the time, saying yes when you want to say no and feel you cannot, pleasing people you don't even like or respect, allowing others to say or do things you do not agree with, making choices that you know are wrong, not taking time for yourself, not being financially responsible, loaning money when you don't have it, not setting boundaries and...the list can go on. 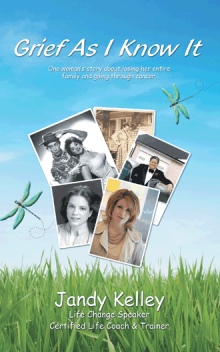 Jandy Kelley, Author of the book, “Grief As I Know It”, brings you her latest life's study, “Beliefs, Boundaries & Balance”, Tools to Finding Your Way To Inner Peace. In this project, Jandy shares with you a straight forward account of how we become wired, tired, unbalanced and unhappy in today's hectic lifestyle. Once the reader has uncovered the mystery of why they are at their wit's end, Jandy provides the reader with easy and effective tools to work through the many difficult barriers of life and allowing them to come out on the other side and to ultimately obtain inner peace.

Jandy Kelley is a Life Change Speaker, Certified Life and Business Coach and Author of the book, "Grief As I Know It." Jandy is a former Corporate Trainer having taught business owners on the skills of running a successful business. She now owns and operates her own successful speaking and coaching practice.