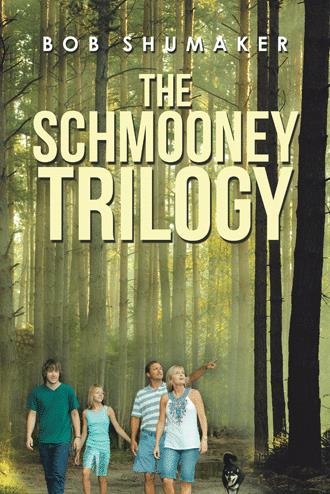 When we walked into the main building, Amy was standing near the entrance talking with a man I didn’t recognize. He looked about the same age as Amy. I glanced at Uncle Steve who waved to the man as we approached. “Keith, of course you know Steve and this is his nephew, Austin. Austin, this is Keith Reynolds. Keith is very active as a volunteer here. He was telling me about their hike yesterday.” Keith proceeded to tell us all about his frightening experience the day before. He finished by saying, “We reached the trailhead without any mishaps, and I drove the group back to town. By the time we got to town, the kids were talking about the whole thing as an exciting adventure. If anything, they’re even more excited than before about WNC’s Junior Naturalist program.” “Little did they know that as we gathered our gear and hurried toward safety, I was saying over and over in my head, ‘Get out! Get out! We need to get out of here, now!’ But what was worse was the other thought I couldn’t get out of my head. ‘Watch your back,’ I kept thinking. ‘Watch your back; mountain lions attack from the rear.’ Now, I know very well that mountain lions have been extinct in this area for a long time. So have the Grays. But I just couldn’t think of another animal could have killed that deer and half-buried it there.” “So, Amy, help me out here. What am I missing? There must be an obvious explanation.” Keith stopped and looked expectantly at Amy. Amy looked quickly at Uncle Steve with a question in her eyes. I saw him nod slightly. “I’m afraid there isn’t an easy answer,” Amy said. “None of the animals we know of in these woods could do what you described, Keith. But obviously something did it. And if a predator capable of that behavior is in this area, we will see other signs of it.” Amy glanced at Uncle Steve again and continued. “We may already have another piece of the puzzle. Steve and Austin saw an odd track in the mud near the stream yesterday afternoon. At first, they thought it was a dog track. But there were no claw marks, so an animal with retractable claws – a cat – must have made it. The biggest cats we know of in this area are bobcats, but this was larger than a bobcat track. I thought perhaps the animal that made the track had slipped in the mud, making the track it left behind look oversized. But now I wonder whether the same animal that killed the deer made that track. “The one thing I can say for sure is that whatever killed that deer is way too big and too dangerous to be living so close to people. We need to find it and move it to deep wilderness, for its own protection and ours.” She looked around at us, letting us absorb that. “I will make some calls this afternoon to see if there have been any other reports of odd occurrences recently. I’ll let you know what we find out.”   Keith looked very somber. “You know,” he said thoughtfully, “my goal was to give the kids a learning experience. I am the one who got the learning experience. Yesterday, I was reminded that Nature WILL take its course. You can count on that.” 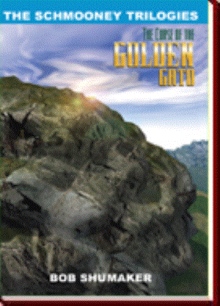 The Curse of the Golden Gato
Bob Shumaker
£10.99 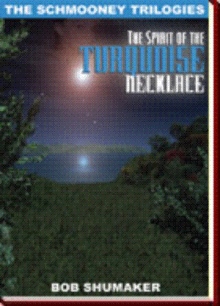 The Spirit of the Turquoise Necklace
Bob Shumaker
£8.99 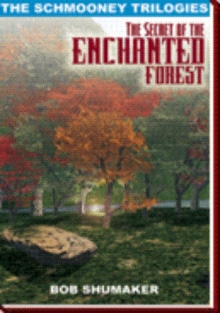 The Secret of the Enchanted Forest
Bob Shumaker
£8.31 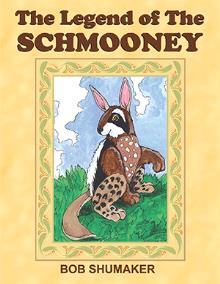 The Legend of The Schmooney
Bob Shumaker
£13.99

Have you ever had that odd feeling something was about to happen, and it did? Some people call that a ‘gift’. Austin Cook has that gift. He doesn’t understand it and has tried to ignore it. As far back as he can remember, he and his family have visited his favorite uncle in Mountview, a small North Carolina town surrounded by a largely unexplored forest. For nature-loving Austin, it is an ideal place to explore the woods and learn about the forest animals that fascinate him. He loves all kinds of animals and, strangely, they have always been drawn to him. Austin has that ‘feeling’ that this trip will be much different than all the others, and it will. He and his sister, Katy, will befriend a very special forest animal who has amazing powers. The three, using Austin’s incredible gift, will unlock hidden secrets that have been buried for centuries. But there are treacherous people who want to keep those secrets hidden. Austin and Katy are vulnerable children visiting a deep and dangerous forest, and they will need to use all their powers and friendships to defend themselves if they are going to survive.

Bob Shumaker, author of twelve books, was raised in Cuyahoga Falls, Ohio, and now lives in Simpsonville, South Carolina, with his wife, Sharon. He retired early from his sales and marketing company to focus on one of his lifelong passions: writing. Bob began writing at age nine, inventing short stories for his family and friends and has never lost his love of storytelling. “The Schmooney Trilogy” is a three-part fantasy adventure novel for all ages. His Schmooney character was selected as the prestigious ‘South Carolina State Mascot for Literacy’ and was also named the ‘City Mascot of Simpsonville, South Carolina’. Bob writes books that appeal to all age groups. His first illustrated book, “The Legend of the Schmooney”, retells the Schmooney Legend in a colorful form perfect for younger children. And his latest story, “The Incredibly Amazing and Magical Flying Chair” will soon be in school play format.