The Ancient City of USA

Standing Up for America Series 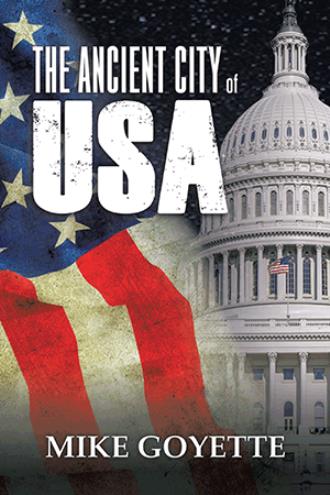 As Guy parked the car on the side of the street, they could hear the rioters blocks away, a main thoroughfare of violence and motion running perpendicular to where they were standing. As they opened their doors, the smell of something burning struck them. Guy looked at Candace as he got out the car shaking his head, the reality of the situation now sinking in. This was dangerous. Jon was right, either he or Candace could easily get hurt if they got too close. His car could get damaged or destroyed. What if a mob tried to stop he and Candace from leaving and he hit one of them with his car? The whole scenario now seemed like a colossally bad idea. Candace stared in the direction of the rioting and slowly closed the car door. “It’s not too late to get cheese sticks. Are you sure you want to do this?” Guy said, regretting this more and more. Candace hesitated and slowly nodded. “Yeah,” she said in a weak voice. They both stood and stared down the street at the activity. They saw many people in the distance running down the main street carrying various items. Other than an obvious large screen television in someone’s arms, they were too far away to make out the exact contents of the things being carried, but they assumed these people were looters, running through a stream of smoke which was lazily cascading down the street. They could hear some of them cheering and laughing, yelling many of the profanities they had heard earlier on campus. They could also see packs of masked rioters, carrying signs and throwing what looked to be bricks and water bottles at buildings, cars and Guy assumed, maybe some people. The uneasy feeling grew and neither he or Candace moved or spoke. “Look,” Guy finally said, trying to sound calm and in control. “We’ll go down a street or two and work our way up behind some of businesses and take a peek at the main strip. That will likely put us at the edge of the riot. That’s probably better than just running into the middle of it.” Candace gave a nod to Guy. “Well, this is what we came here for,” she said, sounding unsure. “It’s not too late to turn around,” Guy said. “I’m not sure what we’re trying to accomplish here. I know you don’t like what they’re doing and neither do I. Neither of us agree with them and we both want this nonsense to stop, but this is dangerous. I doubt any of them are married to their cause. Most of them probably don’t know what “cause” they’re rioting for. They’re just an unhinged mob looking for a reason to destroy and loot and fight and I don’t think we want to be in front of them. We’re right and they’re wrong but there’s only two of us and a lot of them,” Guy said. Candace glanced up the street and then back at Guy, considering the situation. She was now growing nervous. On campus, she felt some sense of control, even in the face of the rioters. Here, however, she felt somewhat helpless. She refused to let this feeling dissuade her from forward movement. “The mob is just an unthinking animal, someone provoked it into action. I’m not talking about the bigger societal drivers, I’m talking about something specific that drove this particular mob into action this day, this time, this place. You saw how coordinated this looked. This didn’t just happen. Don’t you wonder who is pushing this? How much do you want to bet that the entire main street is destroyed? Why would someone want that? What are they getting out of that? They did this in two locations. Well planned. Who is doing all this? So, what are we trying to accomplish? Maybe we should make this a fact finding mission. We don’t engage, we just try to learn what is prompting this? Who and why. No engagement so we don’t get hurt.” Guy shared her curiosity. The whole situation had been gnawing at him. The truck with the pre-made signs and the group that showed up on time at the right location to carry them was too coincidental. The Angry Bullhorn Queen making a very precise entry and exit. All of this suggested something more than a bunch of college kids protesting something. The sounds of people yelling profanities, glass breaking and things being thrown were growing louder. Guy’s phone rang again. It was Jon. Guy shook his head and sent Jon to voice mail. He also sent him a text of the location where they were parked and the direction they were walking in. “Well, we didn’t come all this way for nothing. Okay, this is a fact finding mission. No engagement. We don’t talk to the rioters. We definitely don’t get into a fight with them,” Guy said and together they started walking. They quickly walked parallel to the main street for a distance. The intense sounds of the riot faded slightly and they both decided that they had made the right decision to not enter directly into the fray. They decided to walk another block and make their turn to the main strip. Guy saw three of the rioters approach the intersection ahead of him and Candace. One of them turned, looked at Candace and Guy and the three paused, looking to be in a discussion. The three made rapid glances between the main street and Guy and Candace, as if deciding which way to go. The three slowly turned and began walking toward them. It’s possible the three noticed Guy actively avoiding eye contact so as not to engage or provoke them that caused them to approach, being drawn by the scent of what they thought was weakness. Then again, their direction and abrupt change of pace could also have been driven by Candace shaking her head while glaring at them.

The Ancient City of USA is Book 1 in the Standing Up For America Series. A pointed and humorous look at today’s cultural and political environment offering an alternative message to the woke, Leftist ideology being trumpeted daily. Will people in the future look back in history and laugh at the behavior of their ancient ancestors? Will they wonder why a free people relinquished their freedom for tyranny? Will they even know that their ancestors were free for a time? Will they be so different in the future? Will they have learned the lessons of the past, the lessons offered by the failure of others? Have we? Will human nature ever change? Join Guy, Jon, Candace and Gabriel, four college students, as they attend a mostly peaceful protest which draws them down a path at odds with the radical Left. Battling the self-described 4 Horsemen of the Apocalypse and a mysterious girl who personifies evil, they fight to find the truth in a dystopian society. They find themselves fighting against forces seemingly bent on creating an upside down world; forces that include the FBI, Corporate America, the leftist media, their own government and an unhinged, cultish mob, all following the twisted, anti-American, anti-family, anti-God ideology promoted by the young, power hungry hustlers that comprise the 4 Horsemen.

Mike Goyette has over 30 years of experience in the Automotive Industry. He created the Standing up for America Series as an alternative message to the anti-American, anti-God, destructive woke culture being forced on the people of the USA by the radical Left.