The Downfall of America 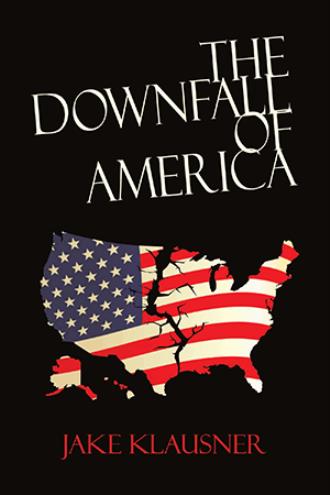 Once I started to pay attention to politics, there was no going back. Once I saw how infectious and destructive the Left’s ideology really was, I couldn’t turn a blind eye. Once I saw how the Left was living in a fantasy land, I knew that I needed to be a part of the conservative movement in standing for truth. Once I felt firsthand the intolerance towards differing opinions emanating from the Left, I realized that America was truly being torn apart. Once I began to realize that the downfall of America was at hand, I knew that I had to do something. I couldn’t just sit by and watch as the greatest country in the history of the world was destroyed. I knew I had to do my part, whatever small part that may be. Throughout the course of this book, I will discuss the issues that I believe are directly leading us to the downfall of this country. It all starts with the rejection of God and the resulting rise of secularism. Every rejection of the truth coming from the Left ultimately stems from the secular intellectual crowd. G. K. Chesterton once said, “When men choose not to believe in God, they do not thereafter believe in nothing, they then become capable of believing in anything.” This is exactly what has happened. Truth and reality are being rejected in favor of foolish beliefs such as the ludacris idea that men can give birth. And this is because of the lack of wisdom in today’s society, resulting from a rejection of God and the Bible. Science has been subverted. It has taken on elements resembling a religious cult, in an attempt to fill the void left by the Left’s rejection of religion. Americans are being divided by race. More and more people are rejecting Martin Luther King Jr.’s ideal that people are judged by the content of their character, rather than the color of their skin. Race is important to only two groups of people: racists and the Left. The media is deceiving people. They are more interested in pushing ideologically driven propaganda than finding the truth. The children, who will be our future, are being inundated with Leftist ideology. All of our culture has been infected by the woke parasite. The Left can’t have any realm in which their ideology does not reign supreme. The Left is full of complete and utter lunacy, devoid of actual logic and reality. The truths of history, particularly the evils of socialism, are also being denied. Leftist ideology has taken a strong hold over our country, and we risk the downfall of America if we don’t stand against it. So why do I care about all of this? I care because I don’t want to see America continue on this path. In Boy Scouts, I was taught that I should always try to leave a place better than I found it. When we went camping, we were expected to clean up the messes and pick up the trash, even if it wasn’t something that we left there. This is how I feel about America right now. My generation has been left a substantial mess. The Left has corrupted most of the institutions in this country, and the Left holds most of the power and influence. The Left is out to destroy America piece by piece. The values that we once held dear as Americans are under duress. There is a battle between truth and ideology going on all around us. And someone has to stand up and clean up this mess. We need people who are willing to stand up for the truth, whatever the cost may be. And I want to do what I can to help make sure that we leave this place better than we found it for the next generation. Luckily, our founding fathers made it pretty difficult for the Left to fundamentally transform America. However, American society has nonetheless changed quite drastically, even during the relatively short amount of time that is my life so far. Over the course of this book, I will be focusing on the areas where the Left is actively working to dismantle American values and culture. Seeing all of these things happening in our country is incredibly disheartening. The downfall of America is a reality that needs to be faced. I won’t sit idly by and watch as the country regresses further and further into Leftism. And I hope that, through reading this book, you will join me in standing for truth. Just know that if you don’t stand for the truth now, you may not have the option to do so later. The downfall of America can only be prevented if enough people push back against the destructive Leftist ideology plaguing our country.

Far too often, people are introduced to a caricature of the conservative movement before they’ve actually heard what the average conservative has to say. In The Downfall of America , Jake Klausner presents a conservative perspective on the forces currently working to tear down long-standing American traditions and institutions. The book outlines the ways in which the Left has waged war against traditional American values and even reality itself. In an age of emotional appeals, it makes the conservative argument using logic and statistics. The challenge conveyed to the reader is simple, but critical: “Don’t let freedom be extinguished in your lifetime; make sure that it’s still there for your kids and theirs.”

Jake Klausner is a teacher from Lenexa, Kansas. He graduated Magna Cum Laude with a degree in math education from Emporia State University in 2019. Due to his background in mathematics, he prefers to focus on logic and statistics when it comes to the issues of the day. He never wanted to be involved in political issues, until political issues invaded nearly every aspect of American life in the wake of the Covid-19 pandemic beginning in 2020. In writing this book, he hopes to both outline the perspective of the average conservative American citizen and to inspire others to stand up for what he believes to be the greatest country in the history of the world.