Dialogues Among the Species 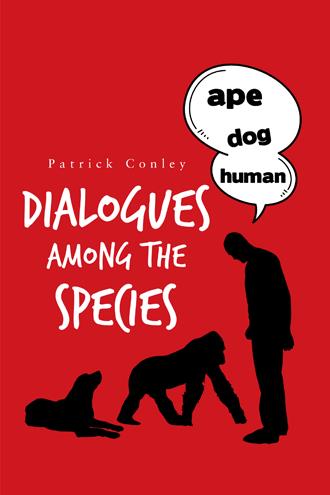 INITIAL CONTACT Most of you out there don’t know me although at one time I enjoyed something of a cult following. Back in the day when magazines were in their heyday, I even got featured in all the big time mags. Yeah, and who wouldda thought that an orphan from remote Africa wouldda made it so big? But you know, the crowd and fame itself is fickle. Fama fugit as they say. Yeah, I like to toss in a little Latin here and there just to sound intellectual although Latin is fading, too, as a sign of education. So, in all matters, human and animal, Fama fugit. But, forgive me. I failed to introduce myself properly. Call me Phil because that’s the name I go by in the human world although I am not and never was human. Sometimes that’s a blessing. No, I’m Phil the Gorilla. During my earthly existence, I weighed in well over six hundred pounds and could devour as much produce as was contained in a Mom and Pop grocery store. I couldn’t stomach what the mega-grocery stores have on hand nowadays, but back then I was a giant among gorillas and humans. Then I went on what the newspapers called a hunger strike but it really wasn’t a strike. I just got to the point where food no longer interested me. Then finally I died. The humans stuffed my body and put me on display; so popular was I that I had a flock of followers even after death. But now that fleeting fame is passing, too. My admirers have grandchildren now and these grandchildren never saw me in my prime, craftily and furtively splashing the humans who taunted me in my cage. Even then, when the humans called me a monkey and tried to goad and belittle me by jumping up and down and scratching their sides. I’m not a monkey. I’m a great ape. But a lot of the humans never got it. Anyway, after a long day of entertaining the human riff raff and even the nice humans who pitied me sitting stoically behind steel bars and bare concrete floors, I liked to split a Budweiser with my trainer who was a hell of a nice guy and understood me better than the rest of the humans. I still like to down a few ounces of the frothy drink when I re-assume material form. And that leads me to my present stage. Even in death, I keep active. You see, I get assignments from time to time to deal with humans, many of whom are chained in by their own egos. Sometimes, the humans get so self-important and self-concerned that they need to be shaken up a bit and who better to do that than a 600+ pound gorilla? I kinda get a kick out of these post-mortem assignments. The tables get turned and the gorilla gets to teach the humans. Sometimes my students learn and sometimes they don’t. But I do my best even if my pedagogical techniques are a little bit out of the ordinary. Any way, the other day I got this special assignment although in eternity it’s hard to talk about the other day. Maybe I’ve always had this special assignment. As I was sitting down in a lush field, just soaking up the rays of sun and of divine grace, out of nowhere old Gabe comes rushing in, You always know something’s up when Gabe comes swooping down, faster than an eagle and even faster than a lightening bolt. So, I readied myself for what I knew was coming: a special assignment. Actually, I don’t mind these special assignments at all. They keep my mind sharp and give a chance to resupply my stock of Budweiser. 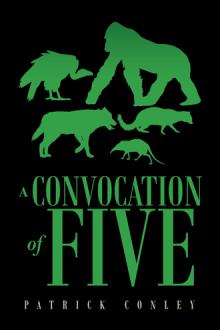 A Convocation of Five
Patrick Conley
£9.95 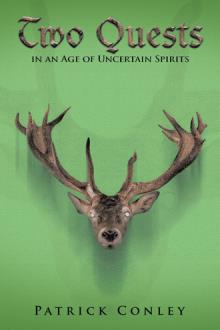 Two Quests in an Age of Uncertain Spirits
Patrick Conley
£9.95 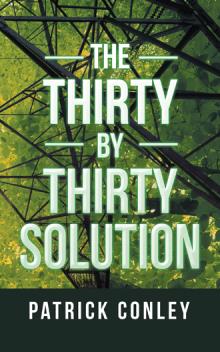 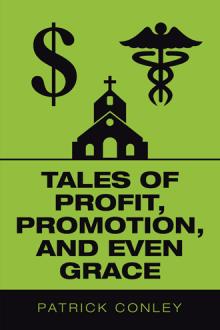 Tales of Profit, Promotion, and Even Grace
Patrick Conley
£9.95

Adam Albright had spent his entire life winning, or so he thought. He excelled in school, won recognition as an athlete, and basked in the sunshine of popularity, especially among women. He had succeeded as a lawyer and even more so as a lobbyist. All was going well in the popular estimation. However, a select few recognized that all his success lacked something, a soul perhaps or at least some concern for someone other than himself. Soon his world collapsed. His supposed seductions were revealed as harassments or even rapes. His cornucopia of cash was revealed as conduits of foreign corruption. His popularity ebbed away along with his bank account. When all was lost, would he turn his life around? He is given one last chance at redemption. Utilizing both instinctual and supernatural powers, a purgatorial mix of species are charged with rescuing Adam from himself. Will they succeed?

Patrick Conley enjoys living with his family and writing fiction. Some of his more recent works include the following: Tales of Youth and Age; Conversations with the Living and the Dead; Playing with Chaos; Broken Families: Dreams and Hopes; The Thirty by Thirty Solution; When the Revolution Comes, You’ll be the First to Go; Conversations from Hell; Nothing Is, But Advertising Makes It So; Two Tales for the Twenty Twenties; An Accidental Pilgrimage: Chimayo; Exmersion / Immersion: Worlds Without and Within; A Never Ending Apocalypse; and Tales of Profit, Promotion, and Even Grace; A Convocation of Five.