THE DARK SIDE OF CARMEL 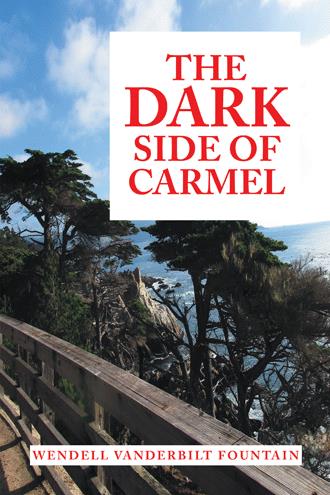 "Obrador, Spencer here, you told me to not call you back until I had something on Lennie Mason, well I did a deep Internet search on this sheet-changer, and he's a helluva lot more than that. Mason'll kill ya, he's done it before, and he'll do it again. So, if you wanna pooh-pooh my warning, go right ahead. "What's so tough about this guy? What's his background? "When he was on the police force in Jacksonville, Florida, the man who tortured and killed his first wife was beaten and killed by Mason. In fact, this man, Glasgow, actually shot Mason in a fight in a Florida swamp, but Mason was the one who walked out of that swamp, carrying Glassgow's body, he threw him to the ground like a sack of potatoes with a broken back. Look, Mason's a terror, and he's proven that again and again in Phoenix. Before he came to Carmel, with his second wife, Angie, he served as Chief of Police there for several years, and speaking of Angie Mason, she's a successful psychologist. Remember that guy I told you about, Glasgow, he tortured and raped her before Mason had a chance to kill him. Not only that, but he kidnapped Mason's son who's now a cop in Phoenix. Mason is really Bad, Bad, Leroy Brown." "Tough, huh, everybody's got an Achilles' heel, as dumb as you are, you probably don't know what I'm talking about, it's a weak point, and Mason's no different," Obrador replied. "Dumb I am, huh, if you wanna tangle with that big guy, go for it, I have a whole new respect for him. I'm not even six feet tall, and he outweighs me by about 100 pounds. Crazy. Since you're so much smarter than me, have you ever heard of Nurture vs. Nature the argument about heredity and the environment, that's to say, were you born a sonofabitch or did you have to learn how to be one?" "You wanna know what's really wrong with you, Spencer, you're like a little kid, afraid of the dark, you disgust me." "The dark hasn't put a hurtin' on me, but Mason sure as hell can."

Carmel, California is an idyllic setting that is very familiar to visitors and residents of that beautiful state; however, there is an underbelly of this place that is the dark side of the community. This book, from a fictional perspective, addresses matters of unspeakable crimes that have taken root, without the knowledge of the local residents and visitors. The former Chief of Police of Phoenix, Lennie Mason, and his friend, Walter Stolz, the Chief of Police of Carmel have led an initiative to eradicate a drug, sex, and human trafficking ring in their city. Lennie, at the behest of Chief Walt Stolz, agreed to assume the temporary role of Special Investigator and Deputy to the Chief of Police of Carmel. In that role, Lennie Mason experienced many unsuspected incidents of suspense and intrigue. Many of the rich and famous, such as Doris Day and Clint Eastwood, to mention only a couple of stars, lived and/or worked in this beautiful hamlet.