STORIES FROM BEHIND THE WAL: COMING FULL CIRCLE 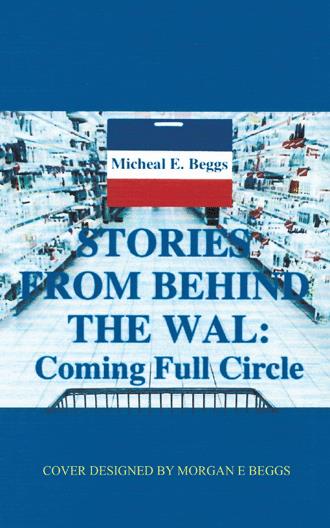 This store had a different pace. It was slower than I was used to. We only received about two truck deliveries a week and the majority of the associates were senior citizens, or on that horizon. The customer base was, too, but more over the horizon. Green Valley was, at the time, a quiet little retirement community where, as my mom would say, they “rolled up the sidewalks at sunset” and a common mode of transportation was golf carts. Hell, there were actual “golf cart only” lanes on the main road through town. We had golf cart sized parking spaces in front of the store next to the handicap spaces. And every Wednesday was senior discount day. Being all of 25 years old, I felt somewhat out of my element, but Bob helped bridge that gap. He was around my father’s age, maybe a couple years older. Bob was also retired military - Air Force - so I could relate to his demeanor. He was very sociable and he had a great sense of humor. He and I bonded, I think almost instantly. We talked about anything and everything, and Bob gave me the whole run down about the store and the community. His friendship helped making the move very easy and gave me confidence that I could make it on my own. There was one thing that always drove me crazy about Bob. It was a word that he would mispronounce every time he used it. I corrected him every time, but he never stopped using it. I’m not sure if it was a regional thing, just the way they said that word in Ohio, where he was from, or if he just didn’t care that it was wrong. There was a third option and that would be that he knew it drove me crazy every time he said it, and when I corrected him, he would have a quick laugh to himself. When Bob would want to make a very specific point, he would tell you that he was being very “pacific.” Yes, like the ocean. “When you’re given direction, you need to be very “pacific” or “I pacifically said.” I would correct him, but he would just carry on, like I hadn’t said anything. I’m going to go on record here and say that I think it was option three. I can honestly say that was the only thing that drove me crazy about Bob. Every other experience I had with Bob was joyful, inspirational and educational. Bob became my mentor for life, whether he knew that or not, and I learned a lot from him. Much of it I used in my career, and most I still use in my life today.

STORIES FROM BEHIND THE WAL: COMING FULL CIRLCE chronicles the trials and tribulations of the experiences from working more than three decades in retail. From a minimum wage hourly associate, to twenty years as a salaried member of management, and then back to an hourly paid associate, before retiring after thirty-two years, it provides a testimonial, for those with no retail background, of some of the incredible ups and downs, funny encounters with customers and associates, and the evolution of a company with small town beginnings morphing into a global retail giant. The stories propel you on a thirty-plus year roller coaster ride of humor and drama in an environment that many are familiar with but few have any experience in.

MICHEAL E. BEGGS is an avid story teller, and first time author, who worked for more than three decades as a Walmart associate. He held multiple positions over the years, beginning as an hourly sales associate and rising to management positions, of which he held for twenty of his thirty two year career. He worked in a total of fourteen stores, most of them in Southern Arizona. Micheal’s father retired from the Army in 1985 at Ft. Huachuca and the family settled in Sierra Vista thereafter. Before beginning his career with Walmart in 1988, he enjoyed doing community theater as an actor and director. He also spent some time as a production assistant on several Hollywood movies that filmed on location in the area in the late 1980s. While working in his second Walmart store, he met his wife, Kerri, who also worked for Walmart at the time. They married in December of 1993. They have two great children. They live in the Tucson area with their two dogs and three cats.