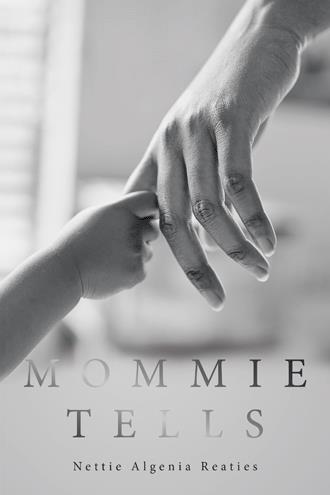 SUPPERTIME The reason for this discourse is two-fold: Whether formal or informal, suppertime allowed African Americans to exhale and give thanks. This is an appreciation of Irving Berlin's ability to capture the essence of African American Post-Reconstruction Experience. A big shout out to family, those who had someone die or disappear– with or without a trace. This is recognition for the unfortunates wrongfully accused or simply caught homeward bound by blood hungry bigoted monsters. This is a praise message for those who made it to the so-called safety of family. Making it to suppertime was a laborious task. You see African Americans had to navigate routes… Since the abolition of slavery, living life as an equal had become paradoxical, the best of times and the worst of times. Sure, freedom, the best– because, no matter what– change was 'a-coming'! But also, the worst– because look– change was a-coming! Suppertime was an introspective of angst, African American angst! It exposed the despair felt at the end of the day until a loved one was home since the Civil War ended. The meal was that time families thanked GOD– for making it through. In 1933, Irving Berlin, in one theatrical project, highlighted reality– that's entertainment! Too bad tt was easier to talk about difficult subjects (Race Matters) in the arts as real life was usually practiced but was unwilling to be confronted, via NIMBY (Not In My Back Yard) principles. It was/is crazy– the reality– those in power knew the actualities, directly and indirectly, but never would believe/claim affiliation. In fact, most turned blind eyes to the evils men did. Others simply concealed links with their charm or in closets. Back to Berlin– one of his production compositions, 'Suppertime, was super disconcerting. You see, the song was an adept representation of anguish. The very type African Americans experienced as loved ones struggled to return home from a hard day's night. Lest we forget this was a time strange fruit hung from trees, mostly in the South. Irving Berlin's observations was more than enlightened, it seemed inspired, based on attempts by self-appointed so-called righteous who were determined to wipe out his heritage, culture. It was during this time (a world away), his people were being persecuted simply because… Can you visualize Berlin's insight? Can you feel the emotions wrapped in him as this was the height of nazism* targeting people who were different (mostly Jews)? Now consider a country of contradictions - sending troops to fight to protect rights in Europe and Asia yet suppressing those same rights of people of color (mainly African American) in America. Take a moment to visualize the two realities as art imitates a time-of-day African Americans dreaded. In his rendition – a woman was grappling with news regarding her man. Can you grasp the woman sorrow at that crucial moment she learned, she realized the violation of life, her man's life? While supper should be as natural as breathing, it wasn't. Amid the boundaries traversed by art, Mr. Berlin's play epitomized a self-evident truth – African American families could not always exhale. Freedom and equality could not solely be attained by the eloquence of political leaders; the simplicity of pen strokes; or with the wars fought to end persecutions and tyranny! It is a job – hard work for all. The power machinery receptively implied vague or nonexistent threats then – while never getting their hands dirty – allows mob mentality to influence their base. However, the irrefutable truth is those inflicting the suffering were in turn holding themselves back. To this day, this meal has become an instinctive, yet ubiquitous symbol of survival. Ultimately suppertime becomes that part of the day in which families reflexively celebrated. Subliminally, it was that time each planned the morrow, navigating an integral segment of the day. Suppertime... Commentary: The Reconstruction Period should have been an opportunity to come together – stand-up and insist 'NEVER MORE'! Sadly, it wasn't. * Lower case because it is recognized as small people embodying evil 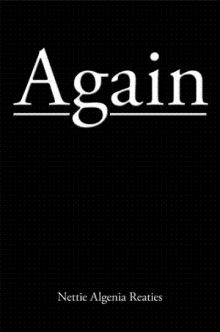 Via DNA testing, there are thousands of identifiable relatives of the Reaties family all over the world. Too bad we are so far removed we are unable to celebrate, recognize fame. With that said, this book is a compilation of stories of the Alabama to South Carolina branch. This project is a small effort to let the world know that we are here, we are proud, we are united even if distance keeps us apart. The stories reflect life and times of predecessors up through recent Reaties family antics. Most are outlines of facts regarding our forebearers and the impact their 'happenings' had on much of family, friends, community. This is a chronicle of stories shared via family events – reunions, births, funerals. A documentation of life before our remaining elders – who were there – transition from this earth and distinguish this family's roots from others. Sadly, as with most African Americans, our histories are mostly oral, rarely documented and generally unverifiable. But by documenting our stories, we are assuring an inclusive rendering of life in at least African American family. This compilation of stories has established basic truths – we lived, we survived, thrived, we are still here – proud, united, and determined to share what is known of our remaining legacy. The legacy left behind by our ancestors was amazing! So, it is up to us newbies to carry forth our lives, loves and who we are because – our history matters!

Nettie is the sixth of eight (one was stillborn) children of Pearline Blocker and David Charlie Reaties. She was born in Alabama; raised in South Carolina and graduated high school in Montana. She earned a bachelor's degree in Political Science (Urban Studies) and a master's in Business (Nonprofit Administration and Management). Nettie is the proud mother of two, Thomas William Harold Reaties White I and Ayanna MaShonna White. Equally, a proud grand of Thomas, Seth, and Amina. Nettie also has two incredible great-grandchildren–McKenzie and Thomas. She is retired from full-time work, but her employment experience did include nonprofit administration, planning, research, and fund raising. Nettie has owned a small business and worked for large corporations and a hospital gift shop. Currently, she assists her children in their business endeavors. Yet, this lady believes in the power of the volunteer, and is an avid collector of the unusual, odd, and old. In college she was a groupie (of sorts). With a friend–who dated a member of a local rock band–she followed them to gigs in North and South Carolina to get into clubs and drinks for free. Just for fun Nettie took the fast track in Daytona as a member of the 100 Club. As a history buff, she has traveled across this country, meeting and getting to know much of community eccentricities. She had sometimes dined with the rich and famous, while other times with the weird and strange. Nettie is a voice-over actor and assisted with commercials in partnership with the Southeastern Conference (SEC). She is author of the novel–Again and has several short stories in the works. And lest forgotten, Nettie also published under alternate venues: complied and published several human service directories. In partnership with government agencies–published heroes' calendars.