Freedom Is Not Free

Reflections on Moral and Intellectual Growth in a Free Society 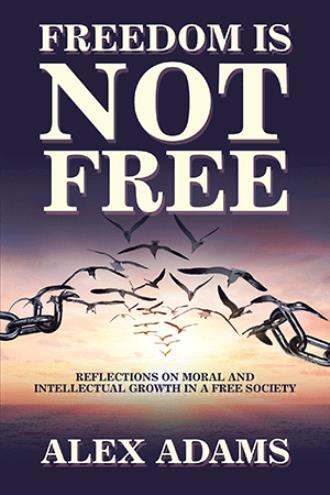 My vision for a great nation is a harmonious conglomeration of variegated people working to provide maximum opportunity for each individual to realize his own potential however he wishes. But status must be achieved in the sweat of one’s brow, rather than in the stamps on one’s birth certificate. Nations based on caste squander many of their resources in maintaining the caste system, and they are wary of change and innovation for fear that those might disrupt the caste system. Nations which use all of their human potential to the best advantage of the nation, while allowing each individual to maximize his fulfillment, will inevitably thrive. But in order for this equality of opportunity among different individuals to persist, there must be an overarching government to make sure that everyone plays the game fairly. In the absence of such a supervisor, equality among groups is an unstable equilibrium: one group, unwittingly or wittingly, will come upon an excess of resources, making it stronger vis-à-vis the other groups. This same group will use its new strength to gather still more resources, continuing in a positive feedback loop until all other groups have been squeezed out of any resources at all. The result is yet another caste system. This is exactly what happened in our country with Americans of European ancestry, prior to voting rights acts and other fair play laws. This is exactly what happens with dominant tribes under African dictatorships today.

Liberty and character play vital roles in the functioning of free societies, but we often overlook both. Alex Adams gives them the attention they deserve in this memoir, highlighting his adventures and missteps in seeking to improve the lot of mankind. His insights will particularly resonate with his fellow scientists and engineers, who may recognize themselves in various parts of the story—or see alternate ways to deal with problems. The author’s intent is to highlight the good, the bad, and the ugly aspects of human behavior to come to conclusions about how we’ve arrived at our current state, where we are likely headed, and how we should think about our lives. Throughout the book, he promotes the value of freedom even while recognizing that many have difficulty managing it. Even so, he cautions everyone against authoritarian government as it stunts personal growth and inevitably leads to corruption. Join the author as he shares the lessons he’s learned over a long career and urges everyone to reject party politics in Freedom Is Not Free.

Alex Adams is a retired computer software computer engineer living in New Jersey. He has extensive insights into academic life and software house culture, and he offers many observations on the human condition, gained from decades of work experience, volunteering, reading, and world travel.