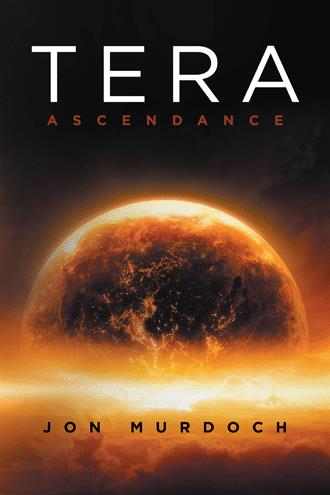 Surely, the Federation expected some type of attack, perhaps even assuming that Tera would take part. Although they had no idea of the crushing defeat they would face by the hands of only two warriors. Light armored vehicles take point, charging through the trees. The Chinese AFV Type 104 mounts 40-millimeter chain guns while simultaneously carrying eight ground forces within its rear, a direct descendant of the Type 92. It is a quick-response vehicle with enough power to possibly challenge a tank if given the proper leverage. With its plating and horsepower alone, it can stampede across the forest, crushing and grinding the timber into splinters as occupants desperately search for their target. Wildly, they fling themselves within the fog, quickly realizing how dense it can be toward the center. They are not deterred, but only slowed. They approach closer even though they can see less. It would be unwise to assume that, if they could not see, neither could their enemy. When they pause, the hatches of their transports burst open releasing another small battalion’s worth of forces onto the ground—their second mistake. For this would be his test, and they would be his first subjects. Had they the ability to react, it would not be a compromising argument for their swift annihilation. Saikou’s deft approach leads him around the most outlying transport, circling from the front to its rear. One swing of his arm instantly decollates its entire cargo, making only the faintest gush of noise. Catching his claws across the roof, he perforates it in two. Only then do the others realize their impending doom. The wailing screams of their comrades’ echo throughout the fog as the horrifying screech of ripping metal pierces their ears. Unable to even act before chunks of the vehicle fly haphazardly about, several troops are hit before being able to take cover. His strength, sharpness, and durability have now been experienced firsthand. While still blinded, they now know they are not alone. Hastily turning their cannons in the direction of the shrapnel, they begin shooting, gears blaring and whining. Fired recklessly into the abyss, the shots ring forth. Pounding booms of air quickly clean the fog around them, revealing a glimpse of the destroyed vehicle. They have caught several of their own rounds, and the question is raised—is friendly fire applicable at this point? Yet there is no indication within their view; their hunter is still unidentified. Without a clear line of sight, several troops turn from their safety. Every cannon’s cockpit rotates as well, scanning the perimeter for any clue. However, Saikou’s game is not quite finished yet. As a lone cannon turns to its left, attempting to view its flank, it is suddenly stopped. Several jerks of the joystick yield no results; something is disrupting the gear. With their troops on the other side approaching the wreckage, the commander glances across each port mirror. His environment appears clear; he has no sight of any hostiles within 360 degrees. Unwisely choosing to fall for this trap, he pops his head out the top for a better look. Striking without hesitation, Saikou launches his metallic tail into the commander, giving him an immediate lobotomy. Two vehicles have been disarmed or maimed. Three are left, including the tank dragging behind. He would not underestimate the groundlings, though; such arrogance is untactful after all. He clambers to the open roof, reaches in, and pulls out the gunner, paying no attention to the method of extraction. What dangly bits of flesh catch upon the interior get left behind, painting the controls and driver with a bath of blood. By now, the other commanders have finally laid eyes upon their assaulter. Yet how their courage falters as they watch this ravenous titan effortlessly tear another vehicle and its crew apart. Hesitation overtakes them; they shiver without the ability to lay forth a command. Only does the thunderous crack of their backup rack them with determination once again. A singular round escapes from their tank, finally arriving at the scene in full force. Whether by sheer luck or perfect intention, Saikou manages to strike the round backhanded as it approaches him. Its direction now influenced by an outside force, it tumbles away into the trees. Undeterred, the tank operator sends another down range. Rather than tempt his luck again, Saikou chooses to escape this attack. Separating himself from the vehicle in a leap, he catches himself and rises to match his gaze with the barrel.

Millennia ago, we lost Earth. Forgotten to time, and remembered only through tales of the three Masters. Leading a new breed into the future. Their followers and kin learn well from their history, enveloping themselves into their Masters’ words and the lives they once lived. The very origin of their world, once country. Now, on the planet Tera, its citizens have one of the most advanced civilizations, touting energy manipulation and advanced warfare. If only they were to be left to their own desires, perhaps they could evade the inevitability of war. Terarians stand as a lone bastion, a sole force against unfathomable opposition. How could one rebel planet hope to survive against hundreds of alien allies, and their god? Overwhelming power, and a touch of magic.

Jon Murdoch was always good at making stuff up, building stories from nothing on a whim. A few characters started from simple inspiration, from various media during his school days, growing into a small world. Years later, while on post overseas, he decided to spread that imagination to paper, cementing his desire to write. Ten years of building from that first attempt and that single world bloomed into a vast universe.