A Month of Murder 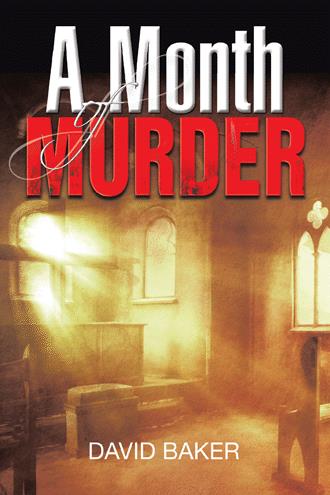 1 May 1976. Thirteen-year- old ‘Minnie’ Hargreaves is murdered, and her body half buried on a building site at the edge of Holme Hill, a village in West Yorkshire where she lived with her parents. David Harrison, a near-neighbour, is convicted of the crime and sentenced to life imprisonment. He dies in prison. 43 years later, Holme Hill becomes the scene of two more murders: Rhys Williams, a lonely old widower, found on a bench by the village cricket ground. A week later Peter Smith is found face down at the organ in Salem Chapel. Both corpses have a quotation from the Bible pinned to them, along with dates - the first two when Williams and Smith were murdered; the last two, dates in the future. DCI Donald May heads the investigation. Born in Holme Hill his family worshipped at Salem. The murders seem inexplicable: two blameless old men; seemingly the same murderer. A darker past emerges as May, DS Viv Trubshaw and DC Charlie Riggs investigate. Then a third murder, as forecast. May has seven days to the fourth. He discovers much more than just the murderer: all in one month; a month of murder.

I was born in Bradford, West Yorkshire, in 1952. My first love was the church organ, which I began playing from the age of 12. By the time that I was 16, I was an Associate of the Royal College of Organists. I gained my Fellowship the following year. In 1970 I was elected Organ Scholar of Sidney Sussex College, Cambridge, graduating with a First Class Honours degree in Music three years’ later. I took an MMus degree from King’s College, London in 1974, then moved into Library and Information Services, taking a Master of Library Studies degree in 1976 and a PhD in 1988. Both of these degrees were from Loughborough University. I gained an MBA with the Open University in 2002. I am also an FCILIP, an FCMI and an FRSA. After a number of library posts at Nottingham, Leicester and Hull Universities, I became Chief Librarian of the University of East Anglia, Norwich, in 1985. I was promoted to Director of Information Strategy and Services in 1995, and Pro-Vice-Chancellor in 1997. I became Principal and Chief Executive of what is now the University of St Mark and St John, Plymouth (Marjon) in July 2003, also becoming Professor of Strategic Information Management there in 2006. I retired in 2009. From 2008 until 2012, I was Deputy Chair of the Joint Information Systems Committee (Jisc). I have written widely in the field of library and information management with 17 monographs (most recently with Chandos Publishing) and over 100 articles to my credit. I have spoken at numerous conferences, led workshops and seminars and have undertaken consultancy work in most countries in the European Union, along with work in Ethiopia, Kuwait, Nigeria, South Africa and the Sudan. I have led a number of large technology-based projects in the LIS sector, both in relation to digital and hybrid library development and content creation for teaching and learning. My other key professional interest and expertise has been in the field of human resources, where I have been active in major national projects. I have remained active as musician and musicologist, with the first edition of my book The Organ (Shire Publications, 1991) selling over 10,000 copies. A second edition was published in 2003 and a second revised edition in 2010, both still with Shire. I have undertaken recital tours to Germany, Italy and Scandinavia and when organist of Wymondham Abbey, Norfolk, performed the entire organ works of J S Bach in 26 recitals. I am a regular writer and reviewer of organ and choral music and recordings, and was Deputy Editor and then Editor (until December, 2008) of The Organ magazine. I now focus on teaching the organ and in 2011 I founded the Halifax Organ Academy, which aims to offer high quality tuition and support to organists of all ages and backgrounds in the north of England. I am also a tutor for the Royal College of Organists/St Giles International Organ School. When not working or performing I enjoy watching cricket and walking as well as creative writing.