From Scapegoats to Lambs 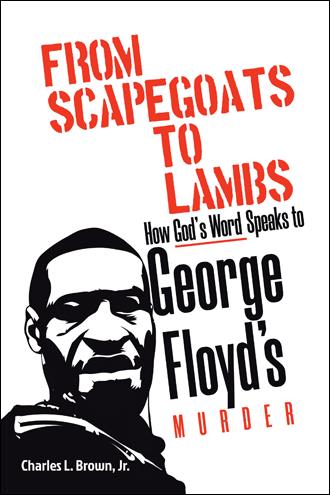 One boring afternoon as a teenager, I was channel surfing and stumbled upon a wildlife documentary that stopped me in my tracks. A herd of zebras were congregating adjacent to a brush harbor, when a lion inadvertently detected them from a distance and slowly made its way toward the zebras in stealth mode. Suddenly the lion leaped into the foreground causing one baby zebra to panic and in a matter of seconds, the lion tracks the confused zebra and initially snares the young mammal with the claws in its paws. Almost immediately, as if driven by nature, the lion pounces on the zebra, and just when I thought it would brutally maul the zebra, killing it instantly, the lion opens its mouth extremely wide, and lunges for the zebra’s neck, using its four long canines as a vice grip, completely encompassing the zebra’s neck, and then waiting patiently for the life to slowly seep out of the young mammal. The lion was neither enraged in a frenzy, nor out of control; it was content allowing the zebra to attempt to reposition itself so it could breathe, if not free itself, but the lion had mastered its hunting technique, effectively put a chokehold on the zebra to precisely rob it of the ability to breathe. The other zebras watched in horror from a safe distance away, both terrified and mesmerized by the torture of one of their own. They snorted and brayed at the lion as if to curse at it for killing in cold blood, but the lion simply looks at them nonchalantly and casually while its canines suffocate its victim. Slowly but surely the zebra’s movements lessen and finally the young mammal goes limp, a victim of a calculating predator that is addicted to the thrill of striking terror and killing its prey deliberately and methodically. Fast forward many decades later to May 25, 2020, and the recording of former Minneapolis police officer Derek Chauvin’s bodycam revealed that it is quite possible he may have watched some of the same wildlife documentaries on lions hunting their prey in his lifetime. What the videos show is a predator neither out of control, nor accidently killing George Floyd, but one who had become well-acquainted with modes of torturing and dehumanization. His facial expressions gave away that this methodology of policing was not new for him; and indeed, PBS NewsHour did some digging, and their investigators uncovered first-hand accounts from the victims in six cases where the Attorney General had concluded that Derek Chauvin had used excessive force. Just as the lion uses its power to inflict terror in order to legitimize its supremacy in the animal kingdom, on May 25, 2020 we saw a man comfortable weaponizing his badge, his gun and his blue uniform to terrorize a community; this is how Derek Chauvin operated. However, due to circumstances beyond his control, during the trial, the blue wall of solidarity that normally is able to withstand any pressure that would present itself on the rare occasion that an officer was forced to defend their actions in court, this time, it abandoned Derek Chauvin, as multiple members of the law enforcement from the Minneapolis Police Department stated in no uncertain terms that using a knee on the neck chokehold for nine minutes and twenty-nine seconds was not a part of any sanctioned training. I watched horrified as the viral video showed how those officers treated George Floyd’s body like it was an animal, and it took me all the way back to my teenager years watching documentaries of lions hunting and asphyxiating their prey. For many of us, this brutal execution was a replay of a bad recording spun over and over. Emmett Till, Medgar Evers, James Chaney, Fred Hampton, Robert Hoyt, Amadou Diallo, Trayvon Martin, Michael Brown, Sylville Smith, Sandra Bland, Philando Castile, and the list goes on. Let’s not forget the lynchings of the 19th and 20th Centuries, the Rosewood massacre; the Tulsa, Oklahoma massacre; the Orangeburg massacre, the Wilmington, DE race riot, and so many others where law enforcement often co-mingled with members of the community to use violence on black and brown bodies. Different names, familiar narratives. And yet at the same time, I think that a growing segment of the population has sensed that something different occurred in this killing that separates this moment in time from others. When I saw the video of George Floyd’s murder, I asked God to show me in a profound way what is going on here. Help us understand this sickening phenomenon…not just this killing, but this runaway train of state-sanctioned senseless violence that privileges law enforcement to terrorize with impunity as long as they can say they feel threatened, whether a threat exists or not. How does your Holy Word Jehovah, written thousands of years ago, enlighten and empower us in this moment? What are the dynamics at play which have brought us to this moment and keep us stuck in this space of reoccurring police brutality combined with no accountability? As men and women of faith, how can we get more folks to see that all lives can’t matter until black lives matter? Whether or not the agenda of white supremacy is ever permanently nullified or not, what are the strategies that can neutralize if not overturn evil’s obsession with violating black and brown bodies? In asking these questions from God, like Jacob wrestling with the angel and refusing let go until the angel blessed him, God blessed me with one word: scapegoat. I took that one word and crafted a sermon, and by the end of the sermon, God had given me the template for this publication. This then is the goal of From Scapegoats to Lambs: How God’s Word Speaks to George Floyd’s Murder. God may allow all manner of evil to persist, but simultaneously, God delights in equipping men and women of faith with the tools to triumph over evil even in death.

Unlike so many murders of unarmed black and brown bodies by police officers, the viral video recording of George Floyd’s modern-day lynching set into motion a Kairos moment in time, the impact of which is still being felt over a year later. How/Why did God usher in this season of transformation now? Can God’s Word teach us how to reverse engineer communal violent scapegoating? What role can each of us play to eradicate police brutality? From Scapegoats to Lambs: How God’s Word Speaks to George Floyd’s Murder audaciously confronts these issues stemming from Charles L. Brown Jr.’s unflinching belief that God’s Word is uniquely qualified to preach to and through the legacy of the suffering of black and brown bodies, and that the Lord has a way of humbling the powerful and empowering the humiliated. In adopting what he calls “hood hermeneutics,” Brown joins the ranks of a growing number of unapologetic, black, Christian intellectuals unashamedly challenging the Church to mine the text with ferocious passion until it speaks compellingly to the struggle of those violently scapegoated.

Charles L. Brown Jr. is a Baltimore, MD native who is the founding pastor of Family of Faith African Methodist Episcopal Church, in St. Thomas, U.S. Virgin Islands, and co-founder of The Virgin Islands Alliance for Consumer Justice. Before engaging in consumer advocacy and public policy in the territory, he served as Capitol Hill legislative staff for members of the U.S. House of Representatives and Senate and afterwards as a lobbyist for a national, non-profit called Teach For America. He is the owner of the website ServantLeaderMinistries.com, a resource portal that will feature diverse works showcasing how a distinctive approach to God’s Word is able to inform and empower how we confront modern issues. He has been an ordained minister in the A.M.E. Church for over 30 years, and after sitting in multiple graduate courses under Dr. Cornel West while matriculating in seminary, he became relentlessly passionate about the nexus between faith and social justice.