The Zetmeir Family in Bavaria and America 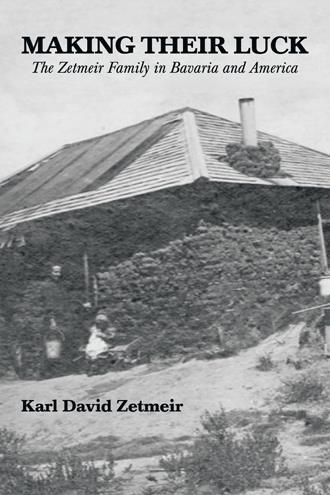 Joseph and his family had turned from coal mining in Kansas to farming in Oklahoma and had prospered. They had homesteaded the semi-arid Oklahoma plain and had made their farms productive. When Joseph put down his first crop in 1902, the price of wheat was sixty-two cents a bushel. By 1919, World War I had increased the demands for US wheat and had pushed prices to over two dollars a bushel. Most of the farmers in that region prospered handsomely as a result as well. Wheat speculators would soon descend on this region to buy farms wherever they could find them. As it turned out, Joseph and Lena's timing to sell their farms in 1920 coincided perfectly with the market's high demand. But unbeknownst to them, they also narrowly escaped financial disaster as world events were soon to prove. By the mid-1920s, crop prices started declining, forcing Oklahoma farmers to plow more land in order to make the same gains as in previous seasons. It would all be to no avail. The Wall Street Crash of 1929 and the ensuing drought would see most if not all of Joseph and Lena's former neighbors economically ruined.

MAKING THEIR LUCK is the personal family genealogy of the Zehetmeier family, and the story of how they immigrated from Bavaria in 1883 to settle first in the coal region of Kansas and then the harsh Oklahoma plains at the turn of the Twentieth Century. It is reflective of the common immigrant experience in America; that of leaving a country with no prospects to voyage to another in hopes of making a better life. Originally motivated to just discover his family’s place of origin in Germany, the author’s genealogical search turned into a lifetime pursuit of his family roots. From their first known ancestors in Germany, it follows their family tree to the author’s great grandfather crossing the Atlantic to settle in Kansas during its frontier times, and to later take a growing family by wagon across the plains to build a homestead in western Oklahoma. It is a journey over a path well-known to genealogists; years of detective work in libraries, archives, vital statistics, church records and family interviews to capture the story of his ancestors. He has added from local histories of the regions his family lived to gain a better perspective of their life and times. It tells of the hard scrabble existence of coal-mining, and surviving a near disaster, to cutting a sod house out of the desolate prairie to make a 160-acre homestead a place to raise a family and prosper. Far from just a ledger of names and birthdates, it describes how they worked and endured to carve out a life in a new country and set a legacy of hard work and integrity that has spanned their generations. The title itself stems from a popular family phrase: “If I only work hard enough, I’ll make my own luck.”

Karl David Zetmeir is a retired US Army officer whose interest in his family’s German genealogy and history began with stories his father told during family trips. Born in Kansas City, Missouri, he graduated from North Kansas City High School where his studied the German and history. His military career led him to assignments in Germany, where he began what would be a thirty-year odyssey of researching his family story. He retired after twenty-eight years of active service as a Lieutenant Colonel, having served in various assignments in the United States, Germany, the Mid-East and Africa. These included Operations Desert Storm and Desert Shield, Bosnia-Herzegovina and the first US officer assigned to the German Bundeswehr’s psychological operations unit. He holds a bachelor’s degree in Political Science: International Politics from Park University, and a master’s degree in International Relations from Troy University. His final assignment was as a Special Operations Forces instructor at the US Army’s Command and General Staff College at Fort Leavenworth, Kansas. Karl met his wife, Manuela during his first overseas assignment to Berlin, and they raised four children together. He currently works for the US Department of Veterans Affairs in Leavenworth, Kansas.