Season of the Turtle 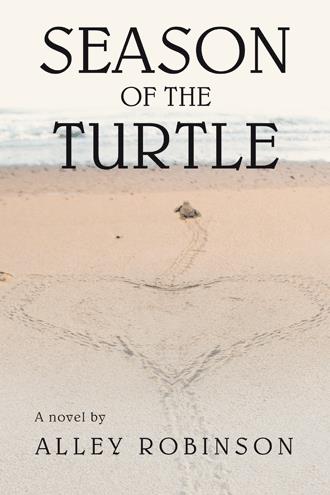 It was a lovely night. The air, filled with a salty tang, was considerably cooler than when she’d been on the beach before sunset. The beach was deserted; not a single person could she see, nor the beams of any flashlights. The full moon was intermittently hidden by swiftly moving clouds. In the flashes of light from the distant lighthouse, she could see the little ghost crabs scuttling along near the waves. Come on, Kate. What's keeping you? She took out her phone and checked Kate's text again. She saw her own hurried response "On my way," and nothing after that. She looked around, hoping to see her friend or Kate's light coming toward her, but she detected no movement, and the roar of the incoming tide covered any sound that might have reached her on the night air. She looked at the texts on her phone again, started to type "I'm here, where are you," when she sensed rather than saw movement beside her. She started to rise, half-blind from the lighted screen on which she'd just been focused. Before she could straighten, an arm came around her from behind, drawing her up and back in a painful choke hold. Off balance, she fell against her attacker, and he dragged her backward, into the dunes. He threw her to the ground, knelt over her and gave her a vicious punch in the stomach that knocked the breath from her body. He was a large man, with an odd, almost medicinal smell. His legs straddled hers, and he pinned her arms above his head, his face near hers. "Been asking lots of questions, haven't you, bitch? Bothering people. Digging up secrets. Well, teacher, this will teach you to mind your own business." He shifted his grip to hold her wrists in one hand in an unbreakable grasp. Over the noise of the surf, she heard the sound of his zipper and thought, Oh, God, help me, I'm about to be raped. The thought moved her to fight. She thrashed and twisted against him, screaming. In the back of her mind, she knew that no one more than a few yards from her would be able to hear her cries. She heard him grunt with pain as one of her kicks landed, and his grip loosened slightly. She wrenched a hand free and raked her nails across his face. He threw sand in her mouth and she choked, feeling her strength wane. While she struggled to breathe, a brutal hand yanked her tee-shirt up to her chin, undid the snap in the front of her cutoffs and tugged at her zipper. Then, just as suddenly as he'd grabbed her, she felt his body being lifted away. She rolled to her side, spitting and coughing. In the faint flashes of the lighthouse beam and the glow of the moon, she saw two men struggling above her. 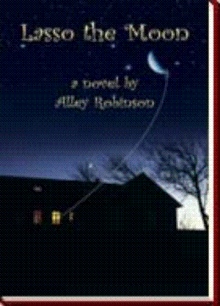 When the season for guarding sea turtle nests on Oak Island, North Carolina, began that year, Aubrey Benson struggled to find her usual passion. Rebuffed by her teenage daughter, Sunny, and threatened by her ex with a custody change, she was weary of her life and certainly in no mood for romance. The big, homeless war veteran probably meant to be helpful, but Aubrey distrusted him from their first meeting. It took days of working together on the beach for her to accept, then admire and, finally, to love Tom Clayton. But a sexual assailant is stalking the sleepy coastal community, and Tom fits the description of the attacker. Aubrey struggles to prove to herself and others that her faith in Tom is justified. All the while, a predator is closing in, and a dark, deserted beach is the perfect setting for danger.

Alley Robinson is a professional copy editor and retired Web writer. She lives in coastal North Carolina and spends every summer volunteering with her local sea turtle protection program. Alley's other novels include "Lasso the Moon," "Summer of the Changing Woman," and "Safe and Sound."