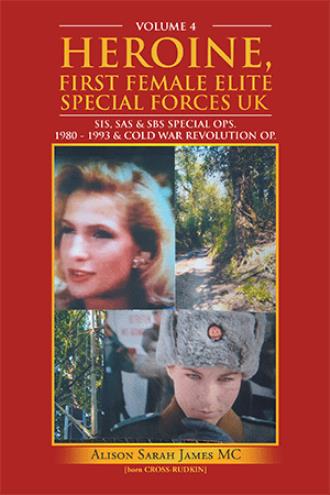 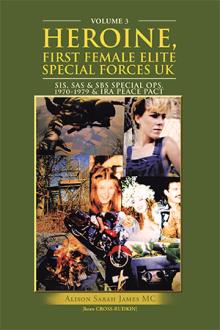 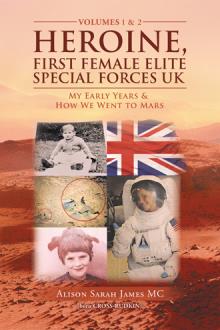 AUTHORISED & VETTED BY SIS/SAS/SBS & WING COMMAND, UN CONCURS, SAMMIE’S NUCLEAR BAN TREATY IS PASSED TENSE NERVOUS HEADACHE STAGES, IN FORCE 2021, HOORAY! G. RAF’S AIR CHIEF MARSHAL writes: ‘Another slug of truth bullets to the brain, WOW! BRILLIANT AGAIN! I particularly enjoy Falklands secrets, go on, give yourself a treat and read of us in special operations with Sammie, de facto 001 since 1964, official TopGun, and it was chilling to learn Russia stitched up on so many poisonings! Former 001, John Le Carré aka SAS David Cornwell, on reading Vol. 3 says ‘surprised to find these antics being so small and so successful, we all show ourselves up as human in writing and her huge steps for mankind look mundane to others but try action in enemy territory and you’ll find it’s hot stuff she gets out alive, my God!’ My favourite woman, M now, love you poppet. Signed Sir Michael Wigston, W. really.’ Prime Minister Boris Johnson notes: ‘And so we go on from Alison James’ superbly received earlier Volumes, satisfying tomes for intellectuals who enjoy real life history. She is relentless in seeking answers on everything and everyone she meets in her world as 001 extraordinaire and the same in her life as an individual, still on every SAS & SBS special operation; I have read all her files, now a scholar of our recent history and I bless the day she was born as she adds much more to history than being just UK first female in mortal combat! We love her at Eton College where we are all fans, she is an icon of lovely peaceful endeavours through a brutal resilience she owes to her upbringing by her father, like I do mine.’ ‘Like me too, grateful we are’ writes Sir Keir Starmer MP, Leader of Opposition ‘supporting your hard-won UN ban-the-bomb global proposal to eliminate nuclear weaponry as you call your Treaty as Boris sets a good trend in supporting this himself, universally agreed.’

ALISON JAMES: ‘Hope you enjoy original scribbles from raiding our Intelligence files, de-classified now by PM Johnson, to reveal the truth behind anti-communist revolution after years of hard work by brave 00s and beyond, the Iron Curtain rising in 1989 to end the arm’s race between super-powers USA & Soviet Bloc. We must reap peace dividend translated into international law by global ban-the-bomb UN Treaty; help us ensure WMD-holding States all sign up together, why wait? This book should make you feel safer with UN supporting reassurance we offer on mundane truths behind scary poisonings where Putin’s Russia is innocent; the atrocities reported are traced back to spy stuff seen originating in Cold War. My honour to be awarded 37 MCs now, eight turn up hidden by former PM, fancy that!’ Previously published ‘HEROINE, FIRST FEMALE ELITE SPECIAL FORCES UK’ VOL. 1 ‘MY EARLY YEARS’ & VOL. 2 ‘HOW WE WENT TO MARS’ VOL. 3 ‘SIS, SAS & SBS SPECIAL OPS. 1970 – 1979 & IRA PEACE PACT’