“How Do You Find Malaysia?” 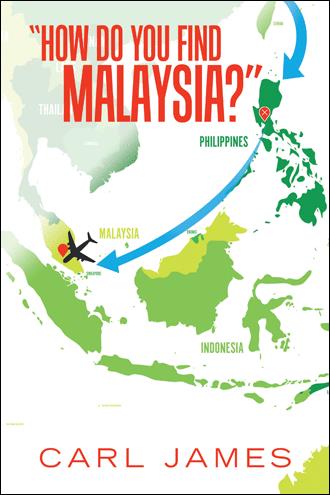 The following incident occurred after the author had arrived in a very remote village to spend a weekend. The purpose of the visit was to get a personal experience of a part of Malaysian life that is much less developed than other areas. “Adik” means little brother. The next morning, I was walking down the road with my Adik when an old car pulled up beside us. It was the typical make of car often found in remote places. It was a British make, called a “Morris Minor”. It had scars that indicated a long life. The man driving was also old. Ancient in fact. From the way he was interacting with Adik, the more I realized that he was an important man in this village. I gathered very little that they said, because they talked too fast for my tender ears. Then he drove away. Adik acted like he’d been asked to tea with Queen Elizabeth. He said that I was invited to dinner, at the home of the village Head Man. He seemed to be a bit tongue-tied, and a tad jealous. I don’t think there was a choice, it was a command performance. That evening I changed into the only halfway decent clothing I packed, and walked to his house. Adik was also invited to come along, in the role of intermediary. He loved every minute of it. The Head Man was very genial, warm and polite. Even though our conversation with him was a bit unbalanced due to my mastery of the kindergarten language level, he put me at ease. He was confident, wise and had a contentment that seemed incongruous when paired with his meager means. He also showed a level of wisdom that seemed to emanate from his smile, including his eyes. Once again, I ate fully, as that seemed to be the way to compliment the cook, and showed that I prized Malaysian food very highly. Even with my mouth on fire, I quickly accepted more food that was offered immediately when my plate was empty. I remember eating copious amounts of a dish that looked like little one-inch chopped pieces of a garden hose paired with a fiery concoction that almost strangled me. While completing my diplomatic duty, I paid verbal homage to the delicious food. Then I asked what I was eating. He smiled and proudly and said, “Perut Lembu”. Cow intestines. He interpreted my question as a request and piled another generous portion on my plate. I squared my shoulders back and ate it all. I reckoned that I might be on track to an ambassadorial posting considering my constantly evolving cross-cultural successes.

A chance meeting in early 1977 took the author on a forty year journey in South East Asia. This encounter triggered a journey of exploration, learning, and a deep immersion in cultures that challenges one’s preconceived notions. This is a story of episodes, many of which may seem fiction, but they really are the absolute truth. Take a ride with the author and get drawn into Malaysian communities that never fail to delight and surprise. Malaysia in the 1970’s was a nation in a period of growth, change, and of a rich multi-racial society that that was working feverishly to forge a united nation. As it should be, this book is a joyous appreciation of people from many backgrounds. From trishaw pullers to CEO’s, to cooks in hawker centers to movie stars; they formed a tapestry of community. The author volunteered to go to Malaysia and teach high school math. He intended to impact the school and its students in a positive way. The opposite happened. The short time he was in Malaysia affected him deeply, and all for the better. Most of all, this story invites the reader to just come along.

The author, Carl James, was born and raised in a rural area in northern Michigan. Before taking this journey, he had only left the country twice; on day trips in Toronto. After high school, he enrolled in Central Michigan University and earned a Bachelors’ Degree in Education. He majored in English, and always enjoyed writing. As a lifelong learner, years later he earned his Masters’ Degree in Education, and his certification in Gifted Education. While he was teaching during his senior year of high school, he met a substitute teacher who had just returned to the country after spending two years in the Peace Corps overseas. An idea set off sparks, and he applied to join the Peace Corps. After he was accepted, he chose South East Asia as a first choice for his service. He was asked to go to Malaysia to teach high school math. That was more than forty years ago. During that time he taught school in both Singapore and Hong Kong before finally returning to the US. He also married a beautiful young woman from Malaysia. He is a proud father to a son and daughter. His return was like returning to a different country. Only after he returned did James start thinking about writing his story. After many years of thinking while ideas percolated, and with his wife’s encouragement, he decided to share this experience with readers. Carl James is still teaching in California. He loves to write along with his students so that they can share their stories.